PHILADELPHIA (CBS) -- A shooting at the Chickie's & Pete's in Northeast Philadelphia Thursday night left a man injured and police searching for three people. This may have been an incident that involved jealously, according to police.

They say a man and a woman were dining at the outdoor tables Thursday evening. 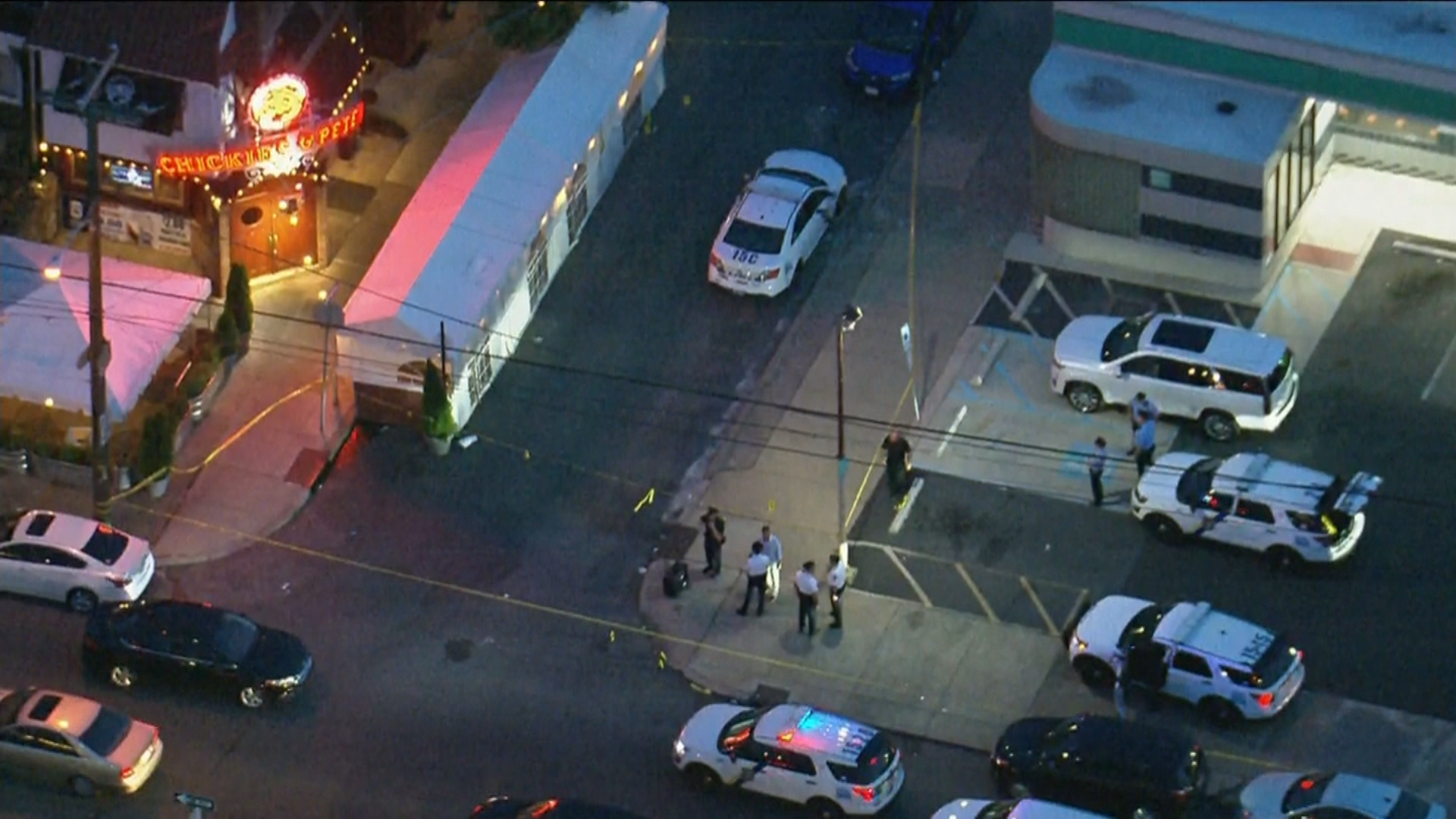 The woman went inside to use the restroom and saw three men that she may have known years ago.

Something about that encounter made her boyfriend angry, according to police. They say he has a permit to carry a firearm and went inside to confront the three men. In doing so, he displayed a gun.

The confrontation made its way outside of the Chickie's and Pete's near the intersection of Frankford Avenue and Robbins Street.

Investigators say the boyfriend and the group of three fired shots at each other outside.

The boyfriend, who is 23, was shot in the stomach and police describe his condition as critical but stable.

One man told Eyewitness News he rushed over to the scene knowing his mother might be at the restaurant.

"First thing I did is give her a call and she says, 'They won't let me out. They got me locked in Chickie's and Pete's.' I said, 'Mom, you're kidding me. You're here?' She says yes, she says, 'There's shooting outside. I thought it was fireworks,'" Enrique Santiago said.

Police say it's too soon to tell who fired shots first. They're trying to locate the three men involved in this incident.

Police believe them to be between 21- and 25-years-old and possibly driving a white sedan with tinted windows.