Week 7 in the NFL opens with an NFC North matchup between heated rivals, the Green Bay Packers and Chicago Bears. The Bears have been without starting quarterback Jay Cutler since a Week 2 loss to the Eagles, and backup Brian Hoyer has played well enough to cause speculation about replacing Cutler as the starter for the rest of the season. Meanwhile, the Packers have opened the season 3-2, but have been criticized for how poorly their offense, particularly quarterback Aaron Rodgers, has played.

CBS Local Sports: Once Jay Cutler is healthy again, do you believe Brian Hoyer goes back to the bench?

Bart Scott: Well, unfortunately a lot of times you have to follow the money. Brian Hoyer as the answer long-term at quarterback, he's had his chance. He understands he's playing for his career, and he's played well. [He's] represented himself well, the offense has moved well. But they're going to give Jay Cutler his job back to see if he can keep that momentum.

They invested a lot into Jay Cutler, and it's hard to explain to an owner that they may have invested in the wrong person. Jay's going to come back, and he's going to get his job back.

CBS Local Sports: Aaron Rodgers has had issues before with his teammates not being focused off the field, and now it seems like those troubles have spread to the field with penalties, turnovers and mistakes. What is the biggest problem Green Bay needs to correct?

Scott: Just like last year, the inconsistency in the running game. Jordy Nelson hasn't fully recovered or doesn't fully trust his knee yet. That's always a process whenever someone comes off an ACL surgery. We all try to compare everyone to Adrian Peterson and when he came back from his ACL surgery... what he was able to do. But, everyone is different.

So, [the Packers] aren't getting any separation. They don't have any vertical threat, and now that forces Aaron Rodgers to hold onto the ball. In previous years, he was able to buy time in the pocket. But now when he buys time, teams have a plan not to let him out. They don't get past the quarterback's depth, and they're getting to him. The Cowboys were able to get him twice last week, hit him and have turnovers based on him holding onto the ball too long. 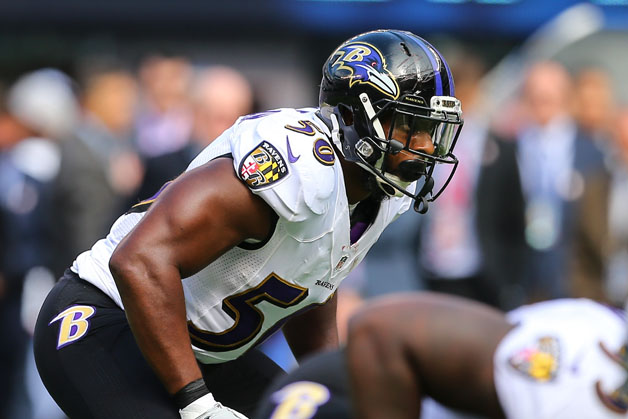 CBS Local Sports: Terrell Suggs' injury could have him out for the season, and his absence truly hurt the defense last year. How could the Ravens make it up if he has to miss another season?

Scott: Well, the thing is, they're equipped to handle anything. The fact that they went through this last year gives them some understanding of how to operate without him. It all depends on Elvis Dumervil's health and him being able to come back and create some type of balance.

But, you don't really replace Terrell. He's not the player he once was, of course, he's in his 14th year now. But he is a pro. He's a coach on the field. He understands the idiosyncrasies of the game. He understands formations, tendencies, third downs, jumps. He can get the timing of a quarterback's rhythm, body mechanics and when the ball is coming. That's something that you can tell other players on your team. It's something that helps players make plays. Having a coach out there on the field who can prepare them.... that's going to be missed.

CBS Local Sports: Is Ryan Fitzpatrick the answer for the Jets at quarterback?

Scott: Only they know that. They see the practices every day, they know what he's supposed to be doing, they've broken down the film. A lot of times  it's easy for us to sit back and critique what's going on and who messed up. Too often I see people blaming people for things I know aren't right. 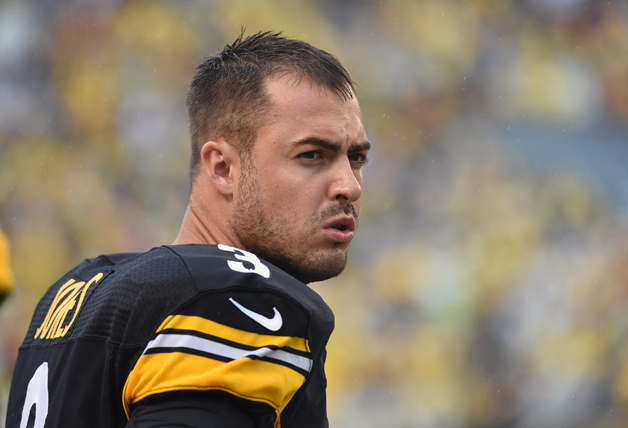 CBS Local Sports: Can the Steelers have success with Landry Jones, the way the Patriots had with their back-up quarterbacks?

Scott: This isn't Landry Jones' first rodeo. They're just going to have to lean on Le'Veon Bell, understanding that Bill Belichick will try to take away their number one weapon. Who is that for the Steelers?

The Steelers will have to see what the [Patriots'] game plan is defensively. If they try to take Le'Veon Bell away, then they'll have to lean on Sammie Coates and Antonio Brown. The good thing about the Steelers is they're a balanced offense. Ben's been able to spread the ball around. Jessie James has three touchdown catches, he was Ben's security blanket. But it will be interesting to see who Landry Jones has chemistry with, because every quarterback has their guy who they lean on.

I would think maybe it would be Sammie Coates, because Coates wasn't the starter. So I'm assuming that since Landry Jones practiced with the second unit, he'll have a little bit more experience and chemistry with Sammie Coates.

CBS Local Sports: How do the Steelers, who were torched by the Dolphins, stop Brady and Gronkowski?

Every week is unique. The Dolphins got torched for 235 yards on the ground the week before, and they held Le'Veon Bell, the best running back in the game, to around 50 yards rushing. So, you never know. Styles make fights, and we'll see who has the best game plan and who can execute and impose their will on the other team. Just because Ben Roethlisberger is out doesn't mean it's all for naught.