PHILADELPHIA (CBS/AP) -- The mayor is calling for Philadelphia's top prosecutor to resign after he was charged Tuesday with taking more than $160,000 in luxury gifts, Caribbean trips and cash, often in exchange for official favors that included help with a court case, according to a bribery and extortion indictment unsealed Tuesday.

The 23-count indictment caps a nearly two-year investigation into Philadelphia District Attorney Seth Williams' financial affairs. Williams, a Democrat and career prosecutor who earns $175,000 in the top job, has said he ran into financial trouble after a divorce and while paying private school tuition for his daughters.

"Mr. Williams took money that was not his and then lied about it," said acting New Jersey U.S. Attorney William E. Fitzpatrick at a press conference.

Fitzpatrick said that for over a year -- from February 2012 to November 2013 -- Williams allegedly spent $10,000 on personal expenses he received from friends of his relative that was intended to cover for the family member's nursing home care. He is accused of diverting the relative's pension and Social Security payments to pay for his own expenses. He also allegedly falsely told a nursing home employee his relative spent the pension and Social Security payments. 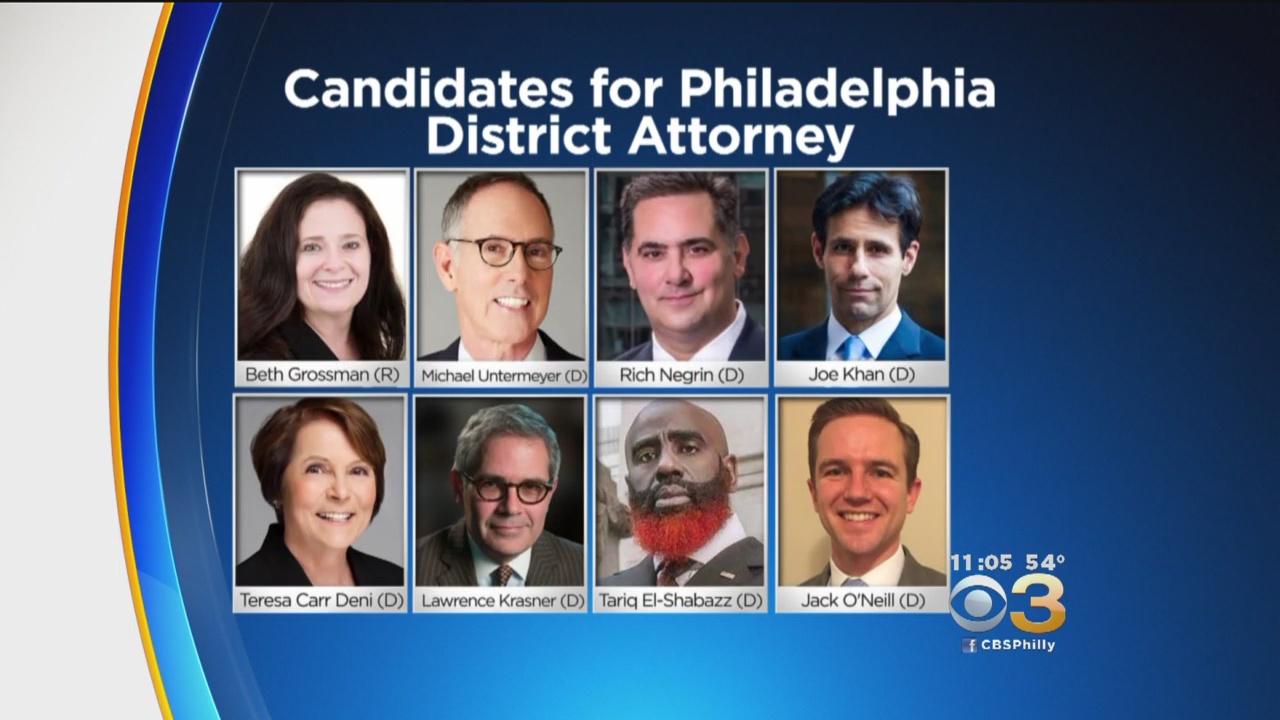 The indictment described gifts that included stays he took with his then-girlfriend in a presidential suite of a Punta Cana resort; a custom $3,400 sofa; and a used Jaguar convertible, with insurance coverage to match.

Fitzpatrick says that Williams received 16 round-trip airline tickets to Florida, San Diego and Las Vegas for himself, his girlfriend and family members from one business owner. In return, Williams is accused of issuing an official badge, writing an official letter of appointment, and giving certain assignments to the business owner as a special adviser.

Williams has been charged with is charged with 10 counts of travel and use of interstate facilities to promote and facilitate bribery, two counts of Hobbs Act extortion under color of official right, five counts of honest services wire fraud, and six counts of wire fraud. He will be arraigned in U.S. District Court in Philadelphia on Wednesday at 2 p.m.

Williams could face dozens of years in jail, agents say, if he is convicted.

The IRS said in the end, the charges were born out of following the money trail.

"I don't see how he can do his job. I think he should resign," Kenney said.

In a previous statement, Kenney called the charges "deeply shameful."

"It is deeply shameful that the City's chief law enforcement officer has been implicated in such a flagrant violation of the law. At a time when our citizens' trust in government is at an all-time low, it is disheartening to see yet another elected official give the public a reason not to trust us. That this comes at the head of our justice system is even more troubling," Kenney said. "We must all greatly raise the bar for our behavior and show the citizens of Philadelphia that we are capable of carrying out our most basic responsibilities as elected officials, upholding the law."

Williams was spending Tuesday huddled with family, a spokesman said, and was expected to surrender and be arraigned on the charges Wednesday. Defense lawyer Michael Diamondstein said they would vigorously defend the charges.

"I can't address any specific comment. I can say that Mr. Williams denies that he ever did anything - anything at all -- to compromise any law enforcement function, case or investigation," Diamondstein said.

Diamondstein wouldn't comment on whether Williams would resign, nor would he say whether Williams turned down an offer to plead guilty. He says Williams is "standing as strong as he can," and is concerned for his family and the welfare of the district attorney's office.

Investigators began looking into Williams' personal and political finances in August 2015, finding a series of ethics controversies, including not disclosing $160,500 in gifts and income. That included $45,000 in home repairs.

Ethics Board Hits Philly DA With Its Largest Penalty Ever

In January, the Philadelphia Board of Ethics imposed its largest fine ever, $62,000, on Williams for a number of violations, including failing to disclose gifts and sources of income and accepting gifts from prohibited sources.

The ethics board said Williams has through 2022 to pay off the penalty, owing $10,000 annually starting in 2018. The deal also includes what's called a re-opener agreement. The ethics board tells CBS 3 should it learn of additional violations, it can amend the deal.

Williams himself triggered the investigation, last summer, when he amended his financial statements for 2010 through 2015, disclosing $160,000 in previously unreported gifts and income.

A spokesman at the time said they were from close family and friends. The gifts included a $45,000 roof on his Overbrook home, plane trips, vacations, suits and watches.

The board found ten more gifts and payments Williams still had not disclosed:

In addition to the record fine, Williams will pay the city $2,840, the value of the five largest of the prohibited gifts.

During his seven-year tenure, his office filed the first charges against several Roman Catholic priests and earned a trial conviction against the first U.S. church official ever charged over the handling of priest sex-abuse complaints. The conviction has since been overturned, although the official served nearly three years in prison.

State laws require public officials to file annual reports and list gifts over $250. City officials cannot take anything worth more than $99 from anyone with an interest in any "official action." Federal bribery laws typically involve a "quid pro quo," or evidence the person got something in exchange for the gift.

Williams grew up in Philadelphia and served as student president of Pennsylvania State University. He also teaches at a law school and serves in the National Guard.

Williams announced last month he would not seek re-election for a third term.

JUST IN -Ahead of press conference that sources say will announce federal charges against DA Seth Williams, his office is requesting privacy pic.twitter.com/60YL5cVa4E