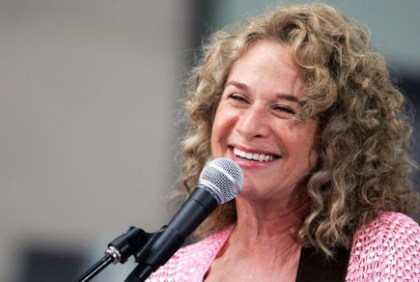 Carole King will join the ranks of Bruce Springsteen, Paul McCartney and Barbra Streisand to be celebrated in January as the 2014 MusiCares Person of the Year. Two nights before the GRAMMY Awards, King will be honored at a star-studded gala in Los Angeles.

On January 24, the Dixie Chicks, Lady Gaga, Bette Midler, Jason Mraz, James Taylor and Steven Tyler will take the stage to perform and honor the singer. Additional artists will be announced in the coming months.

King is being honored for her charitable work. The singer-songwriter is involved with several environmental organizations. She has worked with the Alliance for the Wild Rockies since 1990 as well as other groups in fighting the passage of the Northern Rockies Ecosystem Protection Act.