CAMDEN, N.J. (CBS) -- Faces, not just empty places. A new campaign that puts portraits on some of Camden's abandoned buildings shows that even the most distressed blocks are alive in spirit and worthy of respect.

Camden is a place that can struggle to see itself, according to Erik James Montgomery, the founder of the EJM Foundation.

"The only time they do see themselves is either on an obituary, or God forbid, if they get locked up. But we are trying to rewrite that narrative with these photographs," Montgomery said.

Montgomery is a fine art photographer and the founder of the EJM Foundation. He's the man who was behind the lens for portraits installed on several sites throughout the city. 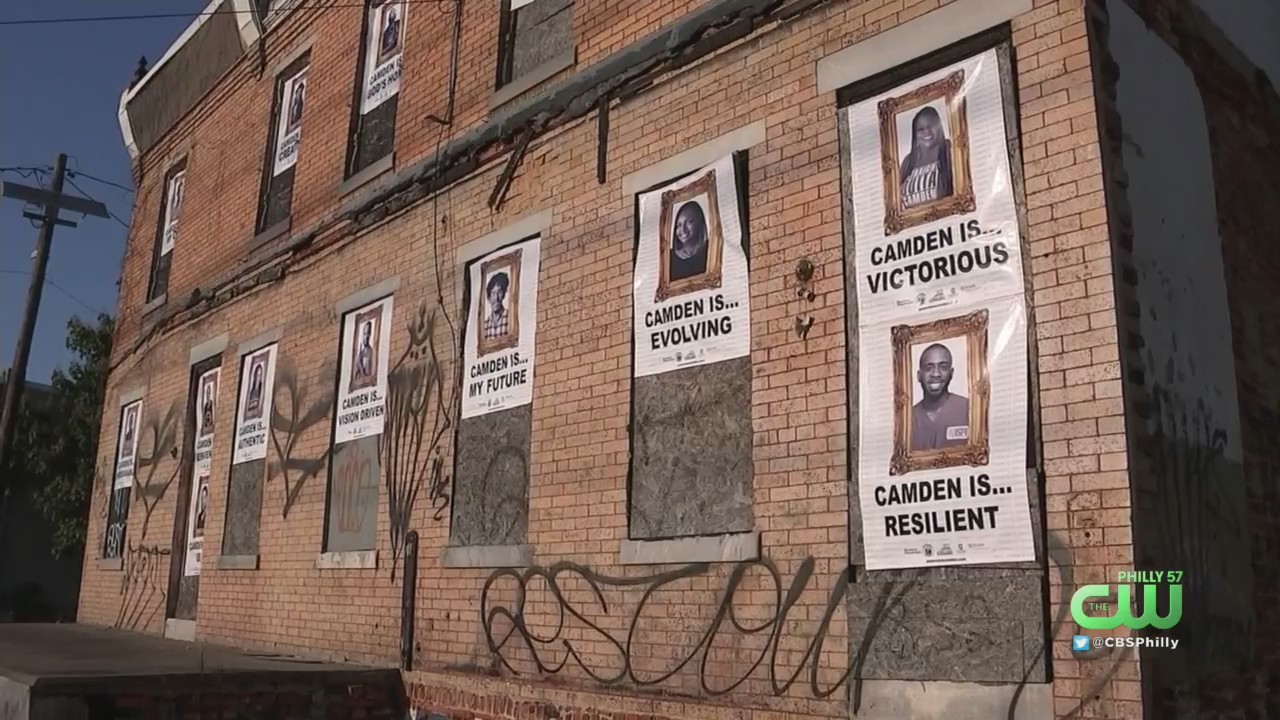 "A lot of these individuals are from word of mouth, many of them I know," he said.

The project, called "Camden Is Bright Not Blight," has added portraits of residents and their definition of what Camden is to abandoned properties.

"This city is loved, this city is home, this city is beautiful and is is not a dumping ground," said Vedra Chandler, project manager of the Cooper's Ferry Partnership.

In coordination with the partnership, the project is the first in a series of installations to come.

"We knew we wanted to take sites that were used for illegal dumping, forgotten sites, forgotten buildings, and beautify them with public art," Chandler said.

The goal is to remind residents and visitors that these sites are not forgotten and therefore are not places to trash.

"You don't invest with artwork in a community that you don't care about," Montgomery said.

Additional installations will begin popping up around Camden early next year. All are temporary.

"We are letting people know we are celebrating your life, not your demise," Montgomery said.