PHILADELPHIA (CBS) -- The Pennsylvania SPCA says two juveniles have come forward in connection to the vicious dog attack of a family cat in Philadelphia's Frankford section. The suspects came in to the Pennsylvania SPCA with a parent to address the charges.

A 17-year-old was taken into custody on Friday afternoon, while a 12-year-old surrendered on Saturday. They are pending a custodial determination hearing.

The juveniles are facing multiple charges including felony animal fighting, felony aggravated animal cruelty and a conspiracy charge. While they're facing felonies, these are not crimes that warrant being charged as an adult.

The attack happened Tuesday morning in the Frankford section of Philadelphia. The two suspects were caught on video walking two dogs past a family home on Granite Street. In the video, the individuals can be seen spotting Buddy the cat on a porch, coming back and releasing the dogs on the cat.

As the attack continued, the person or persons can be heard on the video encouraging the dogs to continue attacking the cat until a resident of the property comes out to intervene on behalf of the cat.

Buddy sustained life-threatening injuries and was transported to the Pennsylvania SPCA's Philadelphia headquarters for treatment. 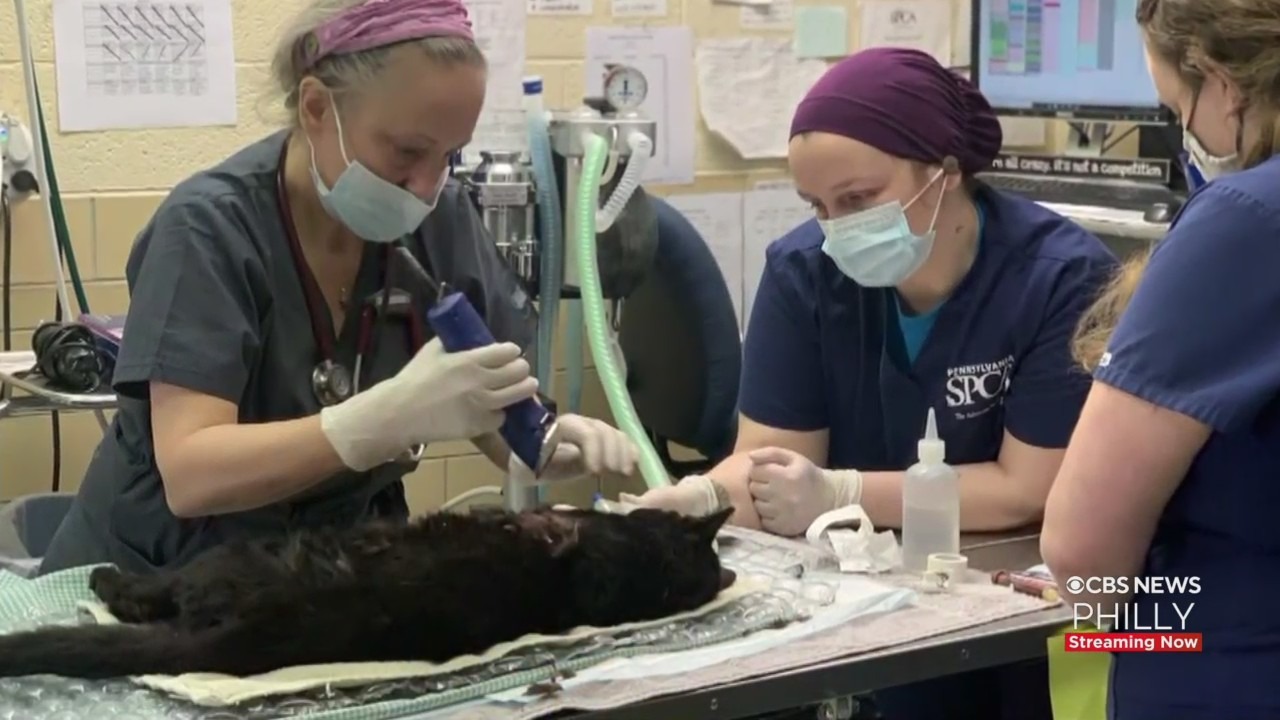 For now, there's a sense of relief the juveniles are off the streets and the focus can now be on Buddy's recovery.

"Due to the overwhelming support and shares that happened of the video, which unfortunately was very graphic and horrific," Gillian Kocher with the PSPCA said, "but it did lead to the identification of these suspects and that's something we're grateful for, for everyone who was able to share and show up for Buddy the cat."

The dogs related to this incident have also been taken into the custody of the Pennsylvania SPCA.

Meanwhile, Buddy continues to recover from the attack. He's in critical condition.