PHILADELPHIA (CBS) -- Michelle Paxton, the vice president of the National Association of Women in Construction Philadelphia Foundation, knows first-hand how difficult it can be to break into a male-dominated industry. She hopes this will change for future generations.

The National Association of Women in Construction mentors young women in construction with a complimentary day camp for 7th through 12th-grade girls in the Philadelphia area. It's called MyWIC. 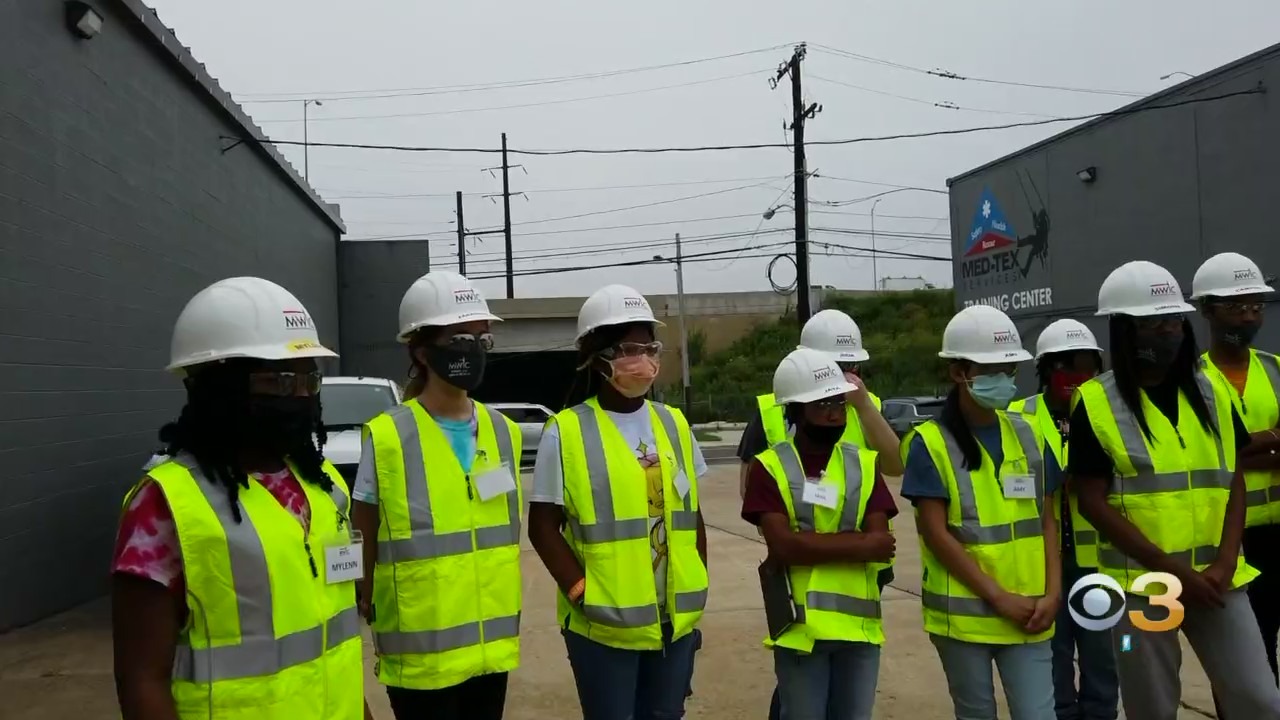 The camp highlights the vast opportunities that exist in the construction industry, regardless of gender.

"Don't be discouraged by the fact that this is such a hard hat industry from a male perspective," Almond said. "Anyone can do this. And the opportunity for construction and trades is better than ever. So, don't be afraid to get involved."

Eyewitness News caught up with one camper, 17-year-old Totiona Long. She's from Southwest Philadelphia, and she's feeling empowered for her future.

"It makes me feel awesome; like I'm doing something that nobody else would ever think of," Totiona said. "Like joining something that's male-dominant. So, I like that woman is able to do what a male can do but even better."

She also hopes more girls will be encouraged to pursue their dreams, despite any challenges they may encounter.

"I want them to know that you can do anything men can do," Totiona said. "Even if they say no, go away; you still push forward."

Though it hasn't always been easy, Paxton has persevered. She enjoys being a mentor and is excited to watch more young women break down barriers.

"This not only changes lives. We are lacking in-in female participation in construction, and as far as I'm concerned, you know, the future is female," Paxton said.