PHILADELPHIA (CBS) – A Camden County man is being honored for using his hobby to help students. Marc Goldstein, of Cherry Hill, New Jersey, started tinkering with computers in 1984 and never stopped. When he retired three-and-a-half years ago, he was trying to find a way to stay busy.

But it was going almost too well.

"I had a bunch of computers to donate I didn't know what to do with," Marc said. 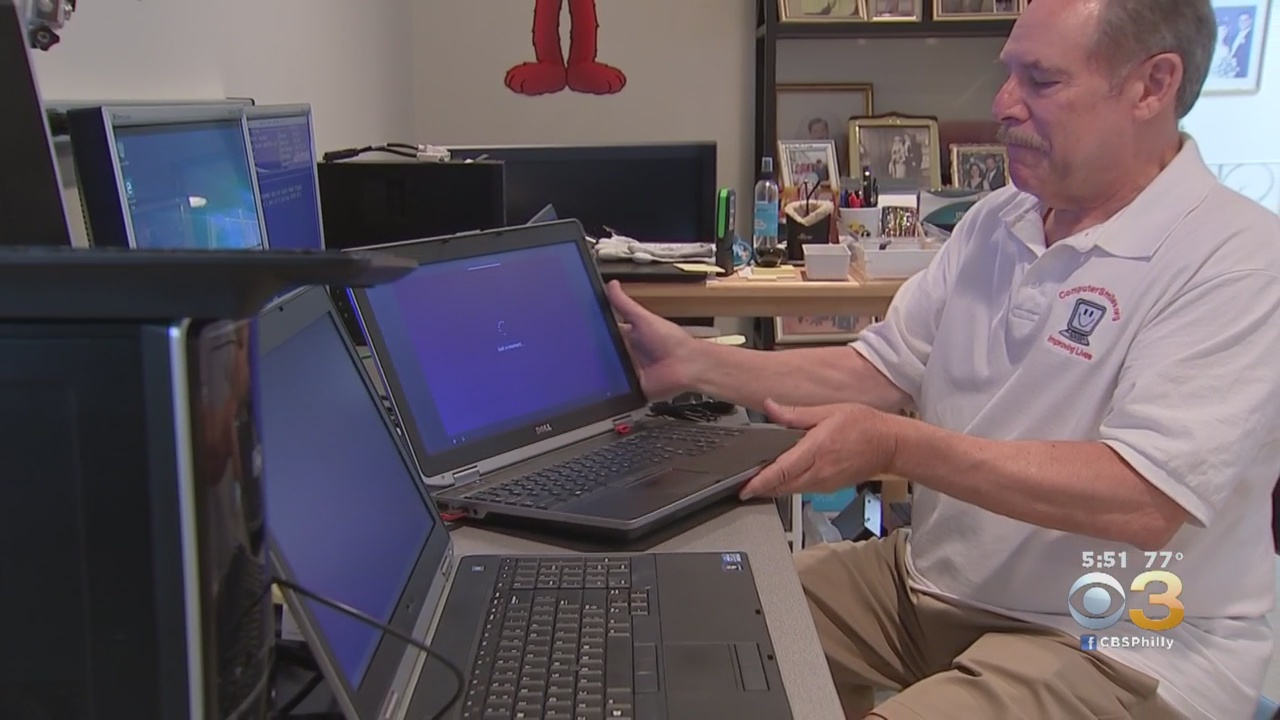 Then, Marc met a high school teacher who told him about his class.

"They're excellent students, but these students have to work on their parents' phones, they have to stay at the library all day," Marc said a teacher told him.

Suddenly, Marc's hobby became his project and then a nonprofit.

"Bingo, they were able to log in, do their schoolwork from home and almost immediately the teacher told me that the grades went up," Marc said.

"Things like laptops are a necessity nowadays," CJ Pagan said.

Pagan is interning at HopeWorks in Camden, learning coding and training for a future career in art.

But, money is tight.

A few weeks ago, Marc dropped off five laptops for CJ and four other youth people there.

"[Marc] is an awesome person. I love that he's giving the opportunity to give these devices to people in need," CJ said.

"It's sort of a great twofer. Not only do we get to reuse our old computers for Computer Smiles, but then have them donated to HopeWorks," said American Water's external affairs manager Joseph Szafran.

So far, Marc has given away 200 computers and counting.

The State of New Jersey honored him with a commendation.

He's hoping to find more corporate donors so he can reach his big goal: 1,000.

"I don't get paid for doing anything that we do, but the rewards are better than anything I could have possibly imagined," said Marc.

If you would like to get in touch with Computer Smiles, go to their website at www.computersmiles.org.