PHILADELPHIA (CBS) -- The Fairmount Park Conservancy on Wednesday unveiled upgrades to Boxers' Trail in Strawberry Mansion. In an Eyewitness News exclusive, former boxers and city leaders hope it inspires the next generation of those interested in the "sweet silence."

"Something as simple as a trail, how this trail is going to help people lead to their destinies here," Strawberry Mansion CDC President Tonetta Graham said.

It's a trail that's more than just rocks and dirt. Boxers' Trail in Strawberry Mansion has helped condition the greats for the boxing ring. Among them is retired light heavyweight and Philly boxing legend, Bernard Hopkins.

"That trail is not just a trail for me, that trail is a trail for success and hope out of the things that might look hopeless," Hopkins said. "Your attention span has to be on, making sure you don't go in no holes, no pops. This is all that defense and offense, being prepared, being aware, being alert." 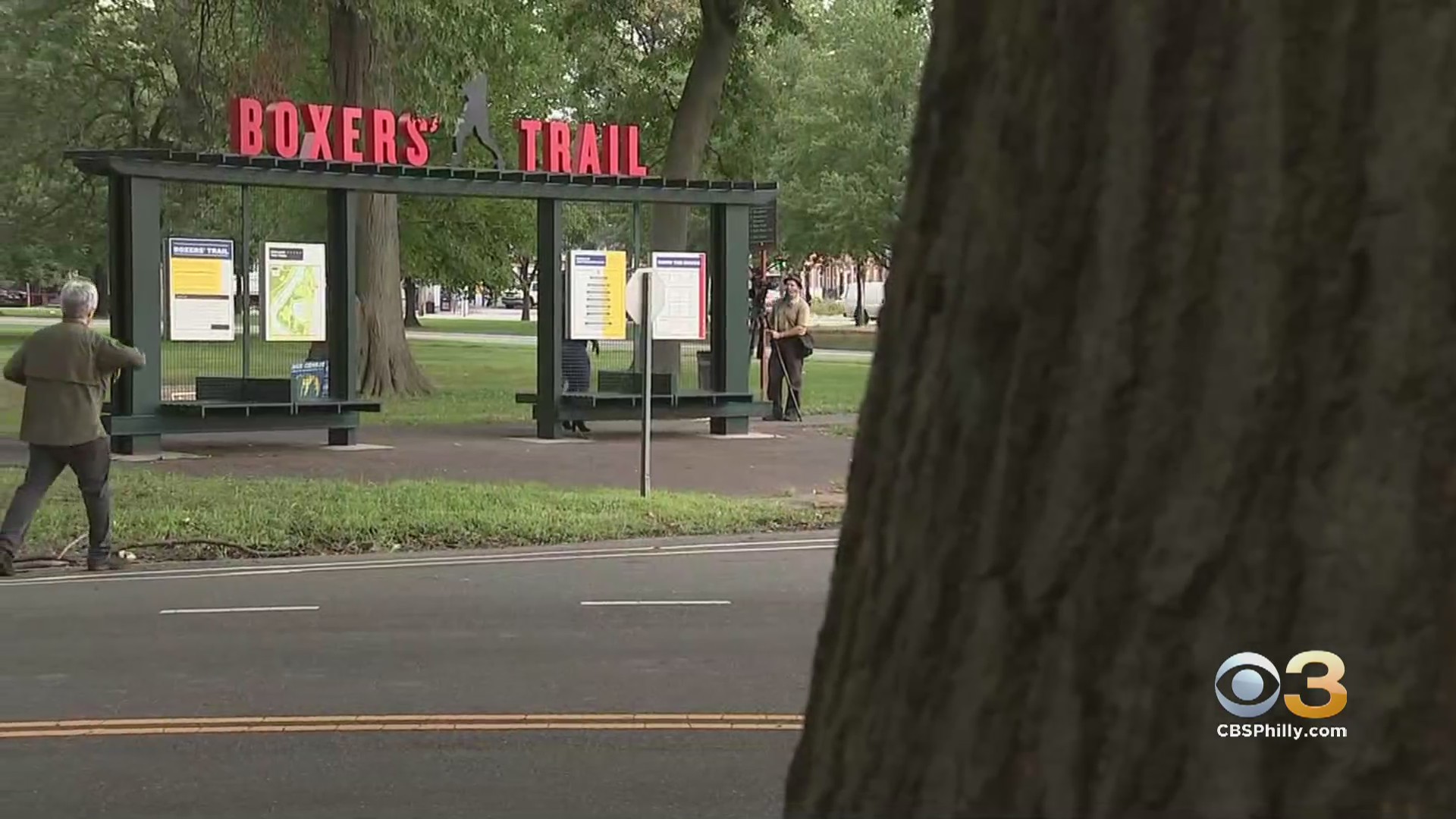 Eyewitness News walked the trail with "The Executioner," as Hopkins' is nicknamed, on Wednesday. Hopkins retired in 2016 with 55 wins, eight losses and two draws.

Hopkins trained at Boxers' Trail regularly throughout his 28-year career.

"You have to figure out how much energy you have within yourself and be honest with yourself," he said.

Aspiring boxers run it as well.

"I feel as if I'm running the same trail as a legend and all their energy is seeping into me and makes me feel like a winner," aspiring boxer Sahir Muhammad said.

On Wednesday, Fairmount Park Conservancy unveiled upgrades to the Boxers' Trail conservancy. It stands at Greenland and Dauphin Drives off of 33rd Street. It was first installed in 2008.

"We hope that this highly visible gateway serves as a modern monument and a new way to share the often untold Black stories of Strawberry Mansion and Philadelphia's boxing communities," Maura McCarthy, the executive director of the Fairmount Park Conservancy, said.

Today, you can learn about the careers of local boxers Bennie Briscoe, Matthew Saad Muhammad, and "Smokin'" Joe Frazier. We walked the trail with Frazier's two daughters and son, Joe Fraizer Jr.

"That's the most gratifying thing is to know that he's not forgotten for all that he has done for the city," Frazier Jr. said of the monument honoring his dad.

Not only will you learn a little about Hopkins and Frazier, but you will also learn how to box. But they say the real inspiration comes from the hills and the curves of the trail.

"In life, you're going to have a journey," Frazier Jr. said. "The journey is not, as you can see with this path, is not just smooth. You have rocks, you have your trees. You're going to have things you stumble on, times you fall. This trail signifies for all to just know that you have to keep going. Live every day to the fullest, do what you got to do. Run your own trail, fight your own fight, but we go to spread the love, especially in this time and day what we're going through."