WASHINGTON (CBS/CNN) -- President Joe Biden's dogs have finally joined the first family at the White House. Champ and Major arrived from Delaware on Sunday to their new home in Washington.

"The First Family wanted to get settled before bringing the dogs down to Washington from Delaware. Champ is enjoying his new dog bed by the fireplace, and Major loved running around on the South Lawn," First Lady Jill Biden's press secretary Michael LaRosa told CNN in a statement Monday. 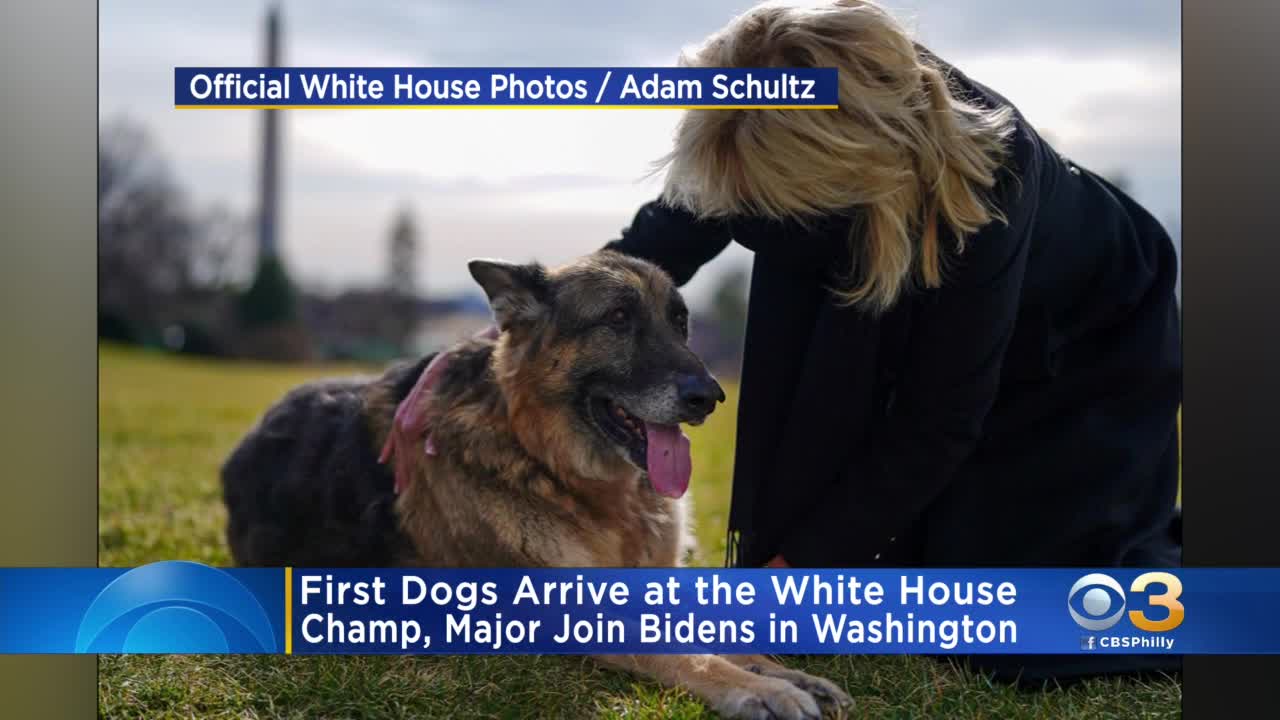 The Bidens' dogs moving in marks a return to a longstanding tradition of Presidents and their families bringing their pets with them to the White House. Former President Donald Trump and his family did not have any pets for the four years they lived in the White House.

Champ has been with the Biden family for more than 10 years -- since December 2008, weeks after Biden became Barack Obama's vice president-elect. Major, a shelter dog, joined the Biden family more recently. He was adopted in November 2018, months before Biden announced he would run for president in the 2020 election cycle.

Major is the first shelter dog to live in the White House. Earlier this month, the Delaware Humane Association, where he was adopted from, and Pumpkin Pet Insurance hosted a virtual celebration — an "Indoguration Party" — for Major.

Though he is the first shelter dog at the White House, Major is not the first rescue. A shelter often receives government funding, whereas animal rescues are often completely run by volunteers.

Jill Biden has also said she would "love to get a cat," telling Fox 5 in Washington, "I love having animals around the house."

White House press secretary Jen Psaki said Sunday she did not have an update about the cat.

"I'm also wondering about the cat, because the cat is going to dominate the internet whenever the cat is announced and wherever that cat is found," Psaki said in a Sunday evening video answering questions posed on Twitter.

The tradition of keeping pets in the White House dates back to Thomas Jefferson, who kept a mockingbird and a couple of bear cubs during his presidency. Throughout the years, presidential pets have become celebrities of sorts.