A shelter-in-place for part of Wilmington was lifted after the shooting. The officers who were shot while responding to a call are in stable condition and are expected to make a full recovery. One was already released from the hospital.

Police rushed to 25th and Market Streets in Wilmington around 10:30 p.m. Wednesday responding to a 911 call for a domestic dispute. That's when police say Goodwyn fired a gun, wounding three officers.

"It was scary," one resident said.

Police then swarmed the area and a 12-hourlong standoff situation ensued.

"This is still an active scene, do not go in, officers down. We're gonna try to figure out how to get them out," an officer is heard saying in police audio Wednesday night.

Preliminary reports say the officers were shot in the hand, legs, and arms. They were transported to Christiana Hospital and are listed in stable condition.

"Luckily, those three officers are alive, two of them are undergoing surgery and one of them was released," Wilmington Councilmember Maria Cabrera said.

The Wilmington mayor visited two officers in the hospital and talked to the third by phone saying in a statement, "They are in good spirits and are being well cared for by wonderful medical professionals."

More officers from Wilmington Police, New Castle County Police and a mobile command vehicle were called to the scene. Their focus was on an apartment on 25th and Market Streets.

Surrounding streets were then blocked off as a shelter-in-place was ordered through the night. All of it alarming neighbors.

"It's terrible. It's really terrible," another resident said.

One woman on scene told Eyewitness News the suspect walked down the fire escape to the 4th floor, broke through the window, and entered her mother's apartment. Her sister was also in the apartment and at some point was gun butted. It isn't clear where her sister is at the moment, but the woman says her mother was able to escape to a neighbor's apartment.

By 10:30 a.m. Thursday, police said there was no immediate threat to the area. 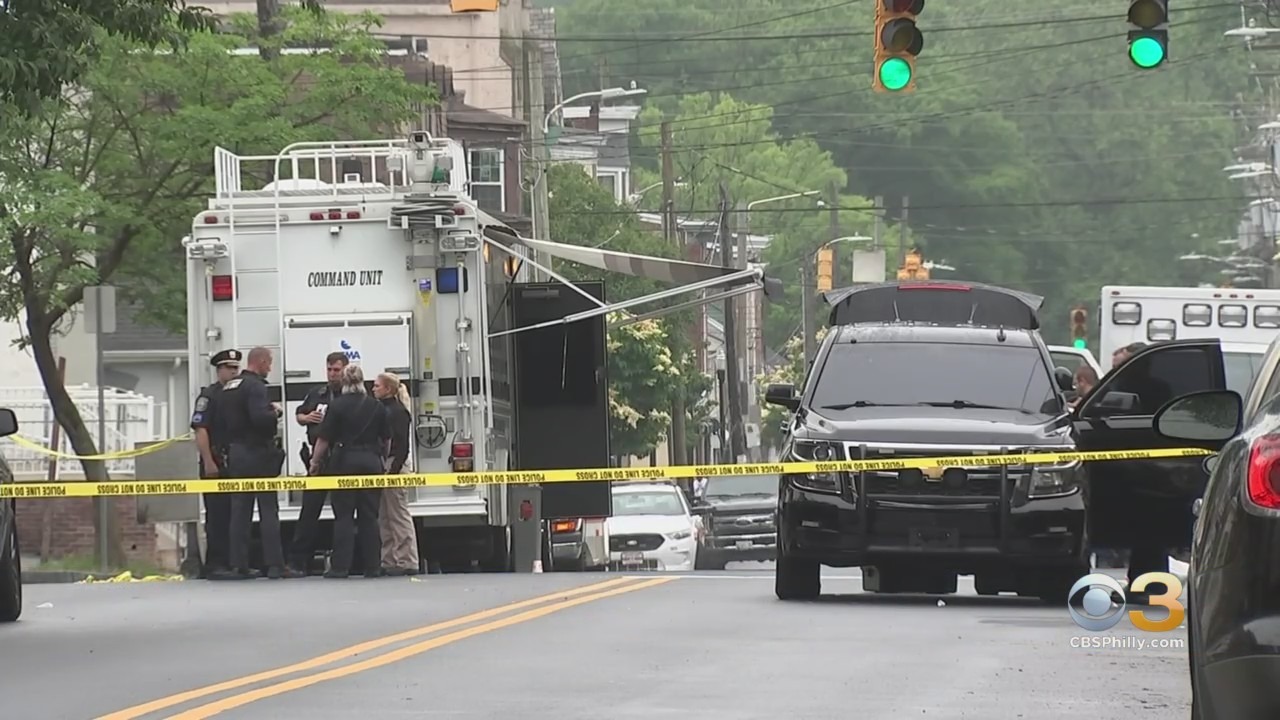 CBS3's Alecia Reid and Matt Petrillo contributed to this story.