PHILADELPHIA (CBS)-- Before the heat became brutal Sunday afternoon, thousands of riders took off on their bikes heading from Philadelphia to Atlantic City. It's about that time.

Riders from all over the area tightened up their helmets and made sure their water bottles were filled as they geared up to ride with a purpose.

"These are trying times," Richard Shaw said. "And to be an officer, I don't know, in this city could not possibly be harder."

More than 2,100 riders participated in "The Ben to the Shore Bike Tour," a 60-mile ride across the Ben Franklin Bridge finishing in Atlantic City.

On Sunday, the riders are hoping to raise more than $1.2 million to support the families of fallen and critically injured first responders.

The initiative is dear to retired Philadelphia Deputy Commissioner Joe Sullivan, who now leads up families behind the Badge Children's Foundation

"It enables a lot of really important and a lot of very serious work to be done throughout the year," Sullivan said. 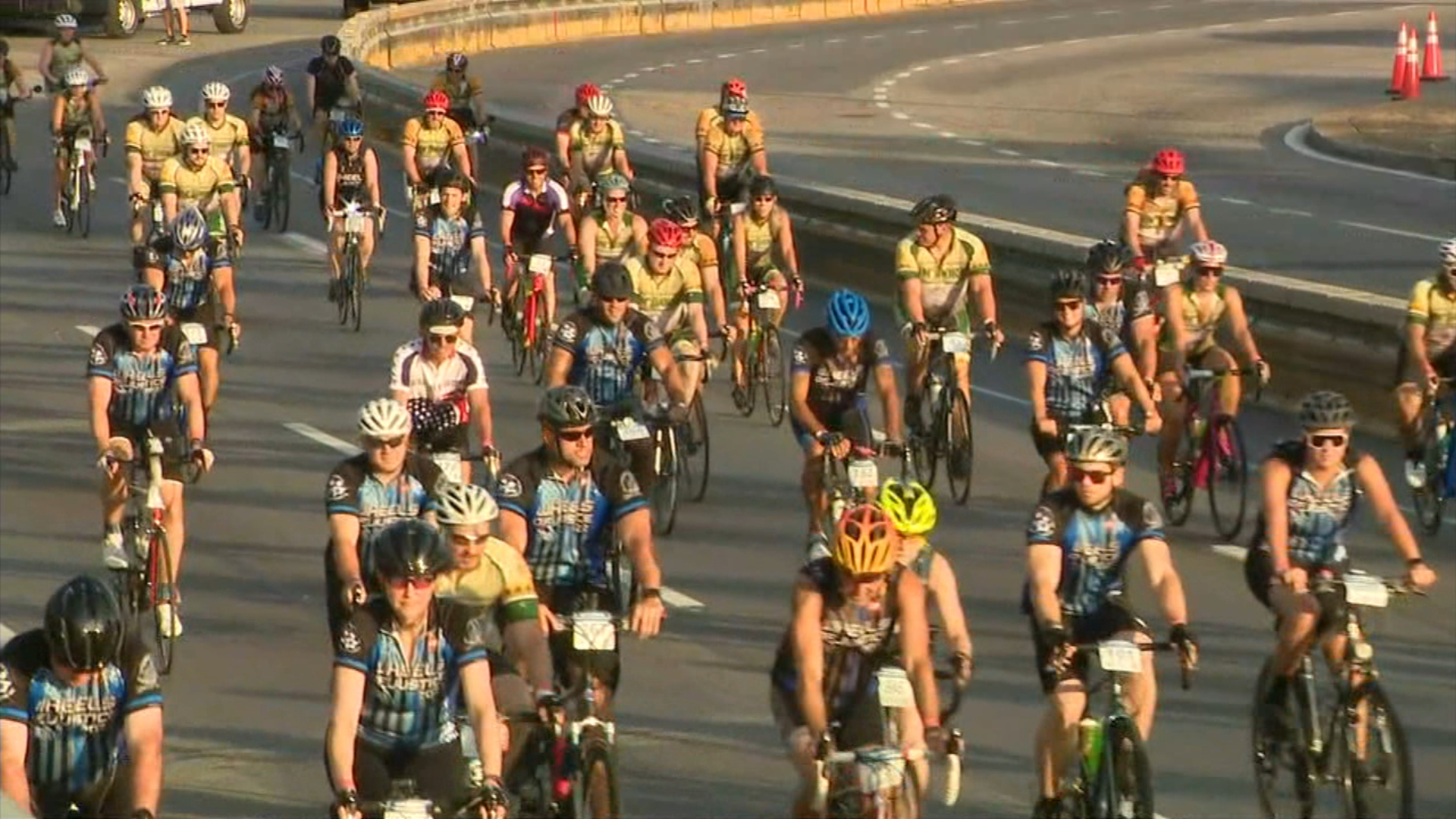 Even younger riders are cycling with a purpose.

The Urban Bike Club, the first of its kind, had kids out of North Philadelphia train with Temple University police to ride to the shore.

While others are active first responders, firefighter Darren Grant is riding for his brothers and sisters he works beside every day.

"This is actually my ninth year riding," Grant said.

And a cause that is so special to some, a tattoo is displayed to represent the bonds between our first responders

"Because it is family because the cause is pure," Shaw said. "These people, medics, EMTs, firefighters, men, women, police officers, they go where nobody else wants to go."