CLIFTON HEIGHTS, Pa. (CBS) -- The hunt for a black bear in Delaware County is over on Wednesday. Officials captured the bear overnight.

Residents waking up Wednesday morning can be a little more at ease as officials have announced they caught the bear. Tuesday's efforts paid off.

"I find that pretty crazy. It's a very suburban area. It's not many wooded areas around here," Drexel Hill resident Matthew Carroll said. 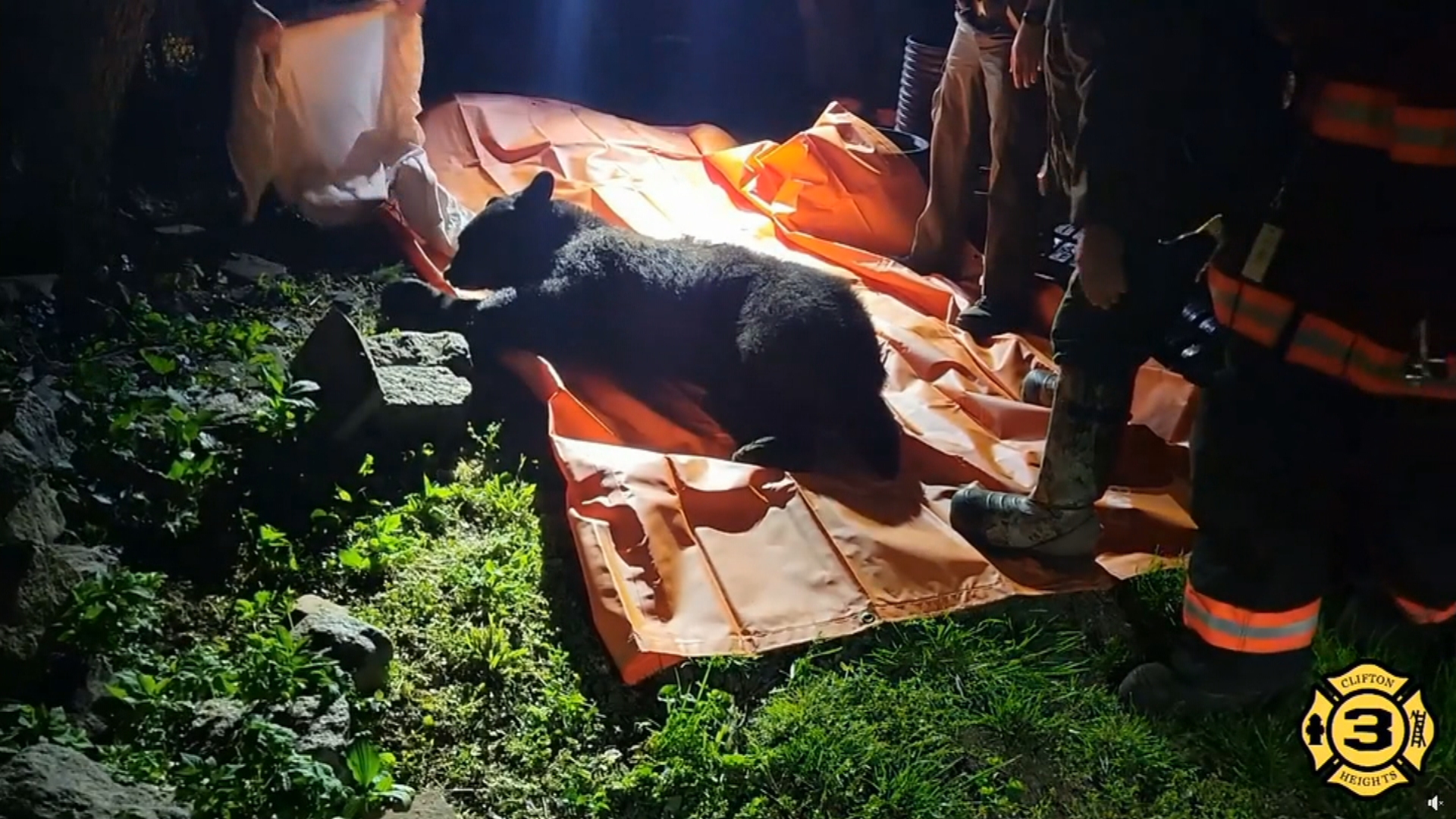 Early Wednesday morning, Clifton Heights borough and State game wardens released a video of a drowsy bear hanging from a tree and then ultimately making its way down. Once the bear was immobilized, wardens scooped in with a tarp to capture and remove the bear.

Officials spent hours on Tuesday searching for the roaming bear They even set up a bear trap with sweets to lure the bear in Kent Park in Drexel Hill.

Wardens were able to tranquilize the bear at least once but then lost track of it. Eventually, it ended up in someone's yard.

As the bear was in her yard, Adriana Fernandez shot all the activity with her cell phone and put it on Facebook live while police, firefighters, and Pennsylvania game wardens converged on the scene.

"I was just upstairs watching TV and I see all of these lights and people talking, and I'm like, 'Did someone get pulled over out front?' So I go to look out the window, there's cop cars and then I look out back and there's just 30 cops just everywhere for Yogi the bear," Joshua Switz said.

The Game Commission says the bear was released to a less populated area in Dauphin County on State Game Lands.

CBS3's Wakisha Bailey and Madeleine Wright contributed to this report.