PHILADELPHIA (CBS)--Winter will arrive in the region a week before Winter officially begins. It's been all over the headlines, another Arctic Blast is hitting the country sending temperatures plunging from Montana to Maine. This morning, the wind chill in Regina, Canada was 33 degrees below zero and  minus 21 degrees in Bismarck, North Dakota. Consider it an early gift from Canada and some of that bitter cold air will invade our region as early as tomorrow.

We are forecasting high temperatures in the 20s on Thursday and Friday as a broad trough of low pressure takes over the northern third of the country.  Many spots will be 15-20 degrees below average and record cold is possible Friday morning. Our forecasted low of 14 degrees Friday morning will be the coldest temperature in Philadelphia since February and the expected stretch of 48+ hours below the freezing mark will certainly mean a time for mittens, hot chocolate and warm fireplaces. 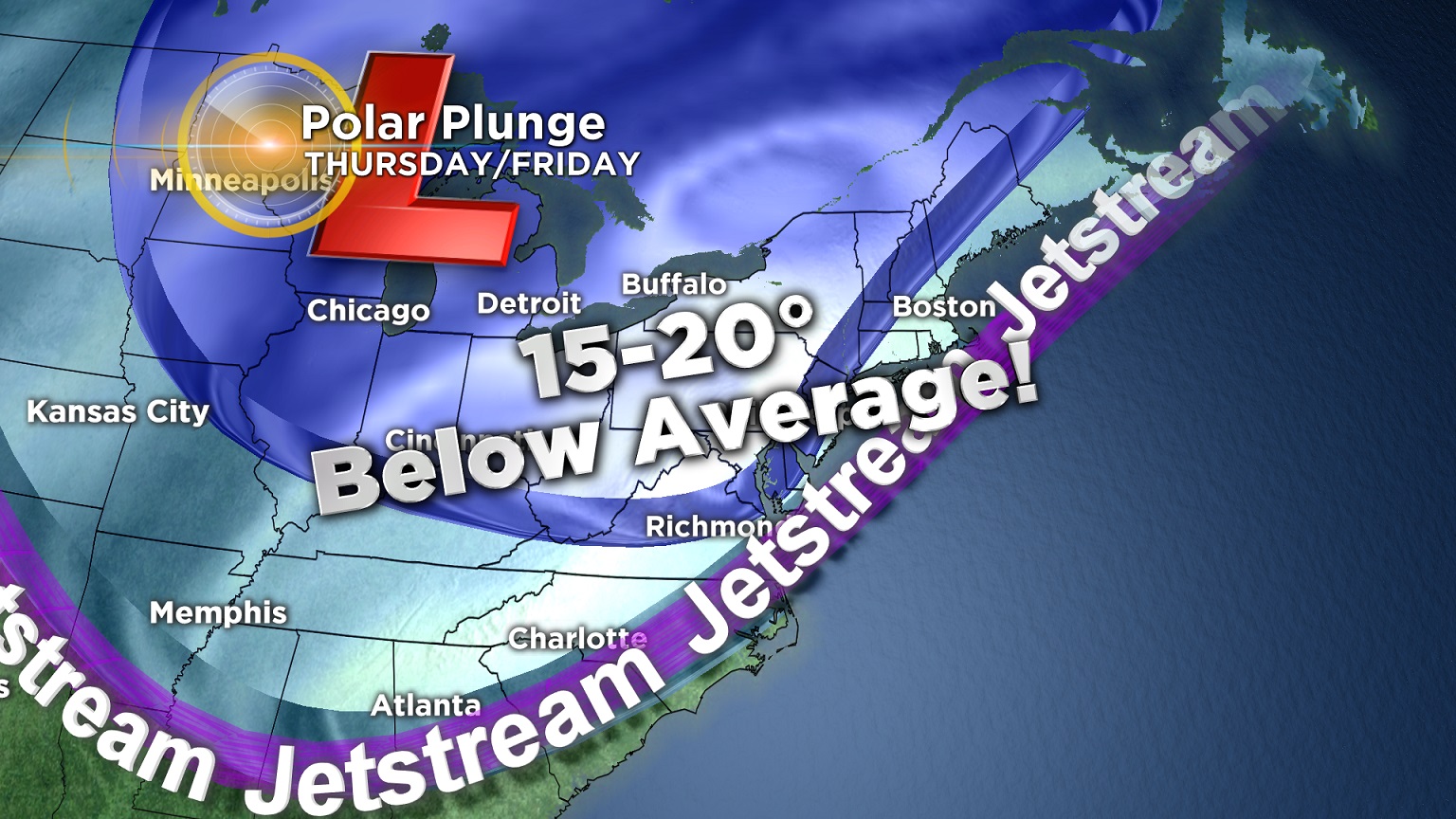 This is drastic cold for mid December. Our normal LOW for this time of year is 30 degrees and our expected high the next two days won't even rise to that.  A far cry from last December when everyday of the month was above average, the warmest December ever in Philadelphia.

In addition to the brutal temperatures, the wind will be a factor as well.  Strong NW winds of 15-25 mph with gusts to 30 mph will develop early Thursday morning making it feel much colder then the thermometer indicates. Wind Chills Thursday and Friday morning will be below zero in the Poconos and in the single digits across Philadelphia and our suburbs.  Exposed skin will be susceptible to frostbite so dress in layers and bundle up if you must be outside. Thursday night we expect record-challenging cold as temperatures dive toward the low teens.

But it could always be worse and in our case it will be. On top of the extreme cold there will also be measurable snow and some ice this weekend. The cold northwesterly winds blasting across the great lakes will usher in snowfall which will break out across eastern Pennsylvania as early as Friday night. Before temperatures warm, a quick inch or two may accumulate with higher amounts possible north and west. Snow will then change to sleet and freezing rain for a period of time Saturday morning causing slick roads and treacherous travel. By 9 a.m. Saturday, a surge of warm air from the south will change precipitation over to a plain rain and that rain could be heavy at times during the day. Highs Saturday will be in the low 40s. There is a chance for rain on Sunday too as the cold front slows down and temperatures will rise into the low 50s. The mild air will be short lived as another chill returns to the area by the beginning of next week.

The worrisome part of this cold blast is what it signifies for the overall pattern heading into winter. We expected a colder and more active December and we are seeing little break in this developing pattern of strong cold fronts and waves of low pressure that develop along the boundaries and track east. As the daylight grows shorter and the days get colder, we increasingly have to worry about more snow chances but the truth is, we could use the precipitation as much of the Northeastern United States is still in a low to moderate drought.