PHILADELPHIA (CBS) -- A teenager was shot and killed during a robbery near Temple University's campus early Tuesday morning. The shooting prompted campus security to send an alert to all students.

The victim was later identified as 18-year-old Ahmir Jones. Temple University has told Eyewitness News that he was not a student.

Jones was pronounced dead just after 4 a.m. Police are now searching for the suspects.

Temple University took to social media alerting students to avoid the area of 1700 Cecil B Moore Ave. due to a shooting that happened just before 2:30 a.m.

Officials tell Eyewitness News Jones was walking down the street with his 17-year-old girlfriend when two men, one of which had a handgun, attempted to rob them.

Police say they were pushed up against the wall while one of the suspects went through the girl's pockets and took her cell phone. Then, one of the shooters fired at Jones, striking him in the chest.

Both suspects fled toward 18th Street from Cecil B. Moore Avenue after the shooting, police say. 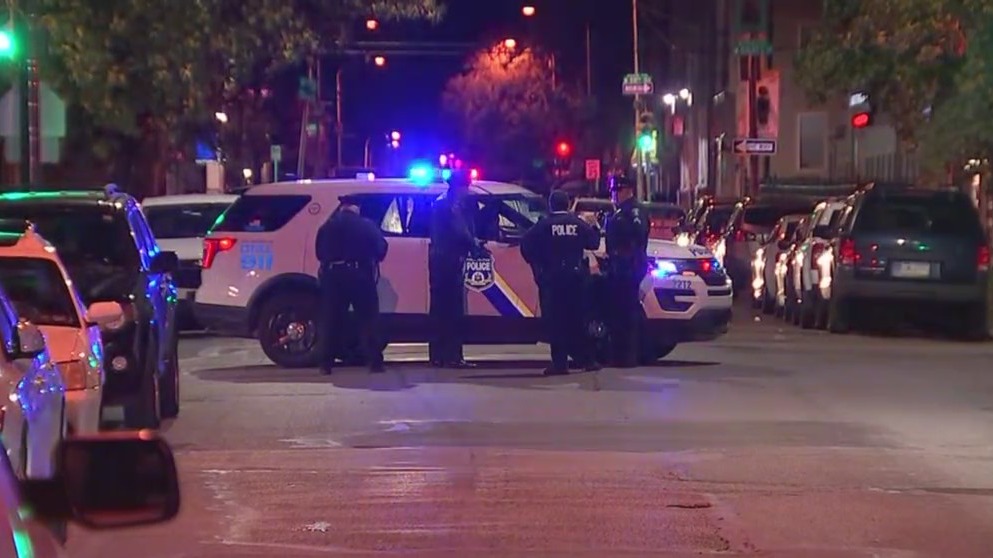 "When police arrived they found an 18-year-old male laying on the sidewalk," Chief Inspector Scott Small said. "He was shot one time in his chest. He was completely unresponsive. Police rushed him to Temple Hospital where he never regained consciousness."

The only witness police have at this time is the girlfriend, who is speaking with them. Police also say they didn't find any shells casings at the scene, which leads them to believe the suspects used a revolver.