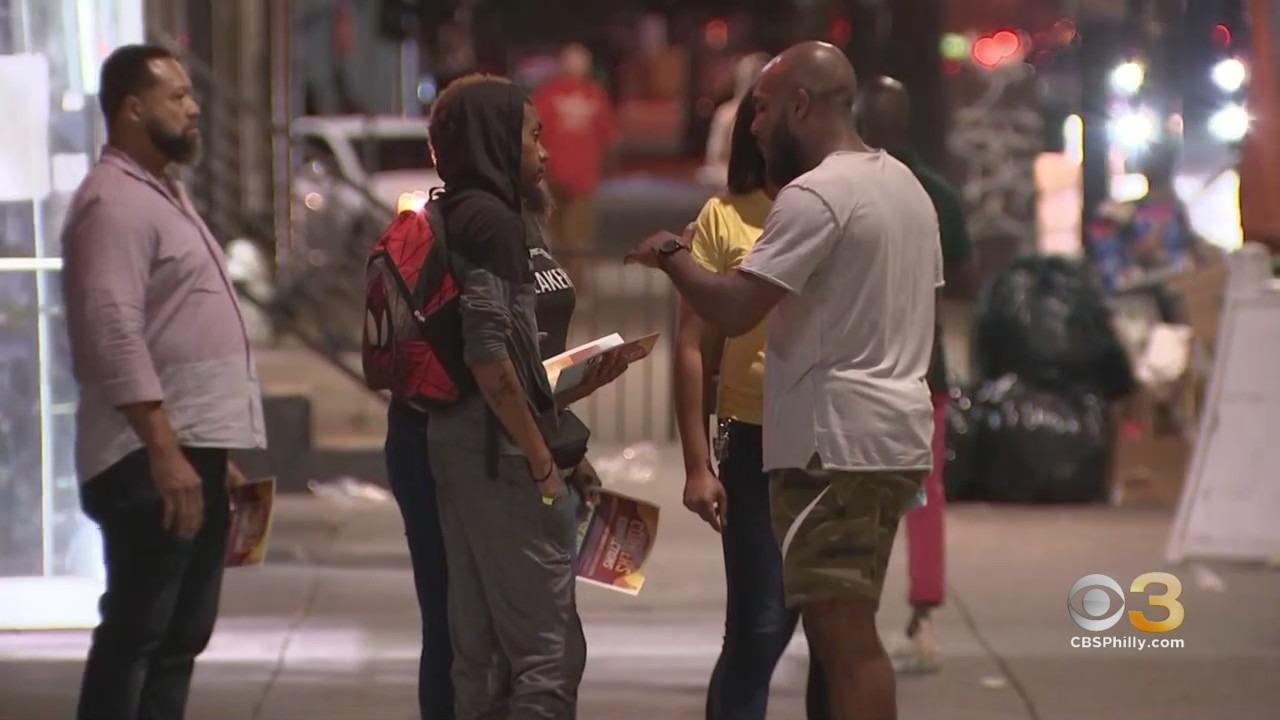 PHILADELPHIA (CBS) -- So far this year in Philadelphia, there's been at least 1,300 shooting victims. Some people believe the mayor, police department and DA's Office are not doing enough.

One group will once again hit the streets in some of the city's toughest neighborhoods in hopes of bringing peace to our streets.

For the critics who ask why people within communities ravaged by gun violence don't do something about it? The answer is countless men and women do actively -- case in point, Rev. G Lamar Stewart Sr., who spearheads a group trying to attack the root of the problem.

"Every night during the month of August, Taylor Memorial Baptist Church, along with another several dozen churches have come together to hit street corners all throughout the city of Philadelphia," Rev. Stewart said.

Rev. Stewart will be joined by other pastors, church members and more with a unifying mission.

"Essentially, we're going to be out on corners from 9 to 11 p.m. engaging with men and women who are on street corners around education, around employment," Rev. Stewart said.

When they last did this in June, Rev. Stewart says 10 to 20 people on average would join him. Jeffrey Browne joined in June and he's back again.

"When you see the stories on the news or even maybe when you're driving through a neighborhood, you really don't get the fact that there's still community going on even in the hottest of hotspots," Browne said.

The three areas they're targeting are Nicetown, North Philly and Northwest Philly, some of the cities' toughest neighborhoods.

"These are our kids. These are young adults, these are young men and young women who look like me. I'm not afraid of them," Rev. Stewart said. "If we can prevent a young person or a young adult from picking up a gun to use that gun because we were able to speak wisdom into that person or connect them with a resource that they needed, that's a win for us."

In June, Rev. Stewart says they engaged roughly 4,000 people at night, and 700 of them showed up at the end of the program job fair, and more than 200 have already been employed. They'll hold another job fair on Aug. 31.