PHILADELPHIA (CBS) – On Wednesday, Michael Barkann and Ike Reese dedicated their show on 94WIP to predicting the entire 2013 NFL season. They went through each game individually for the Eagles, as well as division winners, and the playoffs for the rest of the league.

They also offered the opportunity for a caller to predict each game on the Eagles schedule.

Here's how Mike and Ike see the season going: 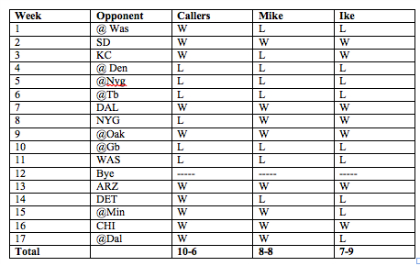