DOYLESTOWN, Pa. (CBS) - Strong winds from Tropical Storm Isaias have damaged parts of the Doylestown Hospital and adjoining buildings, including one that houses a day care center. Crews were called to the hospital on the 500 block of  West State Road just before noon Tuesday for a report of a roof collapse from possible tornado damage at the Children's Village child care center.

Officials have not yet determined whether a tornado touched down here, but the damage is extensive.

High winds tore the roof off of the Children's Village at Doylestown Hospital around 11:15 a.m. while 135 children -- ranging in age from infants to kindergarteners -- and 25 teachers sheltered inside. Teachers acted quickly to get the children to safety.

"We were reading a Jack and Annie book and then we went to the window to check out the storm but then it blew and we just went, and Marlene took us back and then we went in the closet," 5-year-old Jack Skinner said.

Parents and caretakers rushed to Lenape Junior High School next door to be reunited with their children after learning the day care had taken a direct hit.

"These guys acted really quickly and got these little guys out to safety. Right now, it's a little upsetting after the fact, but now that we've got him, thank God everything is OK, but these guys did a fantastic job keeping these kids safe," grandparent Andrea D'Angelo said.

Doylestown Health CEO Jim Brexler was one of the many staff members who jumped in to evacuate the children to the radiation and therapy vault.

"I'm wet now from having carried kids. It's, you just get scared. Those are so vulnerable, so at risk," Brexler said. "We are unbelievably thankful today that every single child and teacher got out safely."

Elsewhere on the campus, the winds were strong enough to move cars in the parking lot, stacking some on top of others like toys. 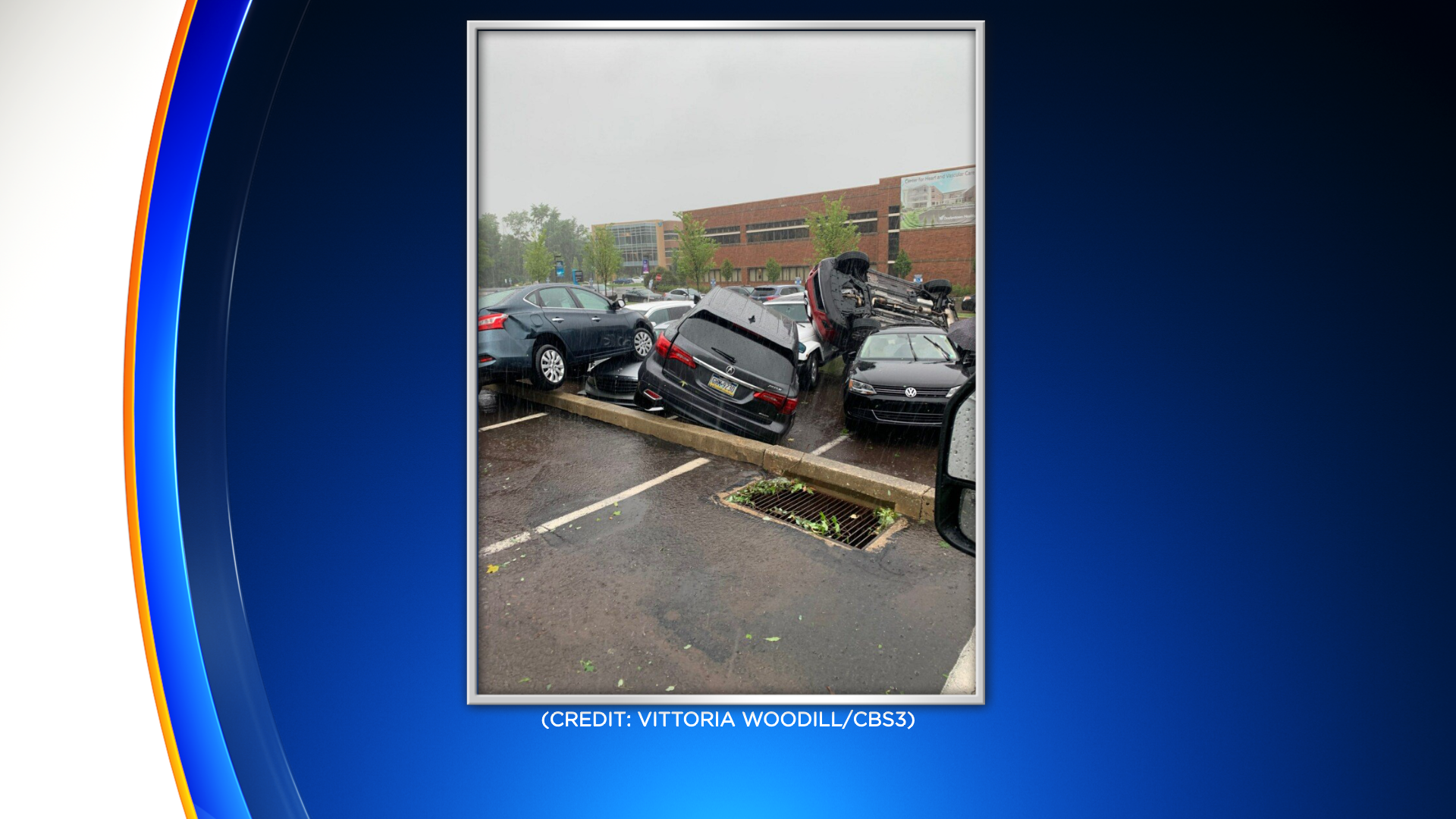 Samantha Helstrom was on just her second day on the job when she came outside to find her car was one of them.

"Right away I was hoping my car wasn't involved, but then I seen it floating on top of everyone else's and I was like crap, that's my car. But I mean, no one was hurt and I wasn't hurt and so that's what I have to look forward to," Helstrom said.

Four children and two teachers were treated for minor injuries and were released. No one else on the campus was hurt.

"My front door as I'm going by blows open, literally blows open. And it was locked with a bolt," Andrea Carlson said.

Fortunately, Carlson is OK. But a massive 80-year-old tree toppled in her front yard, narrowly missing her home.

"I don't know what's going to happen, but things can be fixed," Carlson said.

CBS3's Trang Do and Greg Argos contributed to this report.