Mac 'n cheese is the ultimate comfort food, so a truck that drives around selling 30-plus varieties of it has to be the best invention since the microchip. Marti Lieberman, a Drexel grad, launched the truck three years ago when she concluded she could do better scooping delicious lunches than finding a job using her degree in marketing.

Thank goodness for the poor economy. The Mac Truck cooks up 100 pounds of mac 'n cheese a day, and usually sells out in less than three hours. 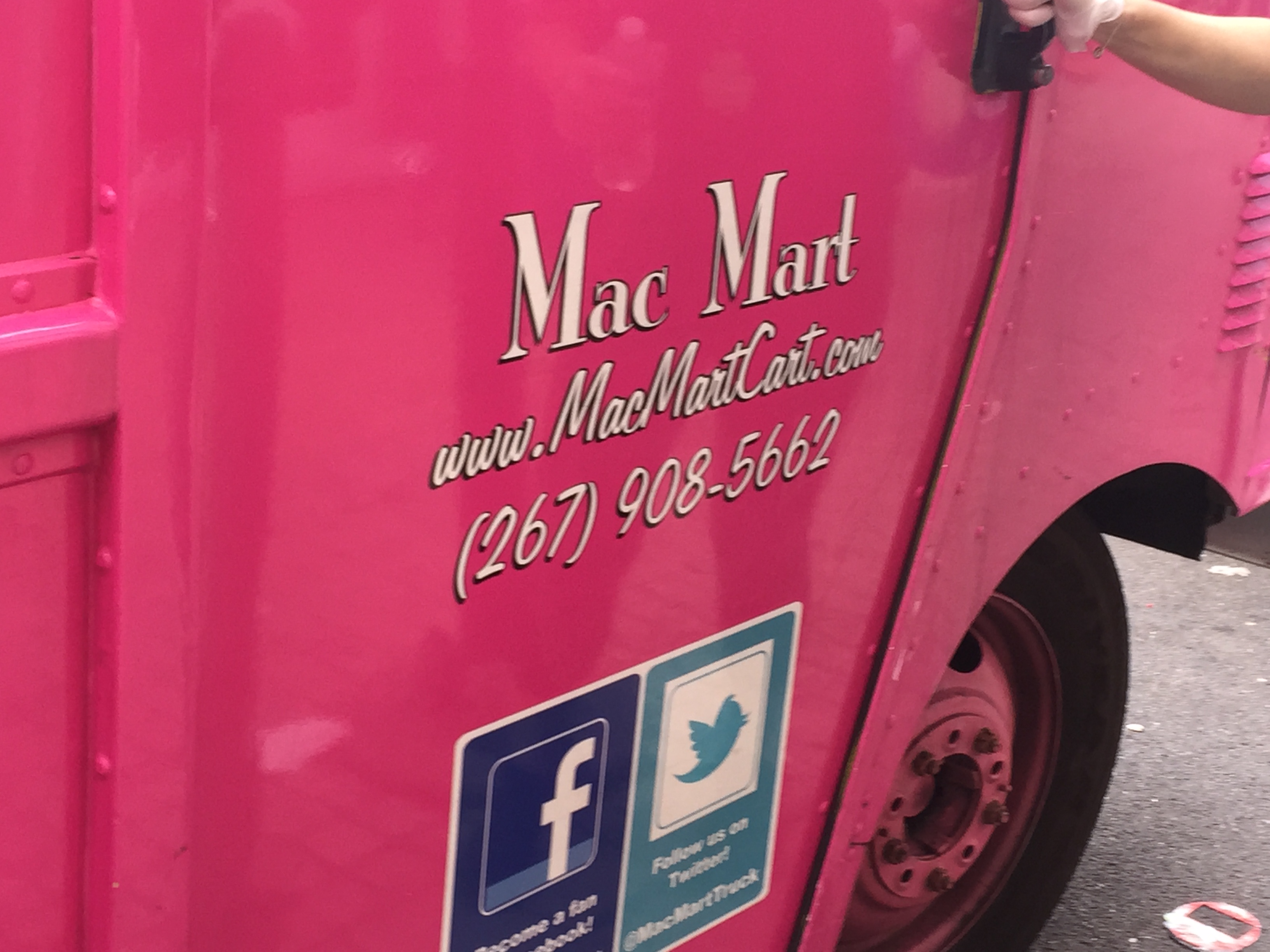 The foundation is a seven-cheese mixture (Lieberman won't reveal the secrets, but we noted a lot of cheddar), poured over elbow macaroni. Stir in some parmesan panko and potato chip crunch, and you've got yourself a bowl of gooey decadence.

But there's more. The "Crabby Mac" adds chunks of jumbo lump crabmeat, and zests it up with some Old Bay. The BBQ bacon bowl combines everything that is good on this earth – bacon, barbecue sauce and mac 'n cheese. The Mac Truck offers different varieties each day and, in the summer, will sell you a kosher hotdog smothered in cheesy, buttery goodness.

The bright pink truck is easy to find (Lieberman's marketing background has come in handy, it turns out). It moves around a lot, but your best bet is to hang around the Drexel campus. It's a worthy qualifier to become champion of this contest.