PHILADELPHIA (CBS) -- Thirteen Philadelphia police officers have been injured and 14 arrests have been made as protests over George Floyd's death turned violent in the city. Police and protesters began to clash on Saturday afternoon and multiple police vehicles were set on fire.

"I have never seen a group of people have more restraint, putting up with what they put up with — spit at, bottles thrown at them, urine thrown at them, caustic agents and balloons thrown in their eyes," Mayor Jim Kenney said about Philadelphia police officers. 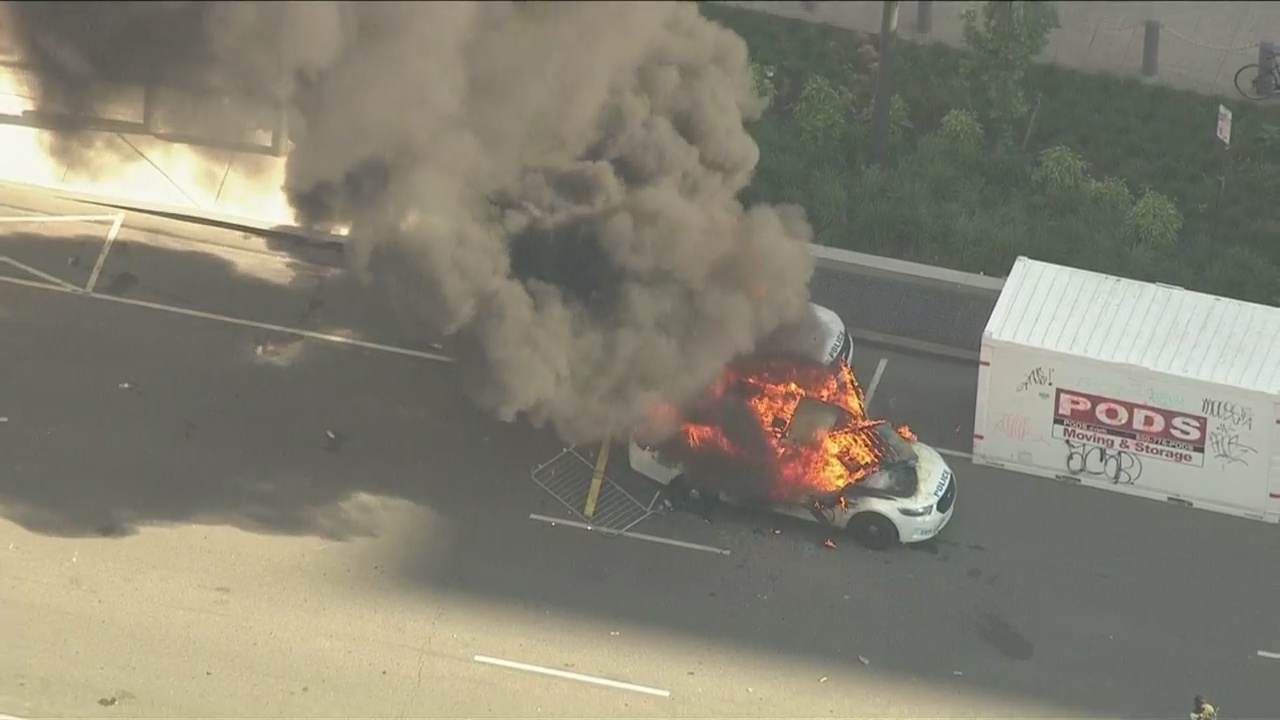 The officers' injuries range from chemical burns to sprains.

The protests demanding justice for George Floyd started peacefully at City Hall and the Art Museum steps this afternoon. Floyd died earlier this week after an altercation with a Minneapolis police officer who knelt on his neck.

Philadelphia Police Commissioner Danielle Outlaw says at the height of the peaceful protest at the Art Museum, there were approximately 3,000 demonstrators.

However, the mood of the protest changed after participants departed the iconic Rocky steps.

Outlaw says that others began to converge on Center City and started committing numerous acts of vandalism. A total of nine fires were set, including to four police vehicles.

Massive looting has also been taking place in the area of West Walnut Street and West Chestnut Street in Center City.

"This is what we need: peace, calm and order," Outlaw said.

Additional law enforcement help has been requested from Montgomery and Bucks Counties.

A mandatory curfew went into effect at 8 p.m. and lasts until 6 a.m. Sunday.

"The peaceful protests earlier were touching showings of our collective grief. The anger being displayed now cannot continue. Please have respect and dignity for each other and return home," Kenney said.

Pennsylvania Gov. Tom Wolf is encouraging everyone involved in the protests across the commonwealth "to be peaceful and to keep each other safe."