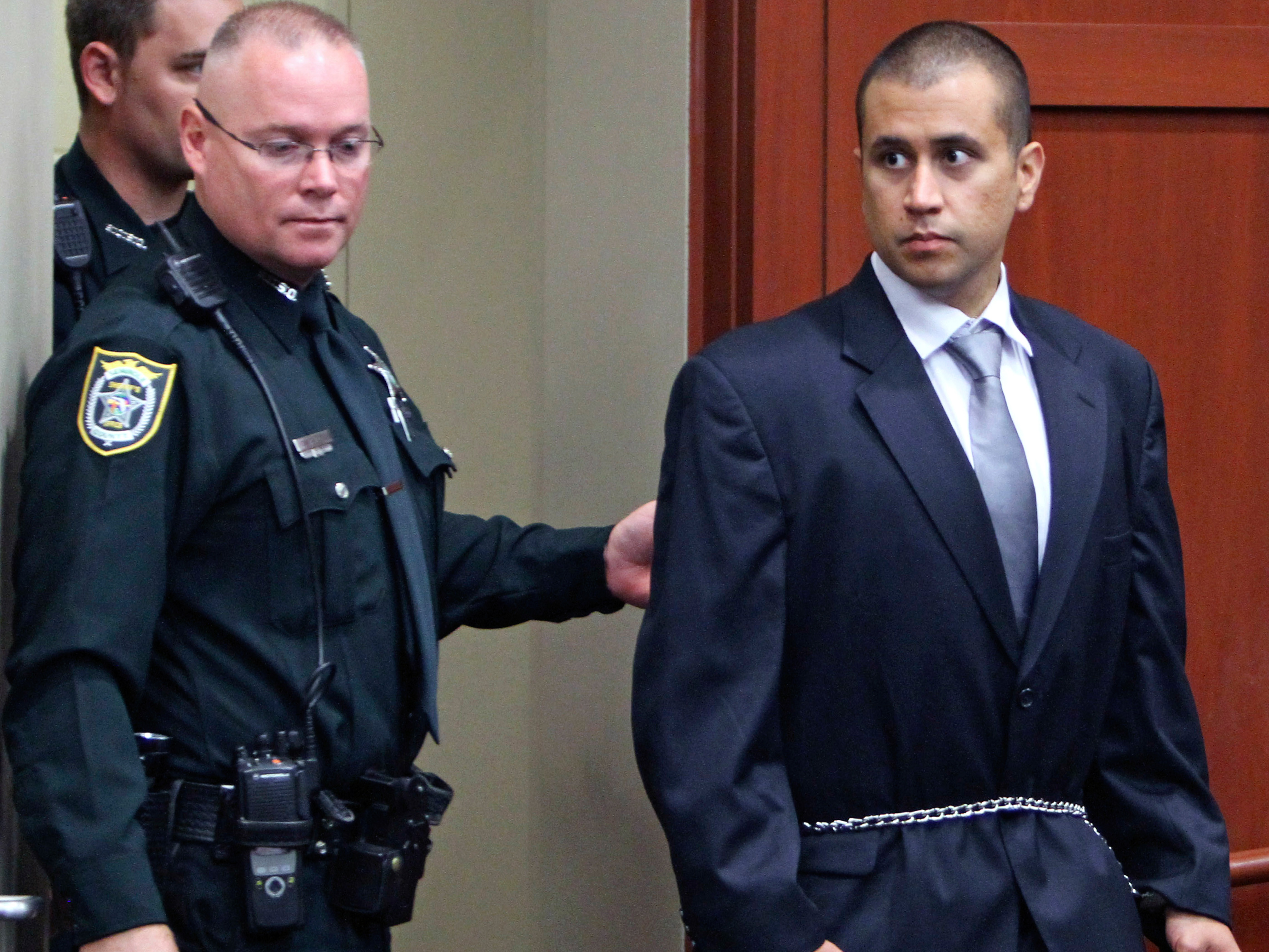 Zimmerman's attorney, Mark O'Mara filed the notice April 12 stating "The Defendant, by and through his undersigned attorney, enters a written plea of NOT GUILTY to the charges now pending against him in the above-styled cause or causes."

Late Monday, Zimmerman walked out of jail on $150,000 bail in the early morning darkness, going back into hiding, possibly in another state, to avoid alleged threats as he awaits trial.

Resignation of Zimmerman case police chief refused
Zimmerman attorney: Apology was ill-timed
Zimmerman to be closely watched while out on bail


Even though authorities can pinpoint Zimmerman's location with a GPS ankle bracelet that he must wear round the clock, the public may not see him again for some time. Zimmerman also waived his appearance at his upcoming arraignment next month, so he can stay underground if he wants.

"He's doing well, he's very glad to be out, trying to get settled in, still worried about his safety, but, you know, talking to his family and feeling much better than being in" jail, Zimmerman's attorney, Mark O'Mara, said Monday night on CNN's Anderson Cooper 360.

O'Mara declined to say if Zimmerman was in Florida, only saying his client will travel to several locations for his safety.

Martin, 17, was unarmed and was walking back to the home of his father's fiancee's home when Zimmerman saw him, called police and began following him on the night of Feb. 26. A fight broke out - investigators say it is unknown who started it.

Zimmerman says Martin, who was visiting from Miami, attacked him. Zimmerman says he shot Martin in self-defense, citing Florida's "stand your ground" law, which gives broad legal protection to anyone who says they used deadly force because they feared death or great bodily harm.

Zimmerman was not charged for more than six weeks, sparking nationwide protests.

While George Zimmerman is free on bail, the police chief criticized for not charging him after Martin's slaying remains under scrutiny, as city commissioners want to wait for the results of a federal investigation to decide if they will accept Chief Bill Lee's resignation.

It could take months before Sanford city commissioners have the information they say they need.

That's because the U.S. Department of Justice is expected to make a thorough analysis of how the city's police department handled the investigation Martin's killing, including studying when officers arrived to the scene to the actions that Lee and other officials took in their ultimate decision not to arrest Zimmerman. Lee remains on paid leave.

"The city commission spoke," city manager Norton Bonaparte said. "They were not ready to have the resignation. So we'll move forward."

Meanwhile, the city needs someone to lead its police department. Mayor Jeff Triplett, one of the three city officials who voted 3-2 Monday not to accept Lee's resignation, said he'd like to see an interim police chief serve before the commission makes a final decision on Lee's proposed resignation.

"That'll be up to the community," he said. "It's a challenge. ... We'll move forward to see if we can get a speedy investigation from the United States Department of Justice or some other entities. That's what I heard from the city commission."

Bonaparte presented commissioners with a signed resignation agreement that he prepared with Lee prior to Monday's meeting. Lee stepped down temporarily in March because he said he wanted to let emotions cool in the aftermath of Martin's slaying.

It seemed likely commissioners would sign off on Lee's resignation - after all, they previously gave him a "no confidence vote." Yet the panel decided not to accept the resignation agreement, which would have included four months of severance for Lee. The majority of commissioners said they wanted to wait for the outside investigation to conclude.

The lack of an arrest in the Martin case led to protests across the nation and spurred a debate about race and the laws of self-defense. Zimmerman's father is white and his mother is from Peru. Martin was black. The shooting also led to the local prosecutor recusing himself from the case, prompting the governor to appoint special prosecutor Angela Corey, who eventually charged Zimmerman.

The majority of commissioners Monday blamed the polarization over the Martin case and its handling by the police department on outside groups. Lee's supporters wore "Bring Back Billy" T-shirts to the meeting, though there were detractors as well.

"I'm disappointed but not surprised," said Velma Williams, the lone black representative on the commission who voted to accept the resignation.