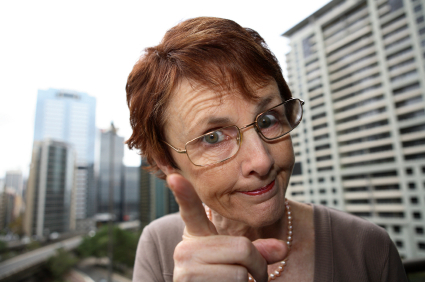 Our company recently implemented a policy that has quite a few people perturbed, myself included.

If an employee is late for any reason what-so-ever; traffic, weather, sick kid; the employee is forced to use their PTO time. We have for YEARS had the option of staying late to make up this time or use PTO. We are now forced to use PTO in order to curb excessive tardiness. A case of a few bad apples spoiling the bunch.

I was stuck in over 20 minutes of traffic this morning. Upon arriving late at the office in a bundle of nerves I sent an email to HR letting them know of my displeasure regarding this new policy. I even suggested a compromise that employees are given two or three "forgivenesses" per year for traffic issues, etc. I was basically told that this is the new policy and to deal with it.

Is this practice of forcing employees to use their PTO time for being late legal?

Legal? Almost certainly. (Remember, your friendly Evil HR Lady is not a lawyer, does not offer legal advice and doesn't even watch Law & Order any more. Your state laws may vary.) Is it a good idea? Certainly not.

Now, I can hear micro-managers everywhere gasping and clutching their chests. "It does too matter! If I say the work day starts at 8:00 it starts at 8:00! I would certainly never hire someone with such a cavalier attitude towards work!"

And right there is the key and what clues me in that this is a very bad policy. Because what your management has done is designated on time behavior as a surrogate for good performance. It's very much like those stupid zero tolerance rules at schools where a kid gets suspended for bringing a butter knife in his lunch. It requires no thought. It doesn't require looking at the situation and evaluating whether or not this is a problem.

It also does not solve the problem. In fact, it will make it worse. Why? Because taking 20 minutes of someone's PTO is a ridiculous proposition. Does this mean that you have to come in from 8:00 to 8:20 on the day you leave on vacation? That's utterly preposterous. So, good employees are bitter because by docking them 20 minutes, you've essentially docked a half a day or more (which is the chunk that people tend to take vacation in). Bad employees though will say, "Well, that vacation day is shot. At 20 minutes per late arrival and 8 hours in a day, I can be late 24 times before losing a day!" Is that what they want? And if they are only coming in 5 minutes late, it essentially means your punishment for coming in late one time is the same as coming in late all the time.

So, what can you do? Realistically it's not likely that you'll get the policy changed. People who implement these policies in the first place are bad managers and bad managers are notorious for not listening to common sense. (Or reading Evil HR Lady, which if they did, would make them better managers.) But, you now have a big clue that this company values time in seat more than anything else and you should behave accordingly.

If your performance appraisal is going to be influenced by the number of times you clocked in 5 minutes late, then leave your house earlier to account for possible traffic snarls. If your direct manager is a rational type and you don't generally have a problem with lateness, you may be able to negotiate directly with her to avoid the HR trolls who monitor this thing. (Really, my HR colleagues, you don't gain respect as a profession when you spend your time doing things like this.) Of course, if you are clocking in, that's unavoidable.

But, yes, this is a glaring sign of management sticking their heads in the sand. Rather than deal with the problem performers they simply punish everyone. Contrary to what they expect, this will not solve the problem and create new ones.