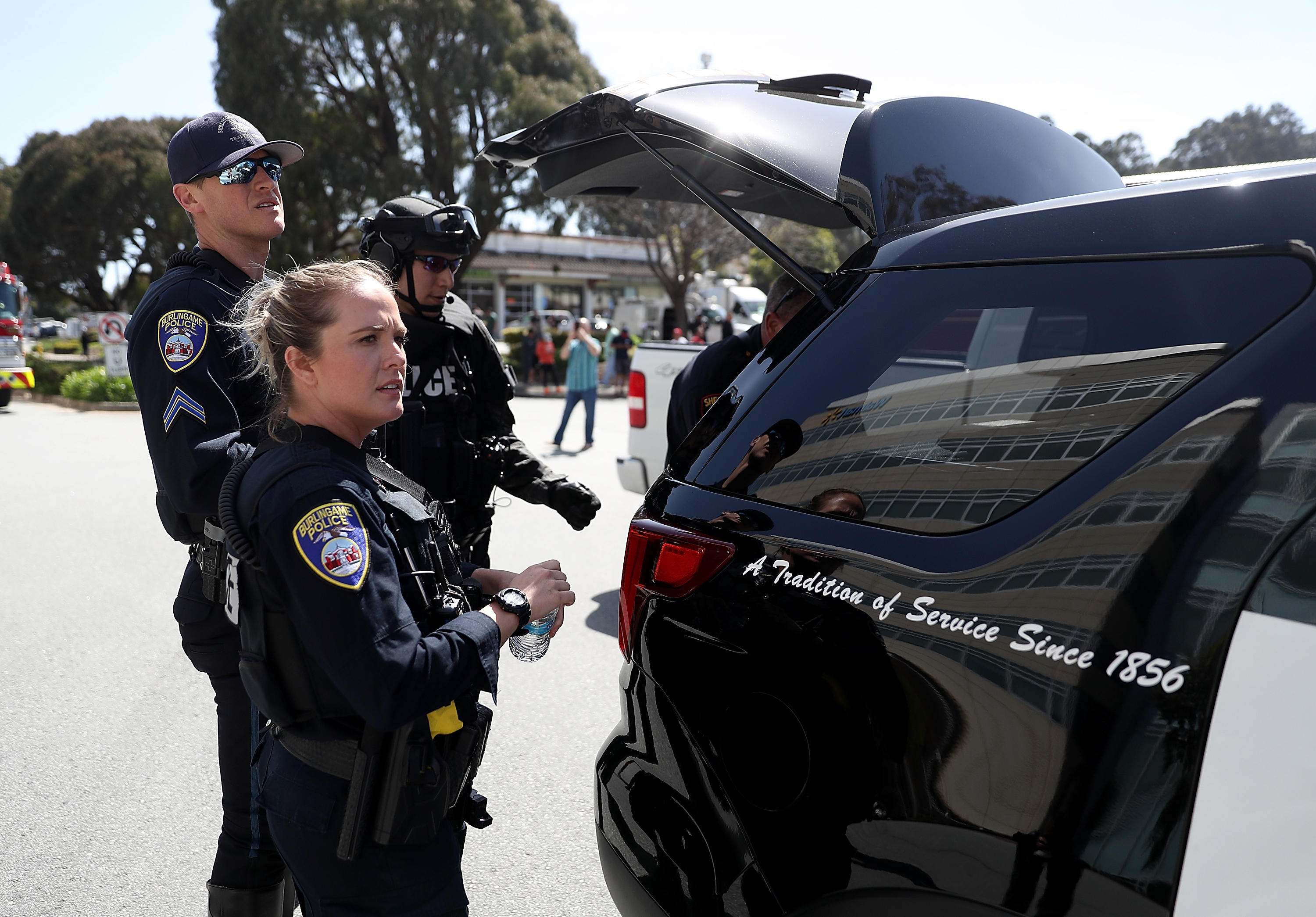 Even before police secured YouTube's headquarters after a shooting there Tuesday, social media was flooded with a familiar scourge: Fake news. Police say three victims in the shooting in San Bruno, California, were transported for emergency treatment and the suspected female shooter was found dead from what they believe was a self-inflicted gunshot wound. The headquarters was evacuated as law enforcement officers investigated.

But on Twitter, various accounts claimed to know much more about the incident and its perpetrator than law enforcement. Many were passed over, but some still managed to attract dozens of interactions.

Twitter responded Tuesday saying it was "tracking" the accounts and "taking action on anything that violates our rules":

That didn't stop someone who rebooted a common hoax that actor Sam Hyde was the shooter, a frequent accusation following shootings. The post included a photo of Hyde carrying an assault weapon.

Some of those tweets have since been removed. Another bogus claim was that YouTuber Matt Jarbo is behind the shooting:

False flag conspirators reemerged in their corner of Twitter to make their familiar claims about crisis actors participating in the shooting.

Even a BuzzFeed reporter actively debunking fake news was pulled into the misinformation:

Dorsey also addressed the issue of fake news on Twitter in a later statement:

YouTube itself, which has been subject to widespread criticism for surfacing conspiratorial videos in the wake of tragedies, was promoting verified media sources through the early waves of reports.

On Reddit, subreddits known for incubating conspiracies that spread to other networks linked the shooting as a "false flag" to be "anti-gun" or positing that the suspect was wearing a hijab and resembled prominent Women's March co-chair Linda Sarsour.

On Gab, a social network that has become a haven for extremist and conspiratorial threads, speculation familiar to anyone following the rise of fake news emerged: That a description of the suspect that was deleted appeared to be the same as early descriptions of Parkland shooting suspect Nikolas Cruz.

CNET's Facebook account was subjected to comments promoting fake news before they were removed, echoing a refrain that Parkland shooting survivor and activist David Hogg was in some way involved.

Every major social network has its own challenges with disinformation. They've enacted series of algorithmic and structural changes in order to combat its spread. Just as Tuesday's shooting raged, Facebook said it was scrubbing more than 270 pages linked to a Russian troll farm.