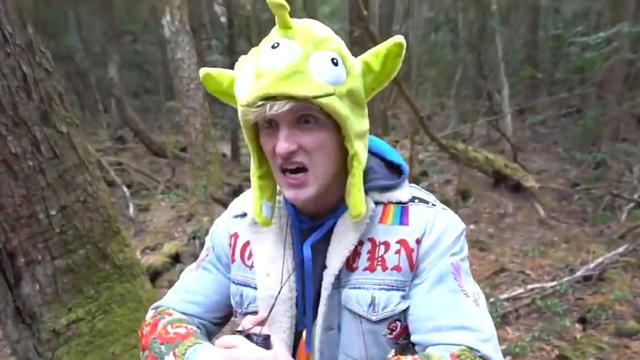 YouTube is moving to punish Logan Paul amid a backlash over the vlogger posting a clip that featured images of a suicide victim.

The video sharing site said Wednesday that Paul's "Originals" projects had been put on hold and that he wouldn't be featured in the fourth season of the YouTube Red comedy series "Foursome." YouTube has also removed Paul's channel from an elite Google Preferred ads program accessible to top creators.

"In light of recent events, we have decided to remove Logan Paul's channels from Google Preferred," a YouTube spokeswoman said in a statement. "Additionally, we will not feature Logan in season four of 'Foursome' and his new Originals are on hold."

The move comes a day after the Google-owned video site publicly condemned the video, saying it violated YouTube's community guidelines and indicating the site was exploring "further consequences" against Paul.

"Like many others, we were upset by the video that was shared last week," YouTube tweeted Tuesday. "Suicide is not a joke, nor should it ever be a driving force for views."

The video featured Paul and his friends reacting with shock and making jokes after discovering an apparent suicide during a trip to Aokigahara forest at the base of Mount Fuji in Japan, a site where a high number of suicides take place. The video, posted in late December, featured images of the dead body and had millions of views before the 22-year-old Paul deleted the clip from YouTube three days later.

Paul's account had already been marked with a strike for violating the company's policies on violent or graphic content, YouTube said. A strike lasts for three months and can mean a loss of ad revenue from videos and from links to crowdfunding and merchandising websites.

Paul, known for his lighthearted and unfiltered touch, faced massive backlash for the video. He was roundly criticized on social media for making light of suicide and for filming in the forest. In an apology last week on Twitter, the vlogger said he didn't post the video for attention or views.