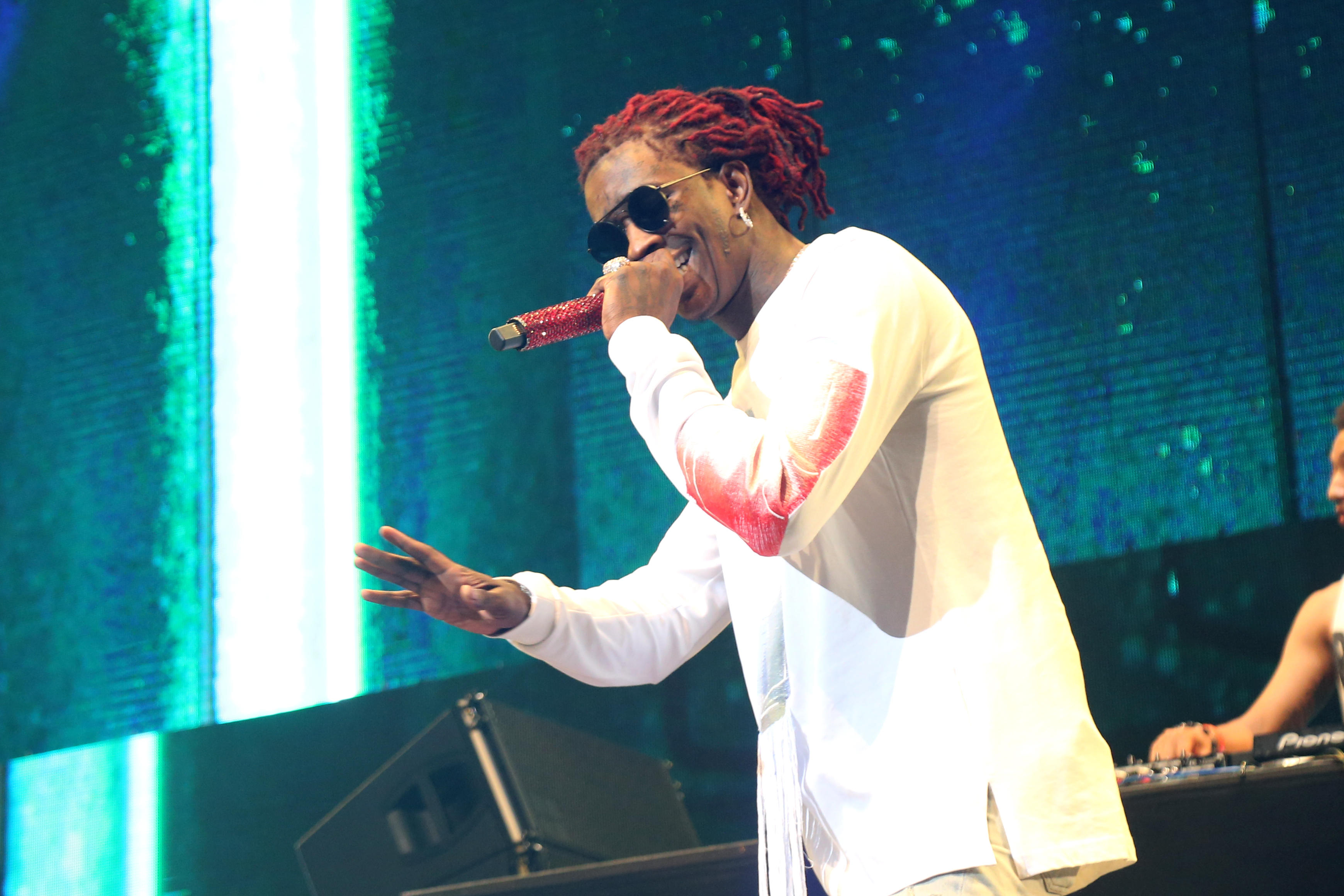 Rapper Young Thug says he will be on Donald Glover's "last album." Glover, who goes by Childish Gambino when he performs music, has made headlines with his new music video, "This is America," which tackles racism and gun violence. Young Thug is also featured in the song.

In an interview with Spotify, Young Thug pointed out a photo of him with Glover and said, "This picture with Gambino ... What were we doing?"

Young Thug continued, "He got in touch with Reese LaFlare, I think they cool, friends or whatever. He told him to come to the [studio]. He said he has a song for me for his last album."

In Gambino's video for single "This is America," he dances shirtless, striking poses that evoke Jim Crow caricatures. But his cheery dance moves are juxtaposed against scenes of shocking gun violence. He has not yet announced a new album.

Gambino made his Grammy stage debut earlier this year, and won an award for best traditional R&B performance this year for his song "Redbone." He was nominated for five Grammies.

The former "Community" actor has also won Emmy Awards for his FX TV show "Atlanta," and he plays Lando Calrissian in "Solo: A Star Wars Story," in theaters on May 25.