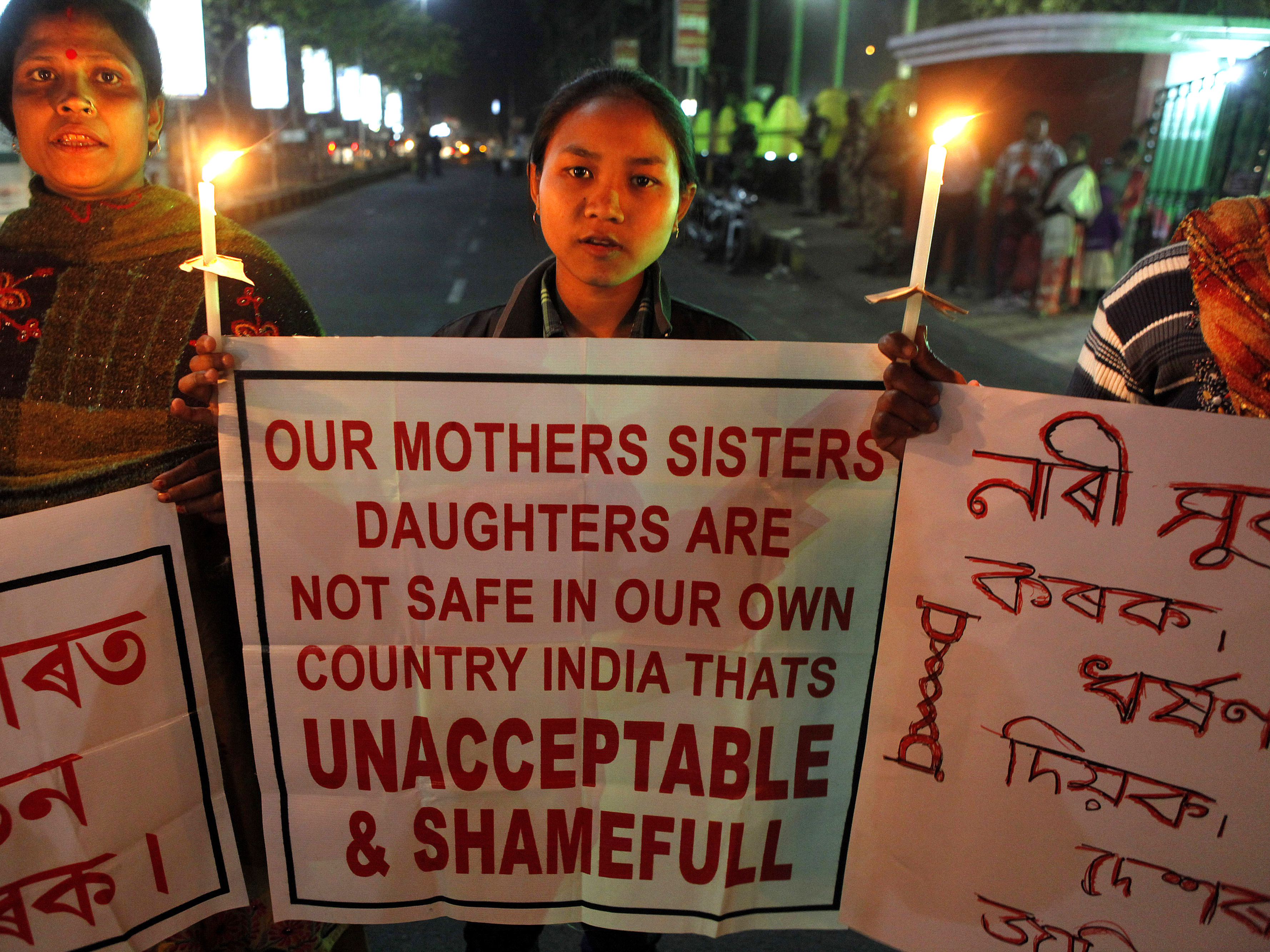 Indian police said Thursday that they have launched a manhunt for men suspected of raping and killing three sisters, aged 5 to 11, in the latest case of sexual violence to grip the country.

The sisters' bodies were found in a village well in Bhandara district in Maharashtra state on Feb. 14 after they had gone missing from school, police officer Javed Ahmed said. The area is more than 1,000 kilometers (630 miles) south of New Delhi, the capital.

As the victims' mother accused police of a shoddy investigation, enraged villagers forced shops to close, burned tires and blocked a national highway passing through the area for several hours on Wednesday, demanding justice.

"The police did not take the case seriously and did nothing for two days," the CNN-IBN television news channel quoted the mother as saying. Her name was withheld.

"It is unacceptable. All of us have to hang our heads in shame," Patel said.

Cabinet Minister Manish Tewari called the killings a "very, very heinous assault" and announced that Prime Minister Manmohan Singh was sending 1 million rupees ($18,300) to the family. The central government has asked state investigators to keep them informed of the investigation.

The fatal gang rape of a young woman in a moving bus in New Delhi on Dec. 16 set off nationwide protests about India's treatment of women. Five men are being tried on rape and murder charges.

CBS News correspondent Holly Williams reported from New Delhi this week that India is having a cultural crisis after the brutal attack in the capital. That crime unleashed a wave of protests over the treatment of women in Indian society.

Thousands of protestors have taken to the streets, angry over what they say is an epidemic of harassment and violence against women.

Garima Shrivastara organized some of the protests. She says that Indian women live with fear every day.