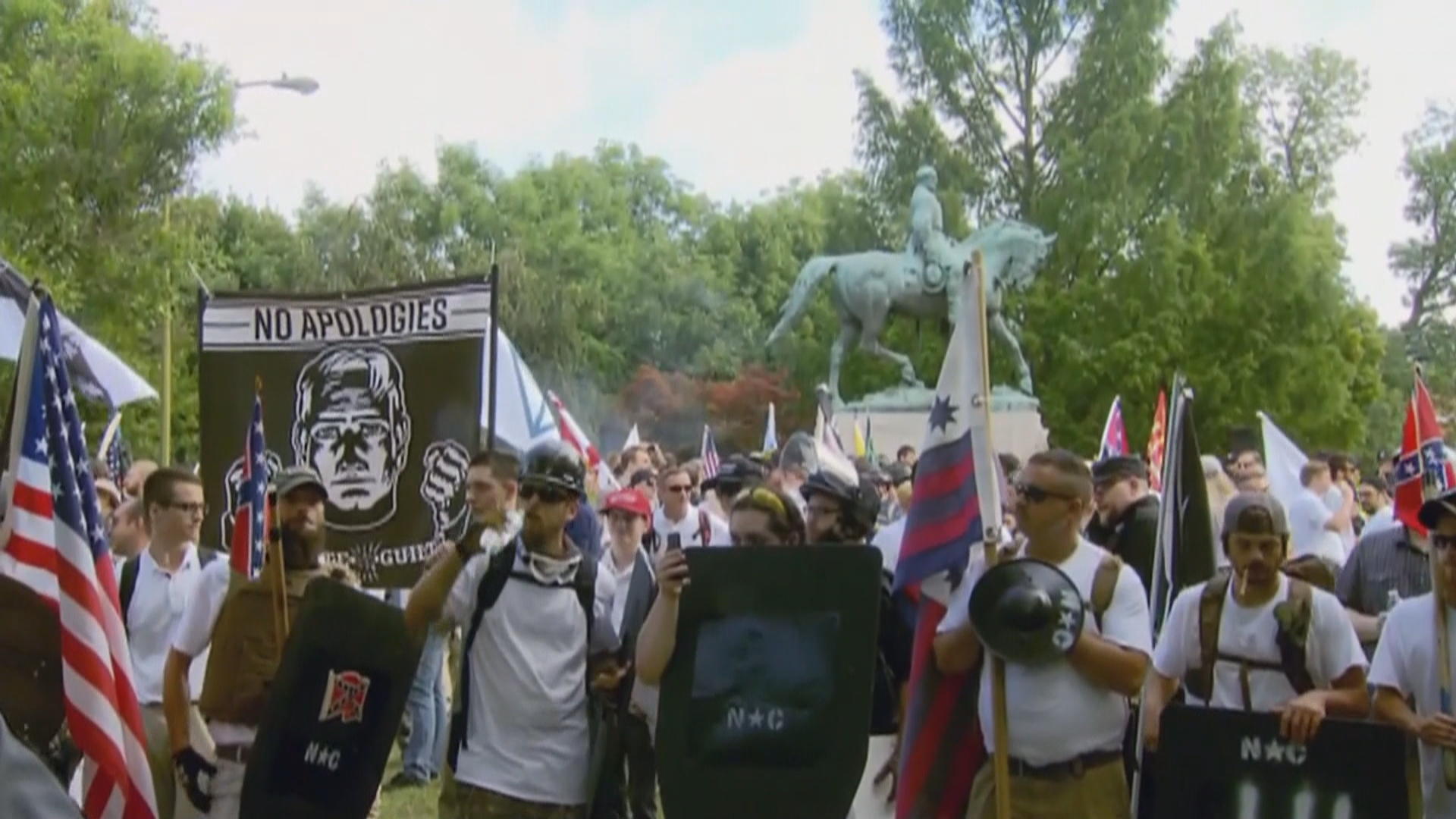 A Twitter page is becoming a new battleground after Saturday's violent rally in Charlottesville, Virginia. The five-year-old page is dedicated to calling out racism.

Now, it's shifting its focus to exposing white supremacists who gathered over the weekend to protest the city's effort to remove a Robert E. Lee statue. Many of those protesters were clearly identifiable, though largely anonymous.

One man wants to change that, reports CBS News correspondent Kris Van Cleave. He's using his Twitter page, "Yes, You're Racist," not just to name them, but to shame them.

"We saw more white supremacists attend the rally in Charlottesville than we've seen in over a decade," said Oren Segal, director of the Anti-Defamation League's Center on Extremism.

Many also seemed unconcerned about being exposed.

He decided they didn't deserve to be anonymous. On Saturday, he started posting photos of the protesters on his Twitter page. As his followers jumped from fewer than 65,000 to about 350,000, they started helping him put names to faces.

"I was able to go through those public profiles, look at more pictures to determine, you know, that they were in fact the same person," Smith said.

For many, one man's image has come to symbolize Friday night's rally. "Yes, You're Racist" identified him as Peter Cvjetanovic, a student at the University of Nevada, Reno.

"I do not identify as a white supremacist or a racist. Of course, that definition's really fluid. People have one version, I have another. I'm alt-right, because I'm pro-white," Cvjetanovic says.

It's not just Twitter that's led to the outing of Charlottesville's protesters. After The New York Times posted a photo of James Alex Fields, Jr.  – the driver accused of killing a woman when he slammed his car into counter-protesters – the man standing next to him was soon identified on social media as Nigel Krofta. He's now lost his job at an equipment supply company.

"I'm running in my head, how am I gonna get money now? But, it don't phase me. Nothing phases me," Krofta said.

Experts say the current political environment may make it difficult to shame extremists.

"When you have white supremacists and those who are violent feeling comfortable in society today, that's a danger," Segal observed.

Segal told CBS News, white supremacists see this moment in time as the start of a so-called "white civil rights movement," and the rhetoric is intensifying.

Smith told CBS News he's gotten death threats since the weekend, as have many of the people he's identified.