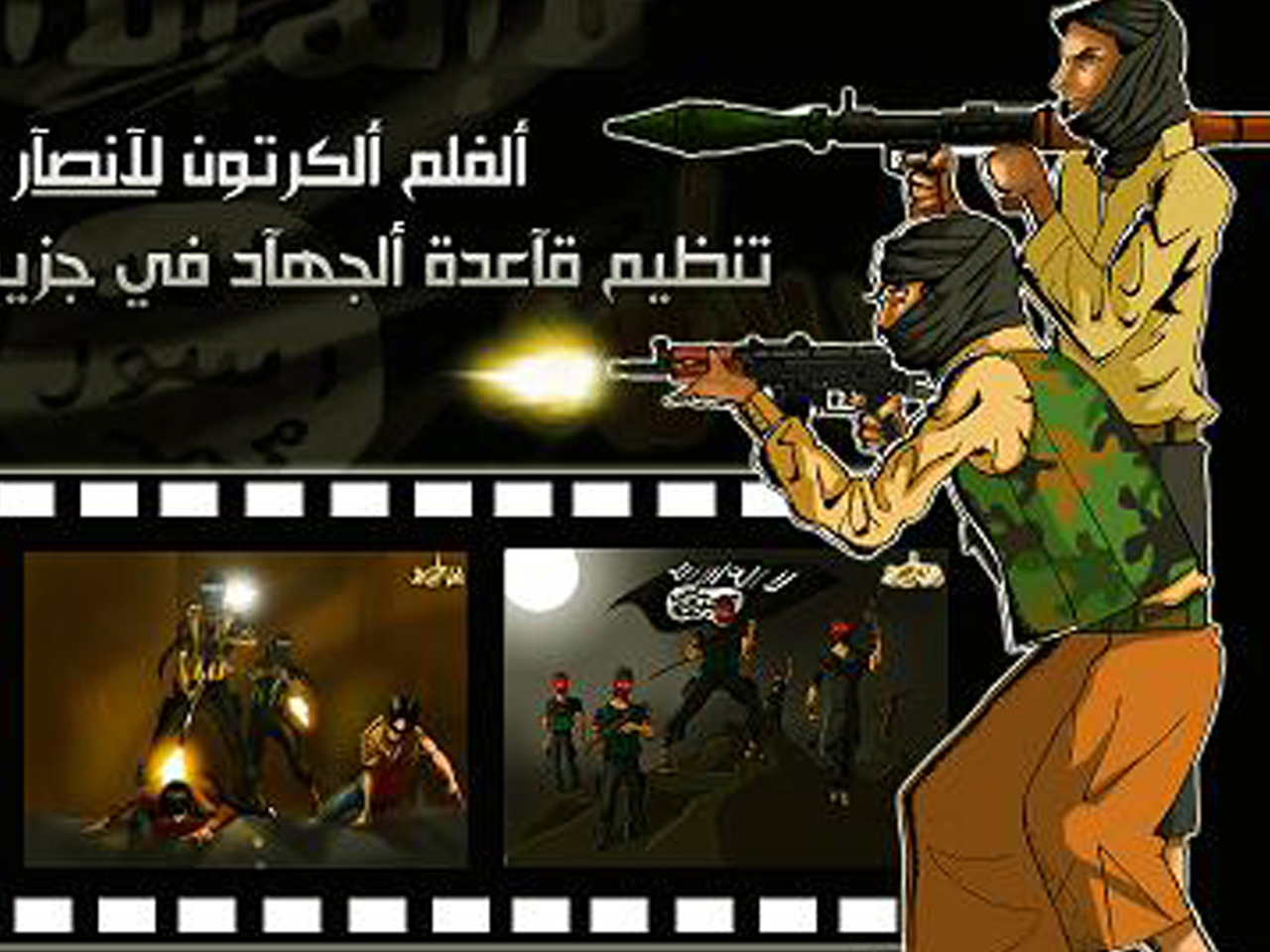 LONDON - An al Qaeda affiliate says it plans to roll out what some have called a Disney-like animated cartoon aimed at recruiting children to the terror network.

Scenes from the proposed short film show young boys dressed in battle fatigues and participating in raids, killings and terror plots. It is the latest attempt by the terror organization to use multimedia to draw in potential recruits. Recently, a Yemen-based extremist group released an online women's magazine with makeup and chastity tips.

News of the animated film was announced by a group called Abu al-Laith al-Yemen on the Arabic-language al-Shamouk jihadist website, the London-based Quilliam Foundation reported Wednesday. Quilliam, which was formed by former jihadists and now aims to stamp out extremism, said it appears the group is affiliated with al Qaeda in the Arabian Peninsula.

"It's a Disney-like film aimed at kids that tells stories of the Prophet, stories of holy wars and anti-Western propaganda," said Noman Benotman, a former jihadist with links to al Qaeda who is now an analyst at Quilliam. "But I think it could backfire. Families will be angry that al Qaeda is directing this at their children."

British intelligence officials view al Qaeda in the Arabian Peninsula — which is the branch active in Yemen and nearby countries — as a significant threat. A bomb placed under the driver's seat of a British man's car blew up in southern Yemen on Wednesday, killing the man and wounding several others.

Security across Yemen has nearly collapsed after five months of mass protests calling for the end of autocratic President Ali Abdullah Saleh's 33-year rule. The U.S. and Yemen's Gulf neighbors fear al Qaeda and other armed groups could exploit the chaos to step up operations.

The British man, who has not been identified, was killed after a bomb planted in his sport utility vehicle blew up as he drove through the southern port city of Aden, security officials said. The man worked for the Aden-based Arab Company for Inspection and Marine Consulting.

Benotman said the group behind the film said it was in its final stages and planned to distribute it through websites and DVDs.

The movie makers released four takes of the movie through the Arabic-language web site and asked for feedback from forum users. Most approved, Benotman said.

The released film clips are in Arabic.

British intelligence and security officials have also warned of propaganda coming from U.S.-born Yemeni cleric Anwar al-Awlaki, who has won a following with English speakers in the Unites States and Britain with video sermons that talk about foreign policy and poor job prospects for young Muslims.

Roshonara Choudhry, a student jailed for 15 years after she shooting at Fort Hood, Texas, that left 13 dead, the attempted suicide bombing of a Detroit-bound airliner and other recent plots aimed at the U.S. and Britain.