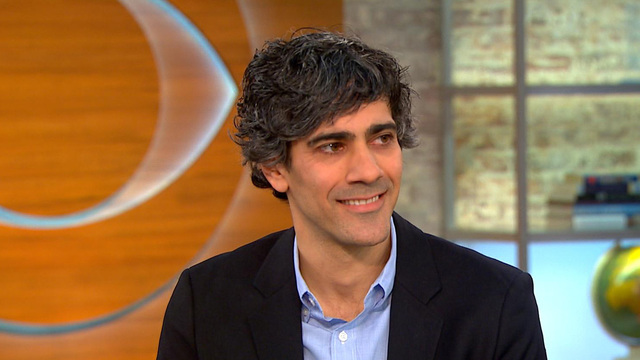 More than 11 years after launching, Yelp has become a staple for the customer experience, with more than 90 million consumer reviews for businesses in 32 countries. Research shows positive reviews have a direct influence on businesses, which see revenue increases between 5 to and 9 percent.

That was the vision of CEO and co-founder Jeremy Stoppelman when he created Yelp in 2004, back in the days of Yellow Pages.

"It was essentially a big book of advertisements and now with Yelp, you could tap into the community around you," Stoppelman told "CBS This Morning" Wednesday.

But with success comes significant challenges. Business owners have accused Yelp of bias towards stores that pay for ad space and there is also increased competition from Google, which Stoppelman said has "completely lost its mind."

"Google has its own version of Yelp that doesn't have all the content. They're trying to promote that because that's where the advertising revenue is for them, but that's not necessarily what's best for the consumers," Stoppelman said. "It used to be this turnstile -- you just searched Google and it sent you the best place on the web. And that's not how it works anymore."

Yelp has a 89 million mobile and 79 million desktop users per month, and 2.5 million claimed local business pages. But as the number of reviews has grown, so too has the risk of fraudulent ones.

Some customers have even faced lawsuits after posting negative reviews about their experiences.

But Stoppelman said the negative reviews add to the site's authenticity.

"How could you not trust it if there wasn't any negativity? I mean if everybody was five stars, how would you distinguish what are the really great businesses?" he said. "That's the beauty of Yelp - it reflects the real world, which is the good and the bad. And a lot of good," he said.

Reviews that have been submitted are not always available to see on Yelp. An automated software filters through more than 47 million reviews submitted daily to recommend the most "useful and reliable ones." This is contingent on several factors including star ratings and matches to users' searches.

But some users have gotten into serious trouble -- one woman was sued for $750,000 for defamation after writing about her experience with a home contractor.

Stoppelman is advocating for an "anti-slap" legislation that would protect customers against such legal issues.

"When a person writes a review that maybe is controversial, that maybe is negative, sometimes business owners want to sue them and a lot of states actually have very strong protections that allow the courts to take a quick look and then throw out that lawsuit," Stoppelman said. "But they vary by state and we'd love to see that put in place at the federal level so that everyone is covered in the same way."

Pandemic forces teen students to work to support their families