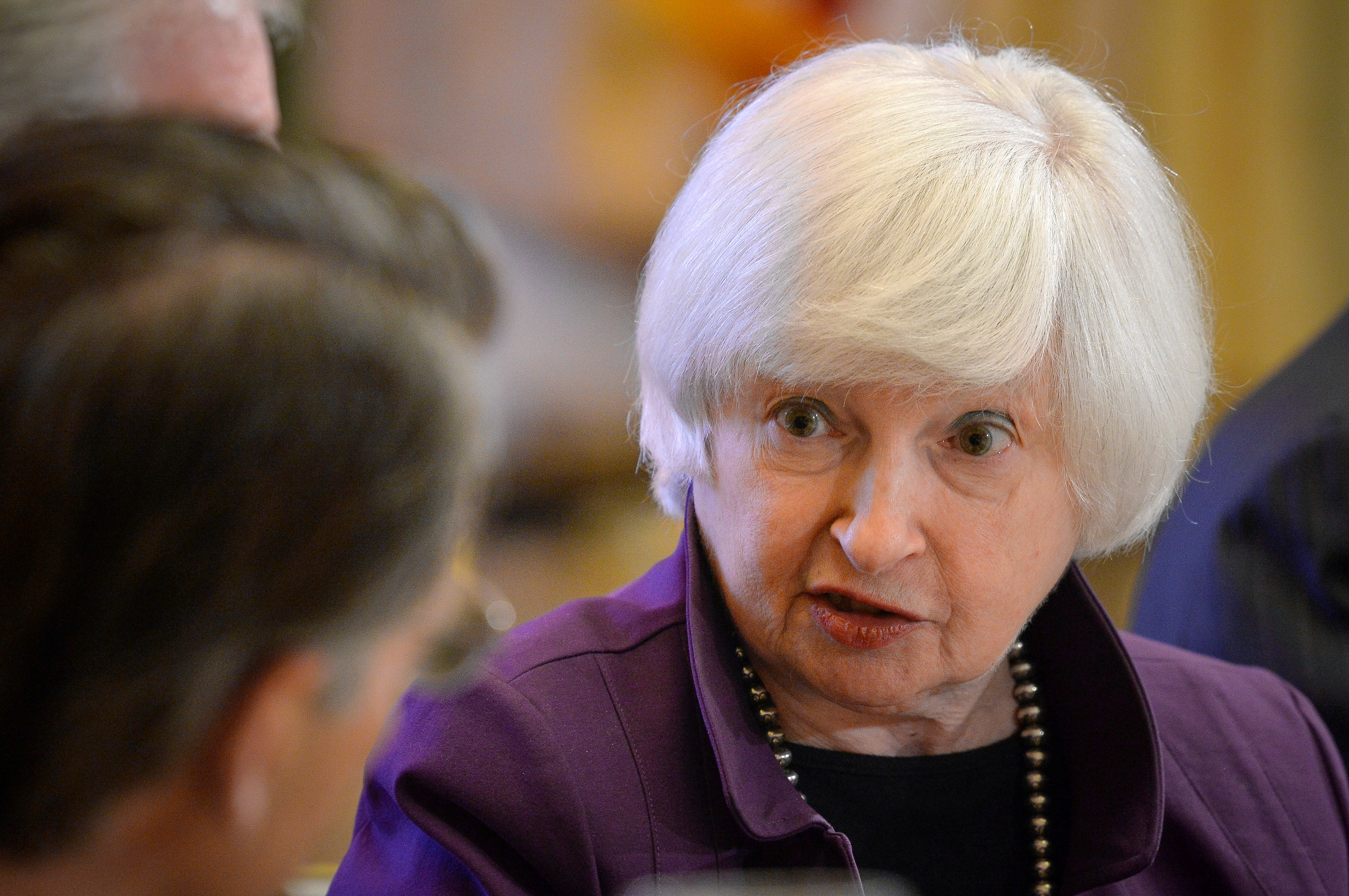 Federal Reserve Chair Janet Yellen said the outlook for the U.S. economy remains favorable, but she omitted any specific talk as to timing in saying interest rate hikes are coming.

"June was pretty much dead after the employment report, and today to me put the nail in the coffin," Bill Stone, chief investment strategist at PNC Asset Management Group. "Odds favor September."

While acknowledging weak job growth in May, Yellen said the payrolls report was not supported by other economic reports including weekly jobless claims and the Jobs Openings and Labor Turnover Survey (JOLTS).

"Although the economy recently has been affected by a mix of countervailing forces, I see good reasons to expect that the positive forces supporting employment growth and higher inflation will continue to outweigh the negative ones," said Yellen in a speech Monday afternoon in Philadelphia. "As a result, I expect the economic expansion to continue, with the labor market improving further and GDP growing moderately."

Wall Street took Yellen's comments in stride, with U.S. stocks briefly scaling back, and then adding to its gains, with the S&P 500 about 1 percent away from its record high. At 3:35 p.m. Eastern, the Dow Jones Industrial Average was up 133 points, or 0.8 percent, at 17,940.

"The risk that bothered the market early in the year was that the Fed would push too hard to hike, and squash the economic recovery," said Stone. "Now June's off the table, and July is pretty questionable as well."

While current economic conditions mean an increase in short-term interest rates is "likely to be appropriate," Yellen reiterated that monetary policy is not on a preset course and could change if growth slows.

"Although this recent labor market report was, on balance, concerning, let me emphasize that one should never attach too much significance to any single monthly report," she said in addressing the World Affairs Council of Philadelphia. "Other timely indicators from the labor market have been more positive."

Yellen's remarks are the last public comment by a Fed official before a June 14-15 meeting by the Federal Open Market Committee (FOMC), which sets interest rates.

Yellen has appeared to vacillate on when consumers, business and investors could expect tighter monetary policy. In a May 27 speech, she said an increase in the federal funds rate -- how much banks charge each other for overnight loans -- would likely be appropriate "in coming months." But on Monday she sounded a modestly more dovish note, declining to specify a time table for the next rate hike while underlining the recent slowdown in the pace of job-creation.

The jobs report released Friday showed "payroll gains much smaller in April and May than earlier this year," said Yellen, who added that said. "We will need to watch labor market developments carefully."

One positive component to the data was a 2.5 percent increase over the past 12 months in average hourly earnings, which Yellen called "a welcome indication that wage growth may be finally picking up."

Yellen pointed to the upcoming referendum in the United Kingdom as among the uncertainties that could rattle global markets and economy, saying "a U.K. vote to exit the European Union could have significant economic repercussions."

Yellen may still favor a July rate hike, but it would require "a bounce back in June's employment figures and a vote by the UK to remain in the European Union," Paul Ashworth, chief U.S. economist at Capital Economics, said in a research note.

"Nothing too surprising after Friday's employment report left little doubt that there would be no tightening at the June 14-15 FOMC meeting," emailed Jim O'Sullivan, chief U.S. economist at High Frequency Economics.

Taking questions after her speech, Yellen demurred when asked about speculation that the global economy was at risk should presumptive Republican nominee Donald Trump be elected president. "I'm sorry, I've got nothing for you on that. We're very focused on doing our jobs, and we'll see what happens."