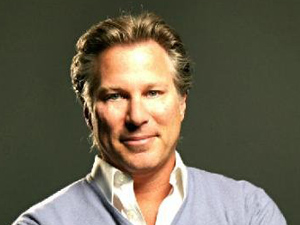 (AP) SAN FRANCISCO - Yahoo's (YHOO) restless shareholders let interim CEO Ross Levinsohn know that they won't give him much time to fix the troubled company if he gets the job on a permanent basis.

Levinsohn faced skeptical questioning at Yahoo's annual shareholders meeting Thursday as he tried to convince investors that the embattled Internet company will rebound from years of financial malaise and internal turmoil.

The foibles have depressed Yahoo's stock as the company struggled to find a leader who could come up with a strategy to reverse a decline exacerbated by the success of Internet search leader Google Inc. and social networking leader Facebook Inc. (FB).

Levinsohn, who once ran Internet services at News Corp., will be Yahoo's fifth CEO in five years, if the company removes the interim tag from his title, as widely expected. That doesn't include Yahoo's chief financial officer, Tim Morse, who temporarily led the company between the firing of Carol Bartz as CEO last September and the hiring of her replacement, Scott Thompson, in January.

Yahoo dumped Thompson two months ago amid a flap over misinformation on his official biography, providing Levinsohn with an opportunity to prove that he is the right person for the job.

Levinsohn, 48, has made a positive impression so far by closing a long-delayed deal to sell part of its stake in Alibaba Group, one of China's most successful Internet companies. He also negotiated a truce with Facebook, averting a legal fight over patent rights that threatened to poison Yahoo's partnerships with the social network.

But other Yahoo CEOs have gotten off to promising starts that disintegrated into disillusioning letdowns.

The broken turnaround promises of Yahoo Inc.'s past CEOs shaped the testy tenor of Thursday's meeting. The memories of Yahoo's squandered opportunity to sell itself to Microsoft Corp. for $47.5 billion, or $33 per share, in May 2008 didn't help the mood either. Yahoo shares fell 11 cents to close Thursday at $15.69.

In a particularly prickly presentation, one longtime shareholder railed against Yahoo for its lack of innovation and compelling content. The Associated Press couldn't verify the identities of the seven shareholders who spoke during a 35-minute question-and-answer session because Yahoo banned reporters from attending the meeting at a Santa Clara hotel. The AP listened to the meeting on a webcast provided by Yahoo.

"You are behind the ball and you have been behind the ball, regardless of which CEO has shown up," the shareholder said. "You don't execute. ... As a consumer, I have given up on this company."

Other shareholders vented at Yahoo for spending too much on executive salaries and on research and development with little to show for it. Levinsohn also got blamed for his predecessors' inability to develop an effective strategy to increase its revenue at a time more advertising is shifting to the Internet.

Yahoo might have faced even more questions if it hadn't set an hour limit for the entire meeting.

In his responses, Levinsohn talked like someone who expected to be running Yahoo for more than just a few months.

Levinsohn repeatedly touched upon his desire to cement Yahoo's position as a "technology-powered media company" that creates some unique content on its own and teams up with a variety of other outlets, ranging from ABC News to the online music streaming service Spotify, to distribute other sources of information and entertainment. Levinsohn believes that combination will enable Yahoo to sell more advertising aimed at a more engage audience, which currently encompasses about 700 million monthly users worldwide.

"We are working hard to clearly define a strategy for this company," Levinsohn said.

Once that is done, he said, Yahoo will reset its budget and determine how big its workforce should be. While Thompson was still CEO in April, Yahoo began laying off 2,000 employees, or about 14 percent of its payroll.

Yahoo gave no indication on when it might name someone permanent as CEO.

Levinsohn wasn't the only new face at Thursday's meeting. Eight of the 11 board members elected Thursday have been appointed in the past five months. One of the recent appointees, New York hedge fund manager Daniel Loeb, had threatened to lead a shareholder mutiny if he didn't get a seat on the board.

Yahoo bowed to Loeb's demands in May after he exposed the inaccuracy on Thompson's biography.

Loeb will have a major incentive to ensure the next CEO doesn't dawdle. His hedge fund, Third Point LLC, owns 72 million Yahoo shares - a 5.8 percent stake in the company.

Yahoo will provide investors a more revealing look at its progress under Levinsohn next Tuesday when it releases its second-quarter earnings.