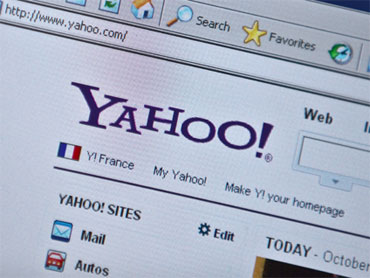 Yahoo's fourth-quarter earnings more than doubled, but declining revenue makes it clear the Internet company is still struggling to cash in on the online advertising boom.

The results announced Tuesday underscore why many investors are wondering if Yahoo CEO Carol Bartz is the right person for the job as she enters the second half of a four-year contract she signed in January 2009.

Although Bartz has boosted Yahoo's earnings through layoffs and other cost-cutting measures, the company's revenue has fallen from its levels before her arrival.

Revenue dropped 12 percent from the prior year to $1.53 billion.

Shares in Yahoo, which is based in Sunnyvale, fell 61 cents, or 3.8 percent, to $15.48 in extended trading Tuesday after the results were released. In regular trading earlier, shares fell 7 cents, or about 0.4 percent, to $16.02.

The results come as Yahoo is laying off 100 to 150 workers. The job cuts made Tuesday represent about 1 percent of Yahoo's work force of roughly 13,500 employees. It marks the second round of payroll trimming in two months. Yahoo jettisoned 600 workers just before Christmas.