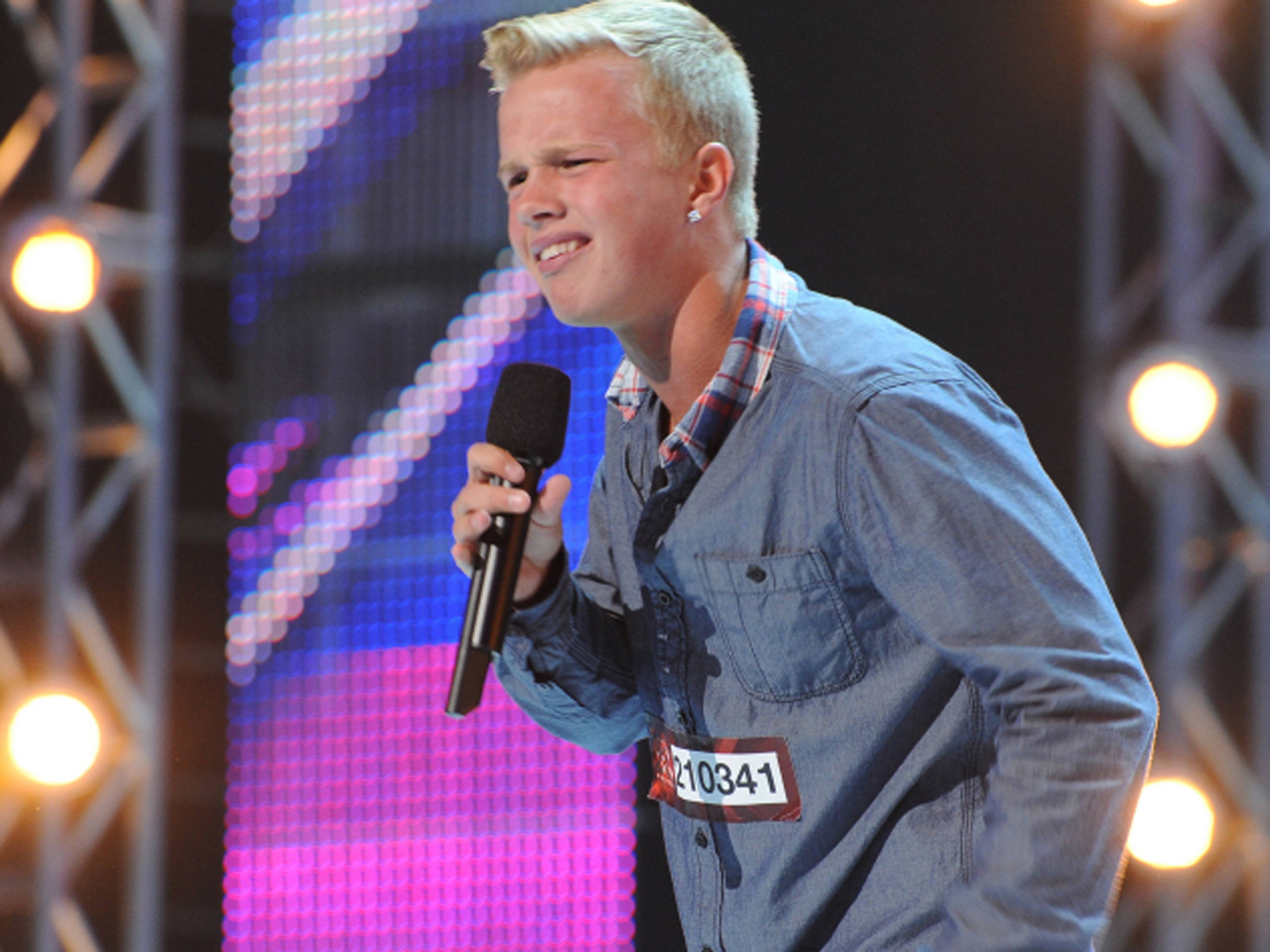 (CBS News) "The X Factor" kicked off its next round of auditions Wednesday night in Kansas City, Mo., without judge Simon Cowell, who was under the weather.

Cowell did send in a replacement judge his friend and Boyzone manager, Louis Walsh. Walsh joined judges Demi Lovato, Britney Spears and L.A. Reid to check out the competition in Kansas City.

First person to take the stage was 18-year-old Rizzloe Jones, whose blonde hair and appearance made the judges think twice about his rapping skills. Jones did a freestyle for the judges asking them for a subject. Lovato suggest "marshmallows" but Reid insisted on "X-Factor" - Jones did both.

All of the judges were wowed. Spears calls Jones a "young Vanilla Ice Ice Baby." Reid told the rapper, "I like your flow. I admire how brave you are to stand up there and do that. And you know, it was really good."

CeCe Frey, 20, who tried to get to judges attention by putting a fake leopard print tattoo on her forehead, sang "Unchained Melody," but the judges were not feeling her rendition.

Lovato decide to save Frey, giving her a second chance. Frey sang Christina Aguilera's "Aint No Other Man," which made Spears' mouth drop and Reid dance in his chair.

"Your attitude is awesome and I kind of have a girl crush on you," Lovato said. Frey is sent on to the next round.

The auditions then moved from Kansas City and Cowell returned to judge.

Citizen, a boy band, hit the stage singing and doing a choreographed dance to En Vogue's "Don't Let Go." Reid "really liked it," but Cowell felt it was a little out of date. Citizen made it through without Cowell's approval.

The last audition was Jessica Espinoza, a 22-year-old from San Antonio, who had been performing on the street to earn money. Espinoza gave a heartfelt performance of Pink's "Nobody Knows."

"I honestly don't even know where to start ... you have a sparkle in your eye that you only see in people who have the 'X Factor,'" Lovato told Espinoza.