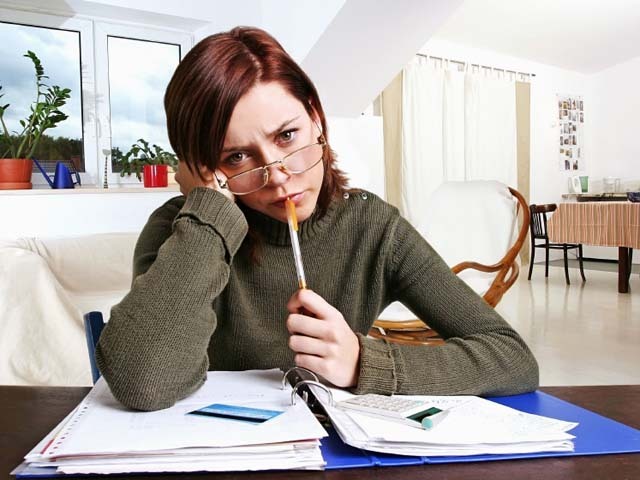 If you were offered a job that paid considerably less, but would be more enjoyable and satisfying than the one you do now, would you take it? Of course, many people don't have the luxury, but for those who can afford it, earning less while doing something more meaningful or that allows more time with family can be worth a lifestyle change.

Here are the stories of seven people who bid adieu to a big paycheck -- and gained something valuable in the process.

I went from making $100K to $50K. It was the best thing I ever did. In 2009 I had my first child and my son changed my world. I looked into those big beautiful eyes and I imagined what I would say when he asked me one day why I chose the career I did. I was in my job because I was good at it and it was a good salary. So in order to be able to tell my son in 18 years that he should follow his dreams and pursue his passion, I decided to do that myself. I chose a job at an organization I loved, trusted, respected -- a non-profit which allowed me to use my skills to benefit others. - Shyno Chacko Pandeya (who now owns an Ayurvedic wellness center with her family)

My job made me healthier: 4 inspiring stories
Career changes: 5 success stories
6 tips for starting a business from successful entrepreneurs under 30

Four years ago, I quit my job as a corporate executive, making $200,000 per year, to work as a Buddhist Minister for less than $35,000 per year. I started practicing Buddhism in my early twenties, but didn't take it seriously until the mid-90's when I dedicated myself to regular meditation and silent retreats. Slowly, I began to experience a sense [of] peace and, dare I say it, deep happiness. The Buddhist practices of meditation and mindfulness ended up making me a better consultant, but by then my heart was no longer in the work. I followed my passion into the ministry to be able to serve others every day. I sold my house, downsized my possessions and bought a small apartment two blocks from the temple where I now work. I sometimes miss being able to spend money without a second thought, but the trade-off of a simple life is so worth it. - Janet Taylor, director, Temple Buddhist Center

In August 2008, I gave my employer notice that I was leaving effective year end 2008 to be closer to home and change careers. After a successful 25 years on Wall Street, the last 18 at AllianceBernstein, I decided it was more important to work closer to home and devote more time to my family and to volunteer opportunities. I bought half of a small investment management effort in Northern NJ and willingly agreed to earn 60% less. Business is growing, but more importantly, I was able to spend more time with my son over the 18 months before he went to college and with my then 11, now 13-year-old daughter. - Andrew M. Aran, CFA, partner, Regency Wealth Management

Three years ago, early into the financial crisis, I left my job as a fixed-income portfolio manager at a bank (turning a big pile of someone else's money into a slightly bigger pile of someone else's money) to work full-time as a stand-up comedian. My pay went from low six figures to mid five figures, about a 2/3 pay cut. Plus, now I have to pay the entire cost of my health insurance, and there's obviously no 401(k) match). Am I glad I did? Hell yeah! - Shaun Eli

I worked at Hewlett Packard for 11 years, and with my bonus made upwards of $250,000/year, but left to start my own business,  which hopefully will [make money] soon. I started thinking about leaving Corporate America when my little boy developed a debilitating fear of zombies. I know it sounds silly, but he was so scared he wouldn't go into his room at night. So I took a lavender spray and stuck a zombie repellent label on it and it worked. He ran around his room spraying his doors and windows, and we were zombie free. Within six months I developed my full line. - Stephanie Corey, Miss Stephanie's Potions

In July I left my $100K/year + 20% bonus job to teach yoga. I basically took about an $80K/year pay cut. I  [also] took [an entry-level] remote job with TripAdvisor that would allow me to have a steady pay check and health insurance, and would allow me the flexibility to teach yoga whenever I want. In the past few years I've been through a lot; my dad passed away suddenly and I donated a kidney to my cousin. When you go through stuff like that, you just don't look at life the same and you want your time to matter, to be well spent. I also turned 40 which helped my perspective a bit...Life is way too precious to waste your time being miserable just for a paycheck. - Tina Kozik

I spent the last twenty years working for Yellow Pages in the U.K. Over that time I worked my way up from a computer programmer to a senior management position, making key decisions on the company's internet strategy. Three years ago I was earning the equivalent of $120,000 per annum. But I never really enjoyed the work and it was often extremely difficult and stressful. I had always fancied the idea of being a performer and sometimes played guitar in a local band, but my real passion was for magic. So I took the plunge, left the company and spent a year training in the mystical arts - magic, mind-reading, palmistry and hypnotism. I now work as a full-time professional magician and, although I earn a fraction of what I used to, my life is so much better. - Mike Stoner

Have you left a high-paying job for a job you love? Or would you consider it? Please share your story in the comments section below.