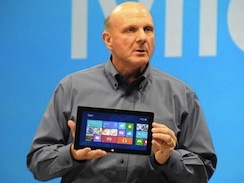 (MoneyWatch) COMMENTARY Last week, a reader posed a fascinating question related to one of the5 unspoken rules that can get you fired, "Never disparage the company's products or customers." Here's the comment that really got me thinking:

"Does this premise of not disparaging the employer's products extend to the personal life of the employee? In other words, if I am a GM employee, what if I buy a Ford or Toyota with my own money? What if I'm a Dell employee who uses a HP laptop for personal work? Am I required to use my employer's products for my personal use? What if Steve Ballmer is seen making a call to his family using an iPhone?

"Can using a competitor's products in personal life be seen as disparaging the company's products?"

Believe it or not, this sort of thing actually comes up at most companies at one time or another, usually in an executive staff meeting. Having been part of those discussions many times, here's my take on how companies and their executives should handle the issue.

In general, products that employees buy with their own money and use on their own time should be nobody's business but their own. That said, employees could be a company's best evangelists, so failing to take advantage of that is a huge missed opportunity to engage employees in the company business.

Most corporations that make consumer products provide employee discounts as a benefit and as a means to create that all-important army of employee salespeople. I guess it also alleviates the potential conflict of employees using competitor's products, but that's typically just an added bonus.

Of course, that can backfire if your company's products aren't competitive. If you can't get your own people to buy your products at a discount, that should be a pretty big wakeup call that you're doing something wrong, I would think.

Also, companies need to be sure that reseller and retail channels don't get deeper discounts than employees get or you'll just end up with a lot of upset workers. The reverse problem can also occur, but there are ways to keep employees from disrupting the channel with cheap products by limiting quantities they can buy. If a GM employee orders 500 cars with an employee discount, you might get a little suspicious.

In any case, I've never seen or heard of a corporate policy that requires workers to purchase, with their own money, the company's products. If it isn't illegal, it should be. It's certainly a dumb idea. But if you're an at-will employee, the truth is that you can be fired for any reason and there are certainly dumber ones than that.

Now, if we're talking about a high-visibility employee, like Steve Ballmer or a similarly recognizable executive, you would think they'd be motivated not to do anything that could generate negative PR for the company. But it really depends on just how visible the executive is and what products we're talking about. It's not as black and white as you might think.

For example, I seriously doubt you'll ever see Ballmer using an Apple iPad or playing a game on a Sony PS3. But I wouldn't be at all surprised to learn that a Fox executive likes The Mentalist on CBS or that the spouse of a VP at GM tools around in a Porsche. It's not like Chevrolet makes anything comparable.

Much of this is common sense, but there are enough gray areas to leave room for plenty of amusing and potentially embarrassing anecdotes.

When I was the marketing chief at Cyrix, a microprocessor company, PC Week (now eWEEK) reported that I wore archrival Intel's "Intel Inside" t-shirts at home. Was it true? Sure. I used to work for an Intel partner and had all sorts of free logo stuff. I told the reporter that myself. I thought it was funny, maybe ironic, but news? I definitely didn't see that coming.