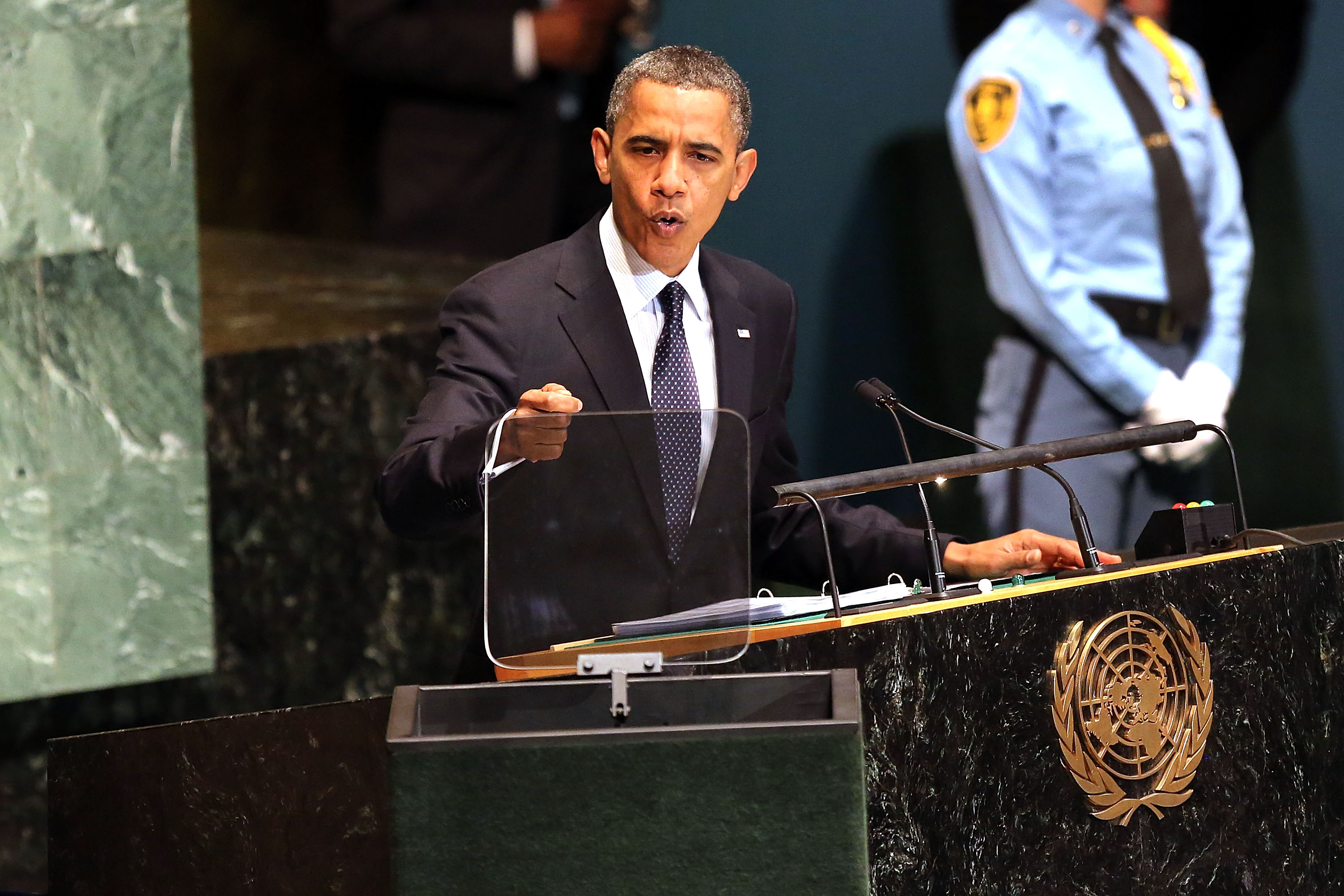 New York International law requires that the United Nations Security Council authorize military action, but that avenue has been blocked by Syria's allies Russia and China on a political basis.

However, U.S. and international laws do authorize the use of force to deal with an urgent humanitarian crisis if there is: convincing evidence, no alternative, the military action is proportionate and limited, and, the strike will prevent the crisis from getting worse.

From a U.S. government standpoint, international law will never trump U.S. law, but decades of Supreme Court decisions do help explain how Washington works within the parameters of global rules and norms.

The case that sets the requirements and justification for military action is actually an 1837 "case" called The Caroline; a series of letters between former U.S. Secretary of State Daniel Webster and Britain's Lord Ashburton.

Without the U.K. or the U.N. Security Council on board, and with largely circumstantial evidence behind the assertion that Syrian President Bashar Assad's regime was behind the alleged chemical attack on Aug. 21, the Obama administration is rolling the dice that a strike will meet U.S. and international legal standards.

As a practical matter, whether the U.S.-proposed military strike is legal will be decided by the court of public opinion, after the fact, and will be based on the results: did it prevent future chemical weapons attacks and was there no alternative?

The British government laid out its legal and intelligence analysis on Thursday, but it did not convince Parliament, forcing Prime Minister David Cameron to abandon plans to join the U.S. in any punitive strikes.

President Francois Hollande indicated Friday that France, at least, was still willing to join the U.S. in a military response.

There are several unanswered questions about the expected targeted military strike that the Obama administration appears poised to launch: If the evidence that Assad's government was responsible is so clear, why haven't many other key world powers been convinced? And, can it be said with any certainty that a strike will in fact prevent future chemical attacks?

Without the seal of international support, the Obama administration is gambling that their still-secret proof is airtight, and that the strike will be legal and effective in alleviating the suffering of the Syrian people.