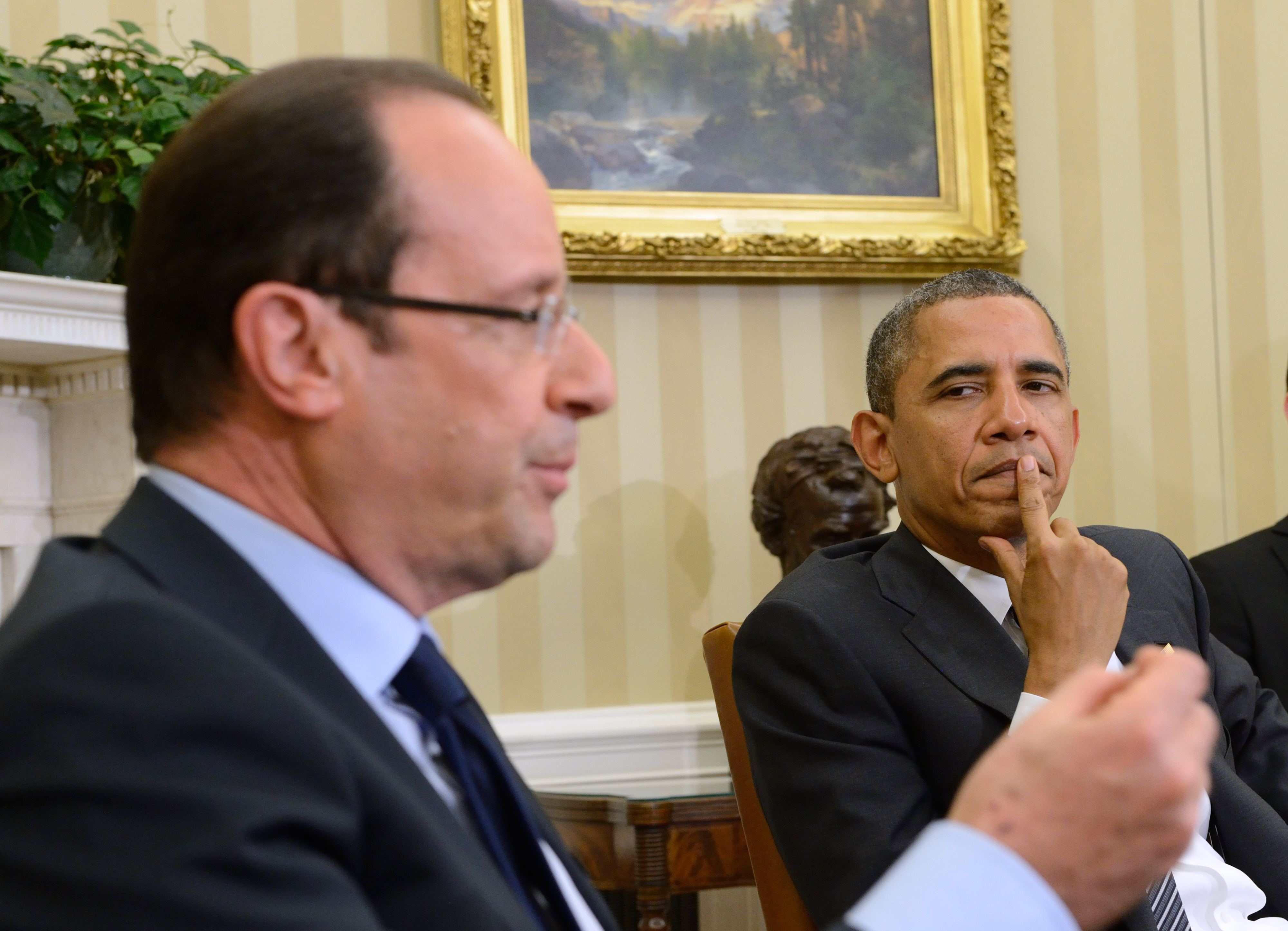 PARIS French President Francois Hollande said his country could go ahead with plans to strike Syria for allegedly using chemical weapons despite the British parliament's failure to endorse military action.

"The chemical massacre of Damascus cannot and must not remain unpunished," Hollande said in an interview with the newspaper Le Monde, published on Friday.

The French president reiterated that France wants a "proportional and firm action" but said when asked about the type of intervention that "all options are on the table."

The Obama administration, meanwhile, was to release on Friday a declassified version of its intelligence report on the purported Aug. 21 chemical weapons attack in the eastern Ghouta suburbs of Damascus, a senior administration official told CBS News late Thursday.

The official also said the administration would release its legal justification for taking military action on the Syrian regime if and when President Obama orders a strike -- a move which White House officials indicated to CBS News that the president might make even without the backing of Britain, Washington's closest ally.

The administration said it expects to have rhetorical support from many nations, but no longer considered British military participation vital, deeming it preferable, but not necessary.

"We don't have to wait for them," a senior administration official told CBS News. "We want to be helpful, but we'll act on our own decision-making."

Speaking during visit Friday to the Philippines, Secretary of Defense Chuck Hagel said the Obama administration was still consulting with allies to "further develop the facts" about last week's alleged chemical weapons attack in Syria, and options for a response.

Speaking at a news conference in Manila, Hagel said the administration also would continue to seek input from members of Congress on how the U.S. should respond to the deadly attack.

Hagel said Thursday's consultation by high-level Obama administration officials with congressional leaders was "not to convince anyone of anything." He said it was intended as an update and a chance to solicit lawmakers' views on possible U.S. military or other action.

"As we continue to consult with our allies, we'll further develop the facts and intelligence on what happened," he said.

Democratic House Minority Leader Nancy Pelosi issued a statement after the consultation, saying she "agreed with Speaker Boehner and other Members who stated that there needs to be more consultation with all Members of Congress and additional transparency into the decision making process and timing, and that the case needs to be made to the American people.

"It is clear that the American people are weary of war. However, Assad gassing his own people is an issue of our national security, regional stability and global security. We must be clear that the United States rejects the use of chemical weapons by Assad or any other regime."

"Tonight the Administration informed us that they have a 'broad range of options' for Syria but failed to layout a single option," said Oklahoma GOP Sen. Jim Inhofe in a statement. "They also did not provide a timeline, a strategy for Syria and the Middle East, or a plan for the funds to execute such an option."

Meanwhile, in Damascus, the U.N. experts charged with determining definitively whether there was in fact a large-scale chemical weapons attack in Ghouta, and if there was, what weapons were used and how they were delivered, delayed the start of what was expected to be the last day of their probe into the attack. Humanitarian aid group Doctors Without Borders has said at least 355 people died in the attack.

A convoy of U.N. vehicles left the inspectors' hotel in central Damascus early Friday, but returned minutes later. It was not clear why the team turned back, and the U.N. could not be reached for comment.

The U.N. said Thursday the inspectors would wrap up their investigation Friday into the Aug. 21 attack, and leave Syria the following day. Some of the experts will travel to laboratories in Europe to deliver the material they've collected this week.