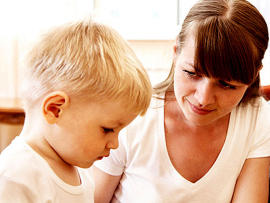 Not much is known about what causes autism spectrum disorders (ASDs), a group of developmental disorders characterized by social, communication and behavioral difficulties.

While they can't be cured, there are some treatments that may help manage the disorders. Early intervention is encouraged to obtain the best outcomes with a child’s development, and include behavioral therapy to teach a child how to talk, walk and socialize with others. Dietary methods may be employed, which involve avoiding certain foods that may cause food allergies. Medication may help mange some of the symptoms like high energy levels, tantrums, aggression and depression.

But, doctors are still searching for more ways to treat those with autism. One new trial that has shown some early success uses whipworms (Trichuris suis), a parasitic intestinal worm.

Doctors at Montefiore Medical Center in New York City gave 10 high-functioning adults with autism whipworm eggs for 12 weeks. In total, they ate about 2,500 eggs every 2 weeks. They also spent 12 weeks taking a placebo.

The doctors found their patients were less likely to engage in repetitive behaviors and found it easier to adjust to their surroundings when on the worm egg regimen.

"We found these individuals had less discomfort associated with a deviation in their expectations," Dr. Eric Hollander, director of the Autism and Obsessive Compulsive Spectrum Program at Montefiore Medical Center, told HealthDay. "They were less likely to have a temper tantrum or act out."

The researchers believe the worms help based on the theory that autism may be an autoimmune disease. That theory suggests some of these disorders happen because a person doesn’t have enough microbes or parasites earlier in their life. The worms may help the body build an immune response.

Whipworms have been deemed safe for human consumption, Hollander noted. The gut naturally gets rid of the whipworms every two weeks.

"The whipworm doesn't reproduce in the gut, and it doesn't penetrate the intestines, so it doesn't cause illness in humans," he explained.

The U.S. government estimates that one out of every 50 U.S. schoolchildren may have a form of autism, or about 1 million children. It affects children of every race, ethnic and socioeconomic background, and fives times as many boys as girls. However, minority children tend to be diagnosed 2.5 years later than white children, and a study suggested doctors diagnose autism in Hispanic children at much lower rates than other ethnicities.

Researchers believe the genetic risk factors, as well as taking the prescription drugs valproic acid and thalidomide, may increase the chance of developing the disorders.

Another new study from Montefiore that also looked at immune response and autism tried to mimic fevers by placing 15 children in a hot 102 degree F bath or a 98 degree F bath. Previous studies have shown that about 33 percent of kids with autism show improvements in their behavior after they had a fever.

Indeed, the kids had better social scores after the hotter bath treatment.

The hot baths may help trigger an immune response and help lower the child's inflammation levels.

Elaine Hsiao, a postdoctoral fellow in chemistry at Caltech in Pasedena, Calif. who was not involved in the research, told LiveScience the study "lends support for immune-based therapies for ASD."

The data was presented at the American College of Neuropsychopharmacology meeting in Hollywood, Fla. on Dec. 11 and is considered preliminary since it has not been published in a peer-reviewed journal.

Hollander said he has plans to continue research on the whipworm method, especially with younger patients and lower-functioning adults with autism.

"I think it's still a ways away before we know whether these treatments are going to be effective," Rob Ring, chief science officer of Autism Speaks, said to HealthDay. "But these findings are helping put us on a road to better understand these effects."