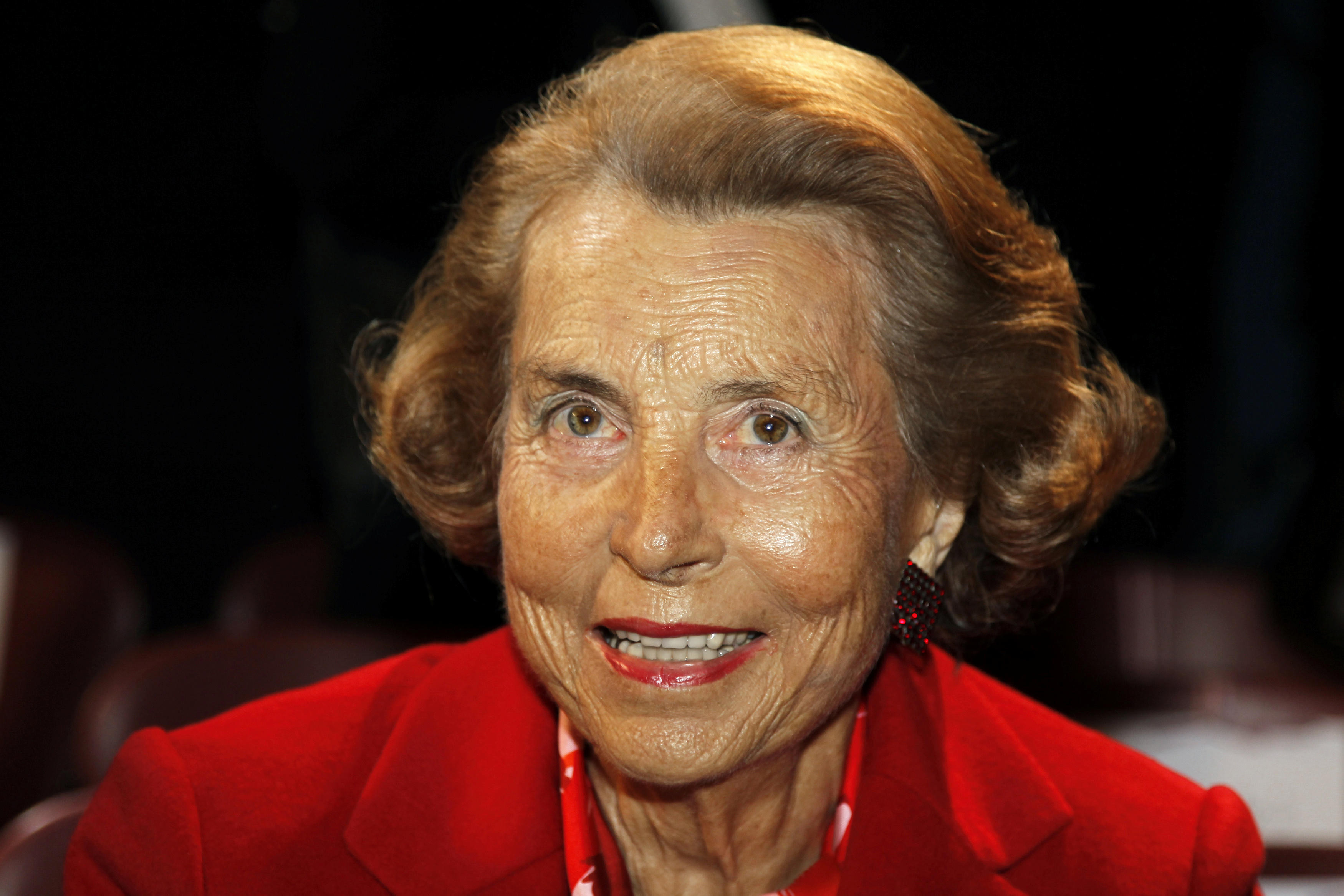 The richest woman in the world, L'Oreal cosmetics heiress Liliane Bettencourt, died at her home in France at the age of 94, her family announced Thursday. The cause of her death was not disclosed.

Bettencourt's daughter, Françoise Bettencourt Meyers, said in a written statement on Thursday that her mother "left peacefully" overnight in her home in Neuilly-sur-Seine, a chic Parisian suburb.

Liliane Bettencourt was the only child of Eugene Schueller, who founded L'Oreal in the early 20th century. Publicly traded L'Oreal is now the world's largest cosmetics company, valued at nearly $100 billion, and the Bettencourt family owns 33.3% of it while the Swiss food conglomerate Nestle owns a 23.3% stake.

Forbes magazine this year estimated Liliane Bettencourt's fortune to be worth $39.5 billion when it named her the richest woman in the world.

L'Oreal Chairman and CEO Jean-Paul Agon expressed "great admiration" for Bettencourt. Agon said she "always looked" after the company and its employees and "she has personally contributed greatly to its success for many years."

Bettencourt made headlines a few years ago when former French president Nicolas Sarkozy and political associates were accused of accepting illegal campaign donations from her. A court found in 2011 that she had suffered "mixed dementia" and "moderately severe" Alzheimer's disease since 2006 and that an entourage of friends and advisers had exploited her for years. Eight of 10 defendants in "L'affaire Bettencourt" received fines or jail time.

"She found herself at the mercy of men in whom she placed her confidence," Judge Denis Roucou said at the time.

Born in 1922 in Paris, she married French politician Andre Bettencourt at the age of 27. Her husband notably served as a minister at the end of the 1960s and beginning of the 1970s. He died in 2007.

Liliane Bettencourt inherited the L'Oreal fortune upon the death of her father in 1957. When the company went public six years later, she continued to own a majority stake.

As the world's leading beauty company, L'Oreal generated sales amounting to 25.8 billion euros in 2016 and employs 89,300 people worldwide, according to the company. Its many beauty brands -- beyond the original L'Oreal name -- include Lancome, The Body Shop, Kiehl's, Urban Decay, Garnier, Maybelline and Redken.

The "Bettencourt Affair" case, which has wound its way through French courts and newspapers for years, stemmed from a 2007 complaint filed by Bettencourt's daughter accusing one of her mother's closest friends, the photographer Francois-Marie Banier, of manipulating the elderly widow into giving him artwork and cash.

In 2015, a French court handed Banier a three-year prison sentence on charges of swindling millions of euros from Bettencourt by taking advantage of her weak mental state. The court acquitted a former ally of former President Nicolas Sarkozy in the case.

Sarkozy's former campaign treasurer, Eric Woerth, was acquitted on charges of "abuse of weakness" and taking donations from Bettencourt during the 2007 presidential election campaign.

Sarkozy himself was cleared in 2013 of preliminary charges.

Bettencourt is survived by her daughter, Francoise, who was born in 1953.