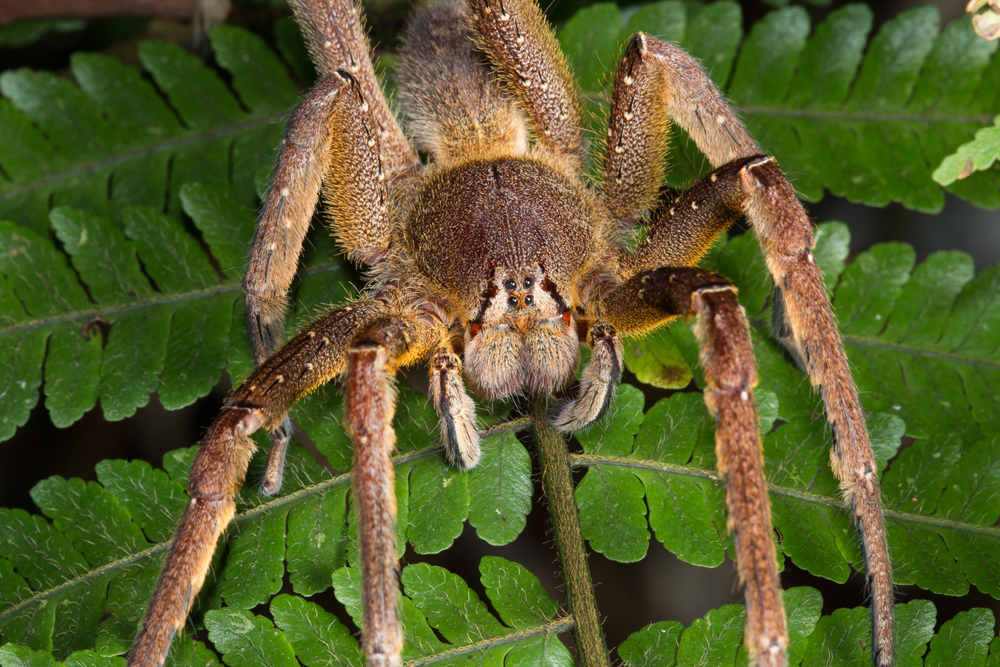 A supermarket was shut down in central England last night after police received an alert involving the world's deadliest spider, the Coventry Telegraph reported.

A family reportedly discovered the eggs of a Brazilian wandering spider in a bag of bananas they bought from the Aldi grocery store in the town of Nuneaton. When they got home, they alerted the police, who shut down the store. The family's home was fumigated, and a search was launched to track down an adult spider that has not yet been found.

Bananas from the store were sent for tests, the paper reported, and efforts were underway try to confirm species of spider.

The Guinness Book of World Records considers the Brazilian wandering spider the most venomous spider in the world, with only 0.006 mg of its venom needed to kill a mouse. Hundreds of bites are reported annually, but a powerful antivenom is available to prevent deaths in most cases. When deaths do occur, they usually happen in young children.

Experts say when the spiders attack, it's really more of a defense mechanism. "Their bites are a means of self-defense and only done if they are provoked intentionally or by accident," Jo-Anne Nina Sewlal, an arachnologist at the University of the West Indies in Trinidad, told Live Science.

If a human is bitten, she said, initial symptoms include severe burning, sweating, and goose bumps followed by high or low blood pressure, nausea, hypothermia, blurred vision, vertigo, and convulsions. To prevent further complications and even death, medical attention should be sought immediately.

In the Nuneaton case, the grocery store has since reopened and the spider eggs were brought to a nearby wildlife sanctuary to be stored.

The incident comes a week after another Brazilian wandering spider was discovered at a warehouse in the nearby town of Tamworth, according to local reports.

In the United States, a Brazilian wandering spider was found lurking in a Whole Foods in Tulsa, Oklahoma in 2009, according to CBS affiliate KOTV. No accidents occurred and the store workers handed the spider over to local biologists.

Other types of dangerous spiders have also been known to lurk in fresh fruit. Last week, a 21-year-old woman in Vermont was bitten by a black widow spider when she reached into a bag of grapes. She survived the ordeal. In another case earlier this week, a Minnesota woman reported that she found a juvenile black widow in a bag of grapes she bought at Target.

But before you swear off produce, experts say you should be aware of some common misconceptions about black widow spiders, including that they rarely bite humans.

When the space shuttle hitches a ride

Books vs. e-books: The science behind the best way to read
Ashley Welch