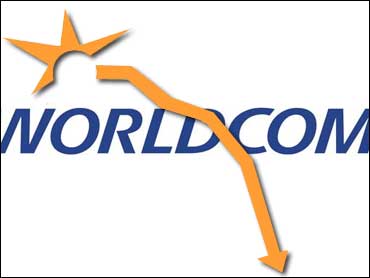 In this commentary, Mike Tarsala, a reporter for CBS.MarketWatch.com, pointedly asks whether there is anyone on Wall Street whom investors can trust.

And now this - the most actively traded stock on U.S. markets is cut by two-thirds as its shareholders drive home from work Tuesday night - the result of a $3.8 billion lie.

Add WorldCon to the growing list of U.S. accounting scandals. Shareholders lost $2 billion in a matter of minutes Tuesday night, after news leaked out that debt-laden WorldCom treated billions of dollars in what lawfully should have been expenses as a corporate asset.

The result? The Clinton, Miss.-based telecom giant improperly shifted costs from its rightful pile to a blatantly wrong one so the company could amortize the costs over time.

In what's become a familiar story on Wall Street, the fraudulent accounting helped turn what should have been a hefty loss into a pro-forma profit - one that inflated WorldCom's wobbly stock.

"This is why the market keeps going down every day - investors don't know which statements to trust," said Brett Trueman, accounting professor from the University of California at Berkeley's Haas School of Business. "As these things come out, it just continues to build up."

If you're an investor in U.S. markets, is there anyone left to believe?

There's no reason to believe the auditors. A corporate audit conducted in the jungles of South America with an abacus seems more reliable than one done in the United States of America. So much for transparency in U.S. markets, the most equitable markets in the world. (Wave flag here)

Management at the Andersen accounting firm claims that WorldCom executives withheld information during the auditing process. Of course, we're expected to believe that Andersen, destroyer of Enron files, is the company telling the truth.

Also hidden in Anderson's statement is a misconception: Because WorldCom executives didn't explain each line item in the company's reports, why is it that Andersen employees aren't compelled to ask about them?

Another important lesson, if you haven't learned it already, is that you can't trust analysts.

The most bearish analysts have stuck with WorldCom through thick and thin. To be sure, many dropped WorldCom to a "hold" rating at signs of trouble in February. But instead of warning of trouble to come, including debt that has fallen to junk status and the possibility of bankruptcy, most cut back their reporting volume on the company.

The bullish analysts, like those at Goldman Sachs, had the stock rated "Market Performer" as of this month. And Kaufman Bros. just upgraded the stock to "buy" this week, making mention of "well-timed silence" at the top of their research report.

And then there's Salomon Smith Barney, which is tied to WorldCom's investment banking deals. The company regularly publishes glowing WorldCom reports. But this week, in an out-of-character move, Salomon's Jack Grubman, who faces a $10 million arbitration claim by one investor for his exuberant calls on WorldCom, dropped his price target on the stock to $1.

Did Salomon's investment banking deals get the brokerage inside information from the company? Does Grubman hold WorldCom shares, and has he or Salomon sold off recently? Salomon could soon be fielding those and other questions.

Finally, if it hasn't happened already, maybe we should be more leery of U.S. markets in general, and the excesses they tolerate. It's a flaw in the capitalist system when WorldCom, a company three times smaller than MCI, can use its overpriced stock to buy the larger firm.

The rise of WorldCom, and its subsequent fall, is among the most mind-blowing of any on Wall Street. The MCI acquisition thrust a group of Mississippi-based executives on to the international stage. None of them, especially the deal-making Bernie Ebbers, who built the company and resigned as its CEO in April, ever seemed skilled enough to truly manage the company through tough times.

Much of the day-to-day responsibilities in running WorldCom fell to Ebbers' underlings, including CFO Scott Sullivan, who has become the central figure in the fraudulent accounting. He was fired.

Not to go easy on Ebbers, but with his hands-off style, it's easy to see how he might not have known anything about accounting fraud.

Analysts, journalists, traders, fund managers, shareholders - in retrospect - we all should have been asking more questions about WorldCom's books.

The market might not get back on track until we have reason to trust again.