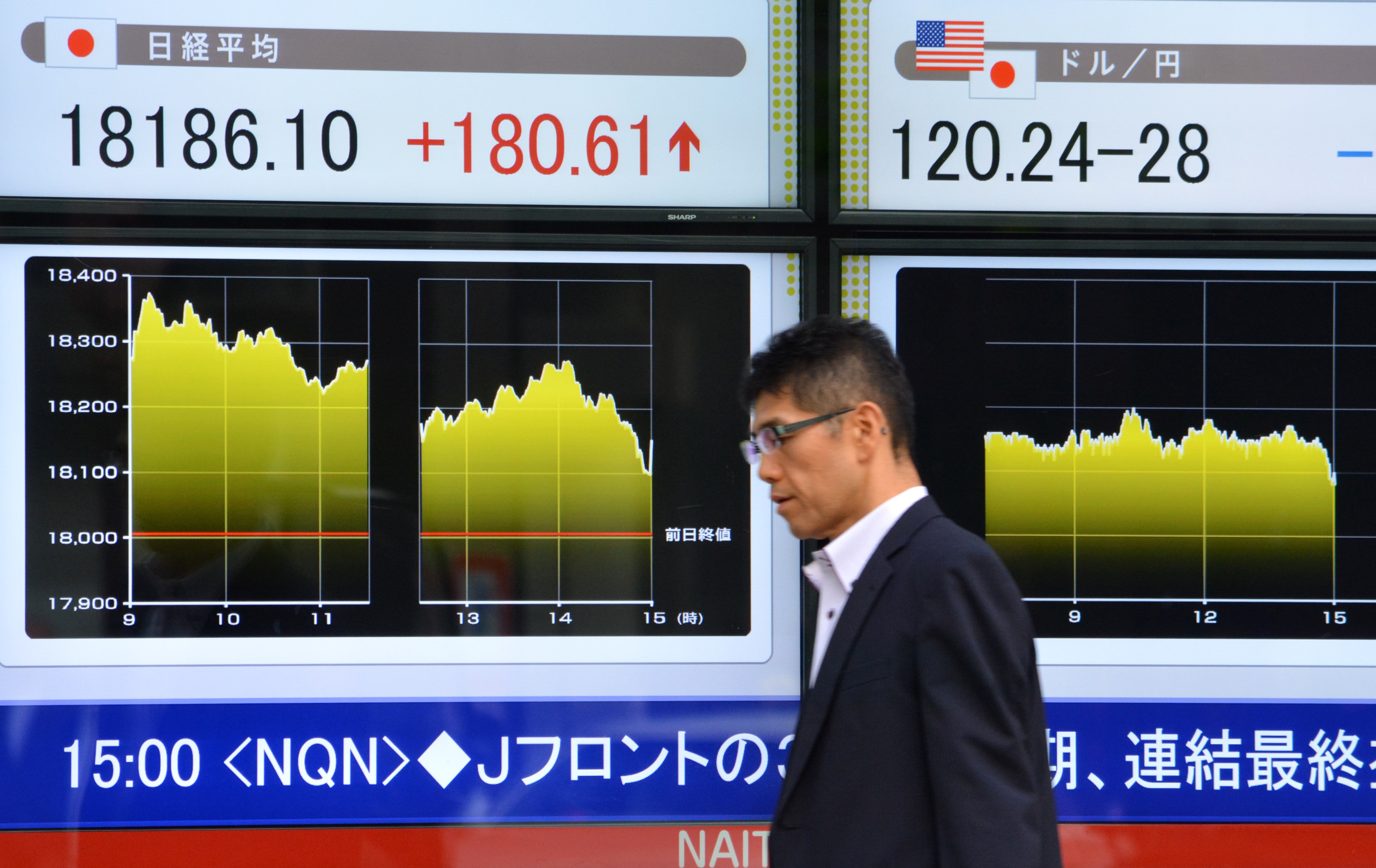 HONG KONG - Japan led world stock markets higher Tuesday on hopes for new stimulus from its central bank while investors were also buoyed by the prospect that the Federal Reserve will wait until next year to raise interest rates.

Markets are increasingly confident the Federal Reserve will hold off for longer on raising interest rates following last week's jobs report which showed the U.S. economy was creating fewer jobs. Other central banks were also the focus of attention. The Reserve Bank of Australia left its main interest rate unchanged, as analysts expected, following its October board meeting Tuesday. Also on the radar is Wednesday's Bank of Japan's policy statement, which comes amid rising hopes for further stimulus to jumpstart the ailing economy.

"After a contraction in second quarter of 2015, the (Japanese) economy may be on the precipice of yet another recession," said HSBC economist Izumi Devalier. "This has brought increased speculation among market participants that the Bank of Japan will announce another round of fireworks this month, possibly as early as the regular board meeting scheduled this Wednesday, 7 October" she said. But the central bank "is unlikely to feel forced into additional easing just yet," he said.

An ambitious trade deal hammered out by the U.S., Japan and 10 other Pacific Rim nations provided a rosy background to the day's trading. However the Trans-Pacific Partnership won't have much immediate market impact given that it will likely take years for it to come into full effect. Other Asian nations that have signed up include Australia, New Zealand, Singapore, Vietnam and Malaysia.

U.S. benchmark crude was down 22 cents to $46.05 a barrel in electronic trading on the New York Mercantile Exchange. The contract gained 72 cents to close at $46.26 a barrel in New York on Monday. Brent Crude, a benchmark for international oils used by many U.S. refineries, dipped 2 cents to $49.85 a barrel in London.