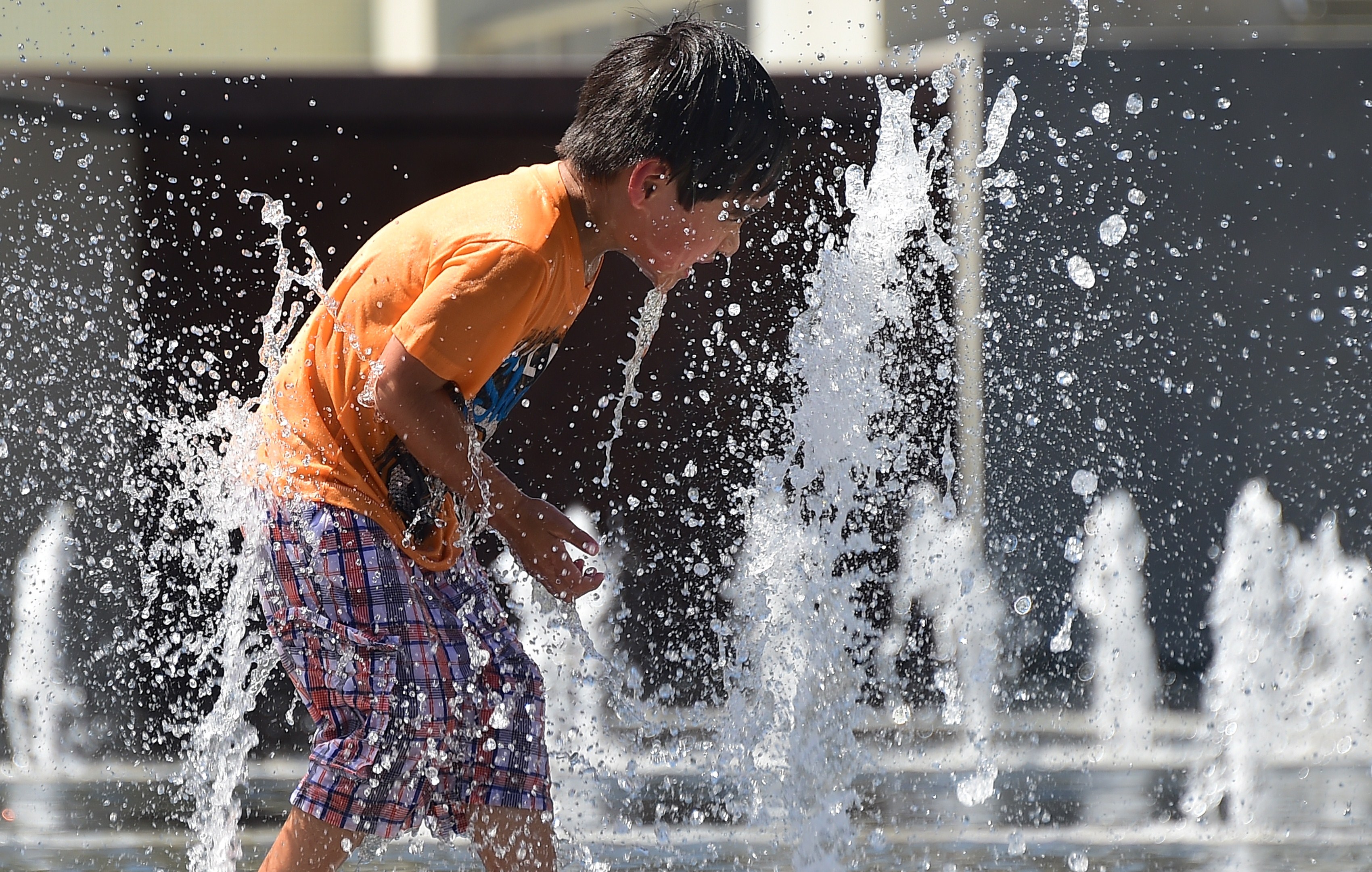 The globe is on a hot streak, setting a heat record in June. That's after the world broke a record in May.

The National Oceanic and Atmospheric Administration announced Monday that last month's average global temperature was 61.2 degrees, which is 1.3 degrees higher than the 20th century average. It beat 2010's old record by one-twentieth of a degree.

While one-twentieth of a degree doesn't sound like much, in temperature records it's like winning a horse race by several lengths, said NOAA climate monitoring chief Derek Arndt.

And that's only part of it. The world's oceans not only broke a monthly heat record at 62.7 degrees, but it was the hottest the oceans have been on record no matter what the month, Arndt said.

"We are living in the steroid era of the climate system," Arndt said.

Arndt said both the June and May records were driven by unusually hot oceans, especially the Pacific and Indian oceans.

The record may come as something as a surprise to U.S. residents, who experienced temperatures only slightly above average last month. The U.S. recorded its 33rd hottest June. A large portion of the southwest continues suffering through severe drought conditions that cover about one third of the contiguous states.

All 12 of the world's monthly heat records have been set after 1997, more than half in the last decade. All the global cold monthly records were set before 1917.

And with a likely El Nino this year - the warming of the tropical Pacific which influences the world's weather and increases global temperatures - it is starting to look like another extra warm year, said University of Arizona climate scientist Jonathan Overpeck.

Global temperature records go back to 1880 and this is the 352nd hotter than average month in a row.

"This is what global warming looks like," Overpeck said in an email. "Not record hot everywhere all the time, but certainly a reflection that the odds of record hot are going up everywhere around the planet."