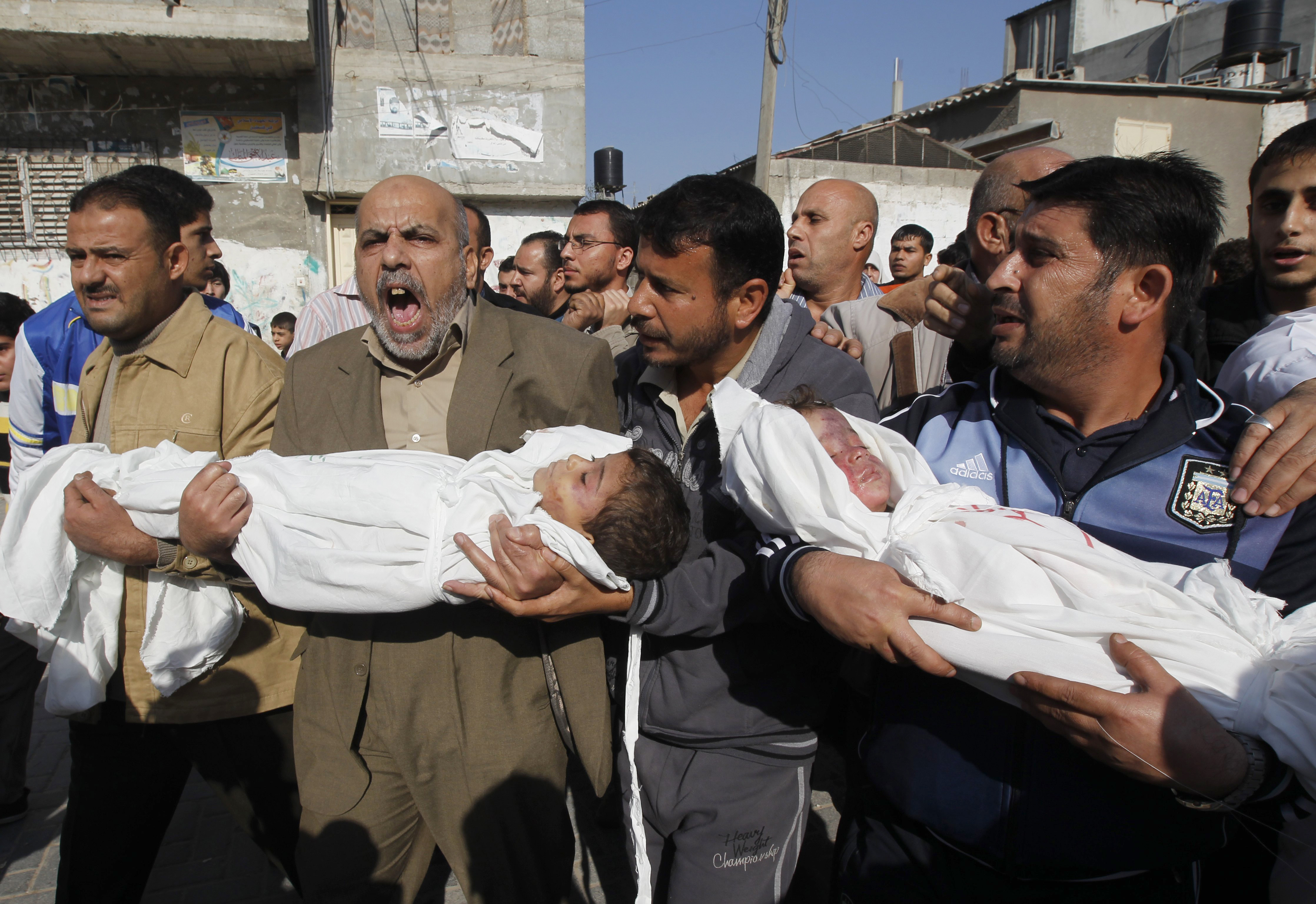 GAZA CITY The last person I spoke to before crossing over into the Gaza Strip was a young Israeli Major. He told me to stay safe, and stay far away from anything to do with Hamas.

That was never going to be easy -- the whole of Gaza is under Hamas control.

We were met by Hamas officials as soon as we walked the two miles or so along the long covered walkway of the Erez Crossing that separates Israel from the tiny Palestinian territory.

One man from Hamas scribbled down our names, another man in plain clothes who said he was a policeman searched our bags. They made a phone call to -- well, I have no idea who -- to check our credentials, and we soon found ourselves in the back of a beat-up cab going, somewhere. I had no idea where.

More in Crisis in Gaza

I hoped at some point we'd meet our contact in Gaza. Having never been here before I had no bearings, nothing was familiar to me. I think it's part of the human condition, or some survival instinct; we were hyper-aware of our surroundings, constantly on guard, and suspicious of everyone.

We knew we were walking straight into an active war zone, on the wrong side of a vastly superior military force.

The first hotel we had planned on staying in and working out of was deemed too dangerous. The foreign journalists who had been staying there were told to leave. We were also told to keep our flak jackets on at all times -- that after the last 24 hours of Israeli airstrikes, nowhere was safe.

Gaza City is huge, bigger than you might think, and the Gaza Strip is one of the most densely populated areas on the planet. Parts are extremely poor, but other parts aren't really bad at all and wouldn't look out of place in other Arab countries I've visited.

The weather is warm, and the glistening Mediterranean Sea adds a surreal serenity to a place so imprisoned by conflict. We managed to find another hotel inside Gaza City. It would be more dangerous than other options further out of town, but we would be close to the story, and we were relieved to have a base to work out of. It's clean and we have hot running water (usually) and electricity (usually) and even an Internet connection (sometimes).

In Gaza, there are no bomb shelters like there are in Israel. We've been put through courses that teach us to seek shelter under stair wells (all that steel and cement provide some shelter), but considering the rate and intensity of bombing runs when they come, we'd never leave that stair well.

You can also sleep in the bathtub and cover yourself with a flak jacket, but nobody can do that every night and get any sleep, and sleep is important. With all the adrenaline going through your body during the day, if you don't get any sleep your nerves are rattled, your concentration nosedives, and you don't have the energy to do the job you have to do. If you're not thinking clearly in a place like this, you can easily make a mistake that gets you killed.

Israeli airstrikes can be terrifying, as intense as anything I've experienced in Iraq, Afghanistan, even Syria. The entire ground shakes, windows rattle, and everything sounds so close, because it is. About all you can do is hope it's not you on the receiving end. We wear flak jackets and helmets, but that's a bit like rearranging the deck chairs on the Titanic. They're not going to help a lot if you're in the wrong place at the wrong time.

On Tuesday, we got close.

We were at the video feed-point after a live shot for "CBS This Morning" and we heard a barrage of artillery fired southwest of Gaza City. Then, two huge explosions just a few blocks from us. We had a good vantage point and we could tell it was big.

Our local helpers in Gaza are amazingly plugged in -- it seems everyone is, partly because the radio is very quick to report attacks. We learned, and confirmed, that an Israeli airstrike had targeted and destroyed two cars of suspected Hamas militants. We left it a few minutes -- you don't want to get there too soon because there can be a "double tap" or even a "triple tap," where strikes will come again to ensure the intended target has been destroyed.

We drove fast toward the scene (at the risk of drawing the attention of the drones that fly overhead 24 hours a day), and just as we approached the site of the attack, where the pungent, acrid smell of explosives and fire filled the air, another huge explosion went off. People scrambled in every direction. So did we. It was far too dangerous to remain there.

We went to the hospital not far away and it was chaos, ambulances and civilian cars screeching in with badly wounded and dying people, including small children. We did the work that we had to do and left there. Understandably, people get hysterical and extremely angry in those circumstances, and foreign faces in flak jackets make easy targets for that anger.

The most dangerous thing we do is drive at night. That's when the Israeli fighter jets and warships launch the majority of their attacks. Drones constantly fly overhead, and there isn't a single other car on the road because it's simply too risky. You stick out, and you feel extremely vulnerable, but there's no other practical way to get our material sent into the U.S.

There are explosions everywhere, and we're driving to and from an area that the Israelis have warned Palestinians to avoid.

I think the toughest part of this assignment isn't the danger -- it frays your nerves, but again you try to take whatever precautions you can and forget the rest. Just keep walking and don't look down. No, the toughest part is seeing civilians killed, especially children.

When I see the bodies of children, as I did outside the hospital on their way to burial, their bodies wrapped but their little lifeless faces visible, it's heartbreaking. I have two children myself, and seeing a dead child is something you don't ever get used to. I wouldn't want to.

It's late, 2 a.m., and Israeli fighter jets are still bombing. The windows are shaking, the ground is trembling. We had heard a ceasefire might be struck today, but a truce seems a long way off tonight.

Note from the editor: Exactly eight minutes after Charlie D'Agata hit "send" with this story, he sent another email to all of us at CBS News. It read: "Huge explosion. Just blew out the windows of my room. We're all OK." The blast, at a building very nearby, was caught on tape by a Japanese television crew staying at the same hotel as D'Agata and his team, who were heading out Wednesday morning to see what was hit.