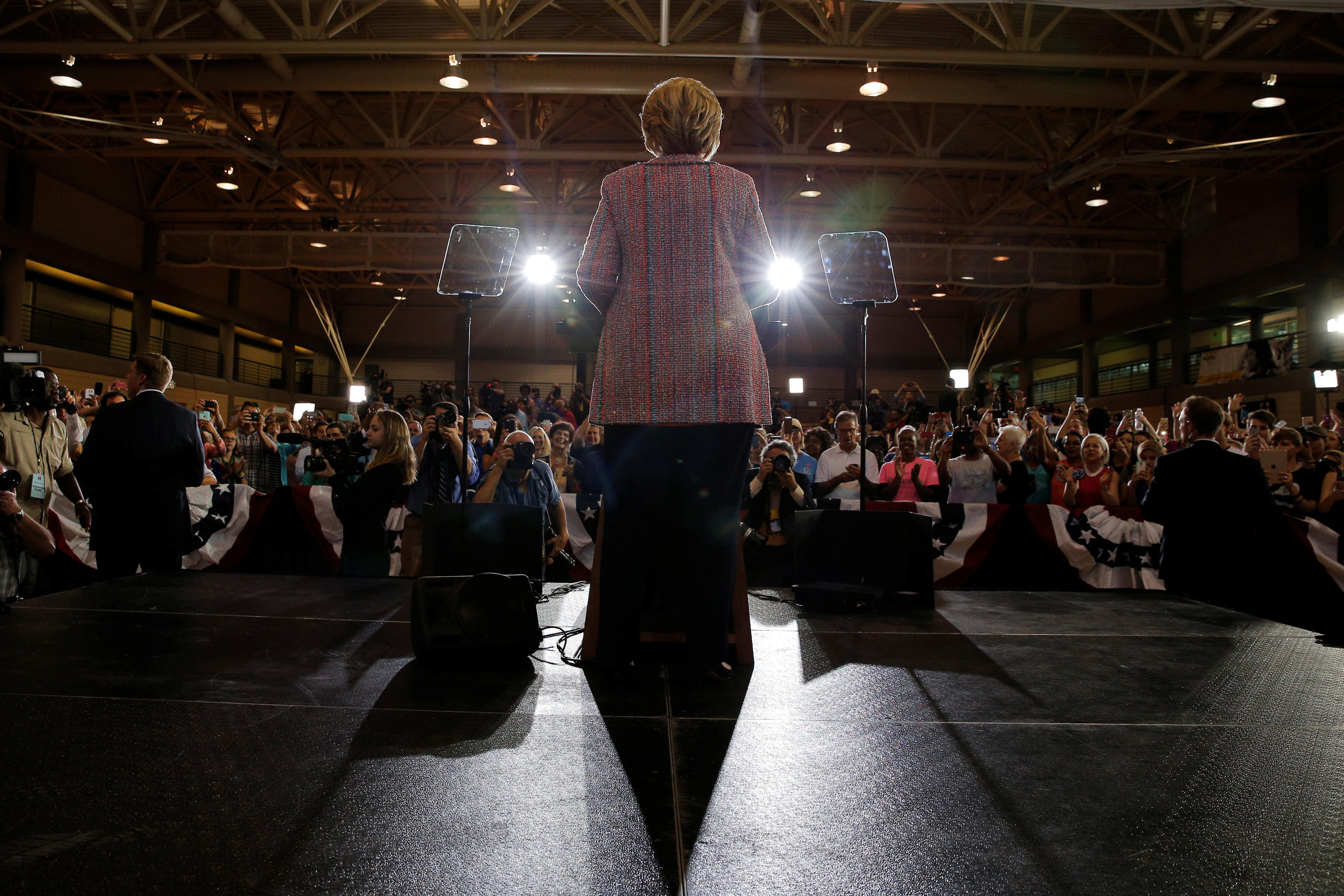 Looking ahead, most women are optimistic about the future for American girls; 74 percent say girls’ opportunities to succeed will be better than their own.

And there have been few changes in these views over the years. This question has been asked in CBS News Polls for over twenty-five years, with small fluctuations in the results.

A Woman Nominee for President

And 55 percent of women voters who are glad there is a woman nominee are satisfied that Hillary Clinton is the first female presidential candidate for a major party, but 42 percent would have preferred someone else.

Most women – 58 percent - also think that Hillary Clinton is a good role model for women, though that percentage has declined 10 points since before her first presidential campaign in 2008.  In July 2007, 68 percent felt she was a good role model.

Among men voters, 41 percent think a Clinton presidency would be good for women, and just 16 percent say the same about a Trump presidency.

Women in the Workplace

When women are asked to volunteer the most important problem facing American women today, the top answer given is equal pay and work place equality -- 30 percent say this is the top issue. Other mentions include sexism (7 percent) and equal rights generally (6 percent), the availability of good jobs (5 percent) and health care issues (5 percent).

Demands for equal pay for women have been around for decades, and Americans’ views of workplace pay reflect the issue’s relevancy. The poll finds that nearly two in three Americans think women are paid less than men who do similar work – and that perception rises to 74 percent among women themselves. Far fewer men – 55  percent - think women are paid less than men for equal work.

Working and non-working women hold similar views, but there are differences by partisanship.  Eighty-three percent of Democratic women think women are paid less than men; 64 percent of Republican women agree.

Many working men and women have bosses of the same gender as themselves.  Among those who are working, 62 percent of men say they report to a man, while 51 percent of women report to a woman.  Majorities of both men and women say it doesn’t matter to them whether they work for a man or a woman.

Just under half of women say that their job provides them with great personal satisfaction, and another 42 percent say it gives them moderate satisfaction.

Satisfaction rises with age: 52 percent of women age 45 to 64 and 61 percent of those 65 and over report they derive great personal satisfaction from work.  In addition, women with college degrees and those with household incomes of $100,000 or more are more apt to say work provides great satisfaction.

But fewer women than men think a leadership role is in their future; just 31 percent of women say they see themselves as ever being a leader in business or government.  Men are much more likely to envision their future as a leader (46 percent).

Women under age 45, college graduates and those with higher incomes are most likely to see themselves as future leaders.

Most working parents find themselves torn between the demands of their job and spending time with their family, including 35 percent who say that happens frequently. It is a factor in more working women’s lives than men’s: 40 percent of women, and 32 percent of men, say they feel the conflict between work and parenthood frequently.

Younger women, and women with lower incomes, are most likely to report feeling this conflict.

About four in ten parents, and 46 percent of mothers, say there is at least some resentment or hostility between mothers who work outside the home and those who don’t.  However, few say there is a lot of resentment.

Women are Mostly Optimistic About Their Lives

Seventy-six percent of women in the U.S. say they are satisfied with the way things are going in their lives these days, although just about a third say they are completely satisfied.

Majorities of women across demographic groups are at least somewhat satisfied, and some socioeconomic factors may influence that. Women with a college education and those with higher household incomes are more satisfied than women without a college degree and lower incomes. In addition, equal majorities of white women and black women say they are satisfied with their lives today.

About three in four men and women say being a parent is very important to them.

How Women View Themselves vs. How Society Views Them

The poll asked women how important certain traits are to their self-perception. Women are most likely to say their education (81 percent) and success at work (78 percent) are very important to how they view themselves. Religion and spirituality and appearance are still important but less so.

While many working women say their success at work is very important in how they perceive themselves, they are less likely to think others in society value that.

Women and the 2016 Race for President

Party identification factors greatly into who women support for president.  Eighty-eight percent of Democratic women support Hillary Clinton for president, while 82 percent of women who identify as Republican are supporting Donald Trump – similar to the margins seen among male voters.  But while independent men choose Trump (47 percent) over Clinton (32 percent) by 15 points, independent women favor Clinton by a 13-point margin.

There are other differences.  While the race is tight among married women, and women without a college degree, Clinton has a strong lead among non-married women and women who are college graduates.

This poll was conducted by telephone September 9-13, 2016 among a random sample of 1,770 adults nationwide, including 865 women and 965 men.  Data collection was conducted on behalf of CBS News and The New York Times by SSRS of Media, PA.  Phone numbers were dialed from samples of both standard land-line and cell phones.