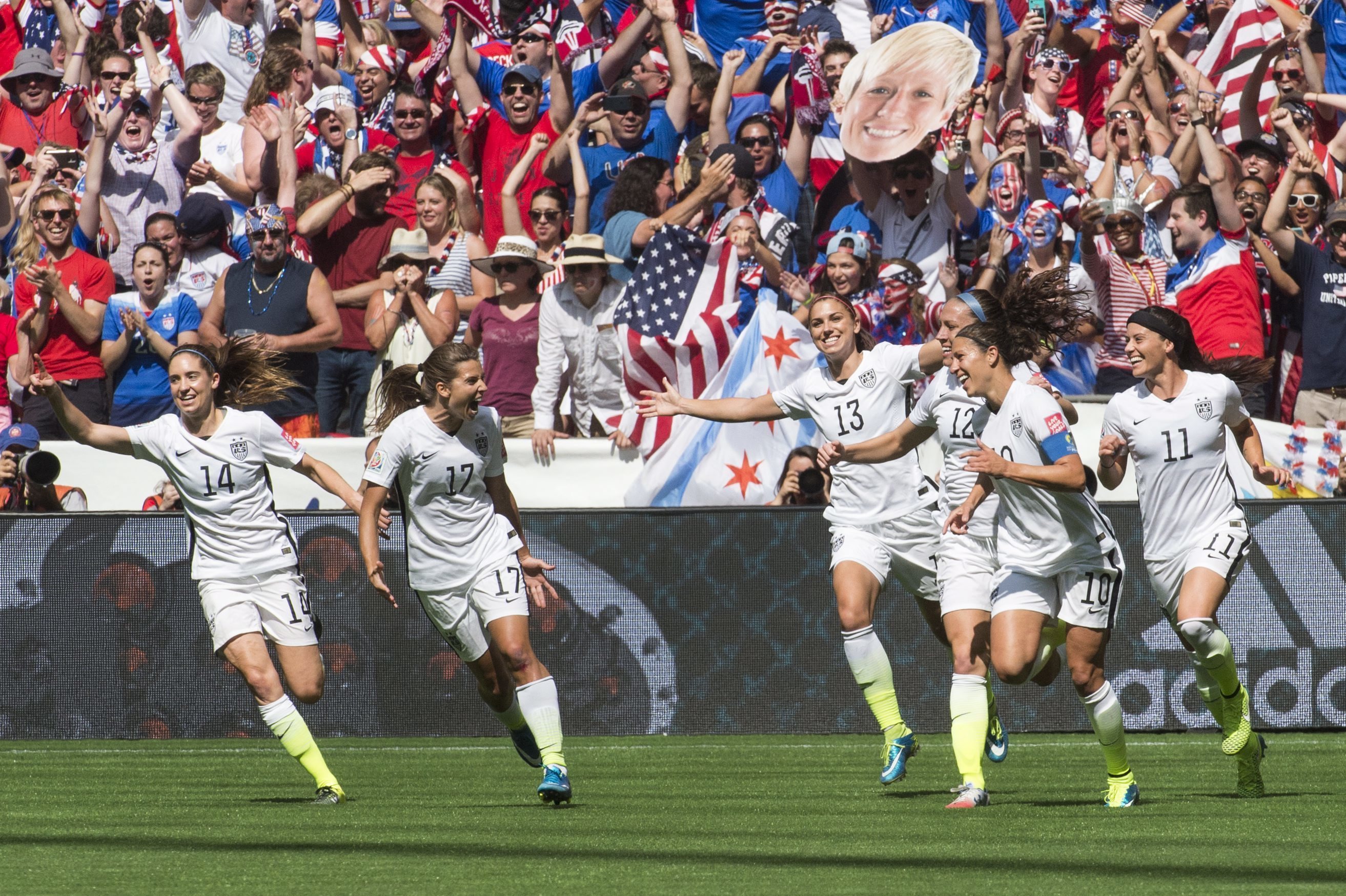 Despite being the reigning World Cup and Olympic champions, the women's soccer players say they are still victims of a huge pay gap.

Carli Lloyd's hat trick at last year's World Cup finals secured a $75,000 bonus for each of her teammates. But had she been playing on the men's team, that payout would have been more than $390,000.

In a complaint filed with the Equal Employment Opportunity Commission, Lloyd and her teammates say they got a total of $2 million for winning the World Cup, while the men earned $9 million for losing in the round of 16.

Goalkeeper Hope Solo signed on to the complaint. Last month, she denounced soccer's sexist pay disparity on "CBS This Morning," saying, "This a time when we need to push for equality, and we need to push for what's right. And people are paying attention."

"It is basically saying -- why are we still having the conversation about the little things and about respect and about the things that matter so much to this women's team?" Foudy said.

In a statement, U.S. Soccer said, "For 30 years, we have been a world leader in promoting the women's game and are proud of the long-standing commitment we have made to building women's soccer."

Hampton Dellinger represented many of the same players in a dispute over artificial turf. He believes they have a strong case.

"It's the Women's National Team that has shattered all the records for viewership, that is putting more fans in the stands," Dellinger said. "I think there's a very good argument that the women's team are really subsidizing the men's team."

Because of its World Cup victory, U.S. soccer experts expect the women's team to bring in $5 million in profit this fiscal year. The men's team will lose about $1 million.

Speaking of losses, for so-called "friendly" exhibition matches, the women earn nothing for a loss or tie, while the men's players earn a minimum of $5,000 per game, no matter the outcome.