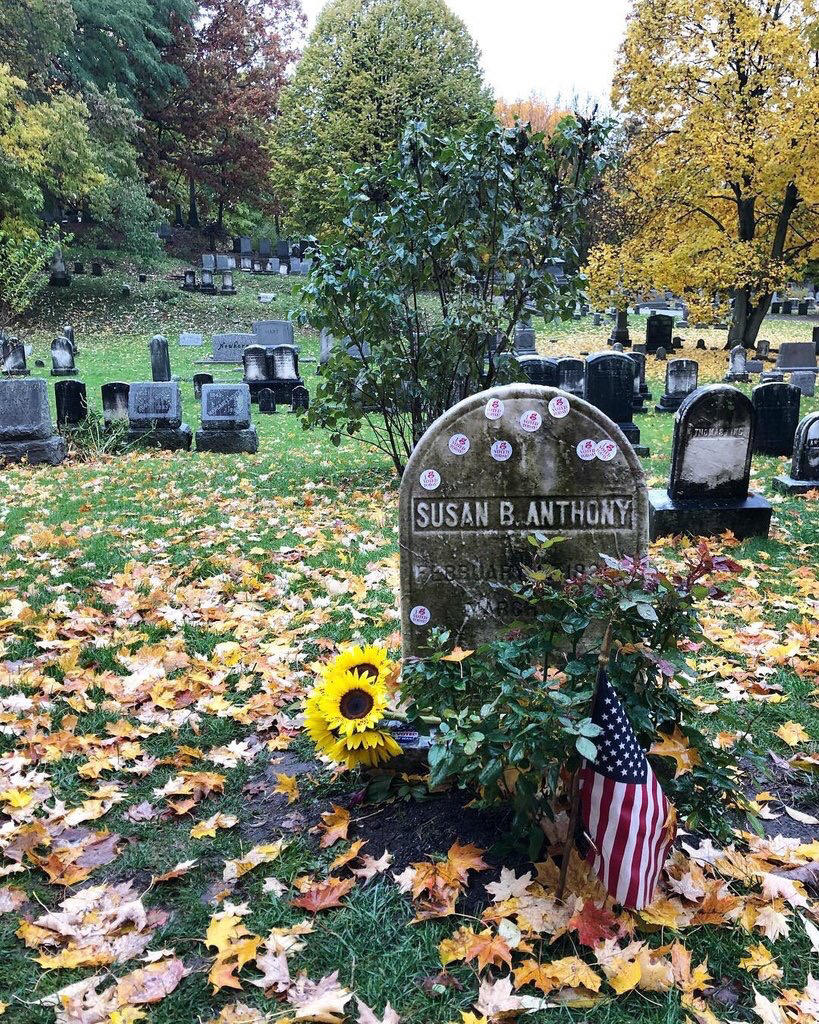 Millions of Americans who cast their ballots in the midterm elections Tuesday spent the rest of the day wearing their "I Voted" stickers proudly. Some women, however, are putting the sticker somewhere else — on Susan B. Anthony's gravestone in Rochester, New York.

A number of female voters made the gesture in tribute to one of the leading figures who fought for women's right to vote. Anthony was even arrested for her activism when she famously voted illegally in 1872 in Rochester.

Women nationwide finally gained the right to vote through the 19th Amendment in 1920 — 20 years after Anthony's death.

Rochester resident Nina Piccini visited Anthony's grave Tuesday morning after she voted and posted a photo to her Instagram.

"I decided to visit her and just have a quiet meditative moment honoring all of the activists that came before me," Piccini told CBS News.

"I Voted" stickers were also placed on Anthony's grave during the 2016 presidential election, when cemetery hours were extended for those who wanted to pay tribute.

Tuesday marks the most crucial night in politics since the election of President Trump, with control of the House and Senate at stake, as well as 36 states deciding on their next governors.

While women have come a long way, it's clear many have not forgotten the hard work of those who made it possible for them to cast their votes on Election Day.

"It means so much to me to be able to visit the polls and voice my opinion in the way of voting," said Piccini, "I'm grateful for the suffering and fighting that got us (women) here!"