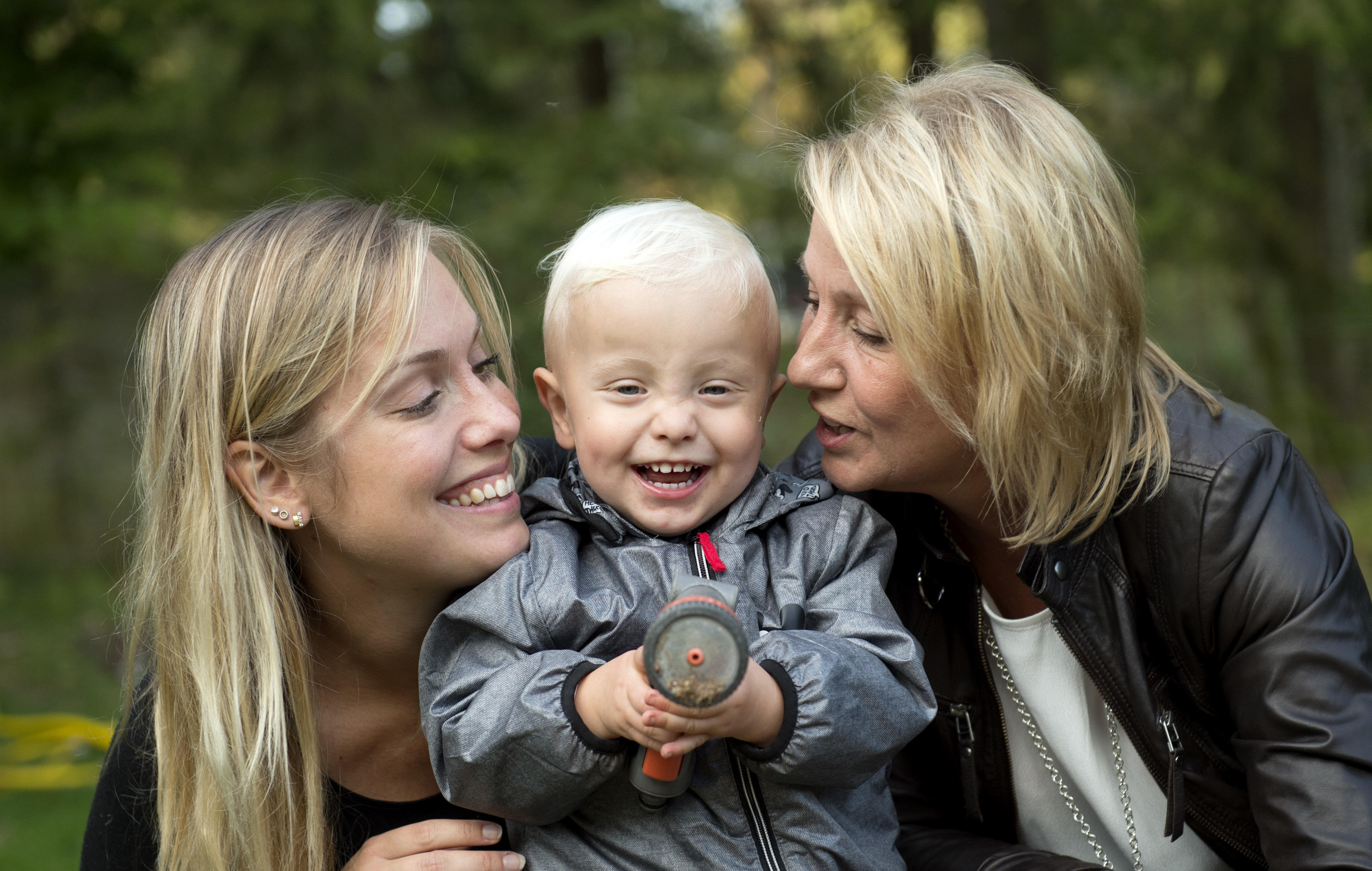 Emelie Eriksson has a bond with her son that hardly seems possible: She and her son were born from the same womb.

Eriksson was the first woman to have a baby after receiving a uterus from her mother.

“It’s like science fiction,” Eriksson, 30, told the Associated Press in an exclusive interview at her home just north of Stockholm. “This is something that you read in history books and now in the future when you read about this, it’s about me.”

Eriksson’s son Albin is now nearly two. She agreed to share her story because she hopes other women who need help having a child will be encouraged and inspired by her family’s experience.

“I hope this will be a reality for everyone that needs it,” she said.

Her operation was performed by Mats Brannstrom, a Swedish doctor who is the only person in the world to deliver babies — five so far — from women with donated wombs. Brannstom believes the operation will one day be common, and he is working with doctors elsewhere, including at Harvard Medical School and the Mayo Clinic in the U.S., to perfect the procedure.

Two of his former team members were involved in four womb transplants at Baylor University in Texas that were announced this week. One was successful but the patient is not yet ready to attempt a pregnancy.

Eriksson was 15 when she began wondering why she hadn’t gotten her period; a doctor discovered she had been born without a womb and explained that she would never be able to carry her own children.

In her early 20s, Eriksson began reading about scientists attempting to create organs from stem cells and was told about the womb transplant research being pursued by Brannstrom.

She described the novel project to her mother one Sunday evening in Stockholm.

“I thought this was something that could only happen (far) in the future,” said Marie Eriksson, 53. “But then I said to Emelie, ‘I’m so old, I don’t need my womb and I don’t want any more children,” she said. “This is your only chance to have a child and you should take it.”

Eriksson emailed Brannstrom and after several trips to Gothenburg and dozens of medical tests for both Ericksson and her mother, they were accepted into his trial testing the pioneering transplant.

“I’d known all my life that I wouldn’t be able to be pregnant,” Eriksson said. “But maybe now there was a small, small chance for me.”

Eriksson’s husband, Daniel Chrysong, agreed to go ahead after meeting Brannstrom and being reassured he wasn’t “some lunatic doctor.” Still, he doubted it would succeed.

“I thought (we had) a bigger chance of winning the lottery,” he said.

The night before her and her mother’s operations, Eriksson said, was the first time that she was genuinely afraid, mostly because her mother was terrified of the anesthesia.

“I thought, ‘what if it doesn’t work and my mom still has to do this surgery?’” Eriksson said.

She had two mild rejection episodes in the months after the surgery, but doses of steroids helped them pass. After a year, Eriksson was finally ready to attempt to get pregnant. Brannstrom’s team transferred a single embryo into her womb, which Eriksson and Chrysong had created during in-vitro fertilization.

The first pregnancy test was negative. Eriksson was discouraged, but took another test a week later: that one was positive.

“When I called my mom to tell her, she was like, ‘I knew it!’” Eriksson said. She said her mother told her, “I knew I had a good womb.”

Eriksson was only convinced they had succeeded when she heard her newborn son scream in the delivery room.

“I realized that everything had worked,” she said.

Chrysong was so overcome that he fainted and had to be watched over by the anesthesiology nurse on the floor of the hospital room.

Eriksson said that she and Chrysong intend to one day explain to Albin exactly how he was born.

“I’m not sure he will understand exactly everything that me and my mom had to go through,” she said.