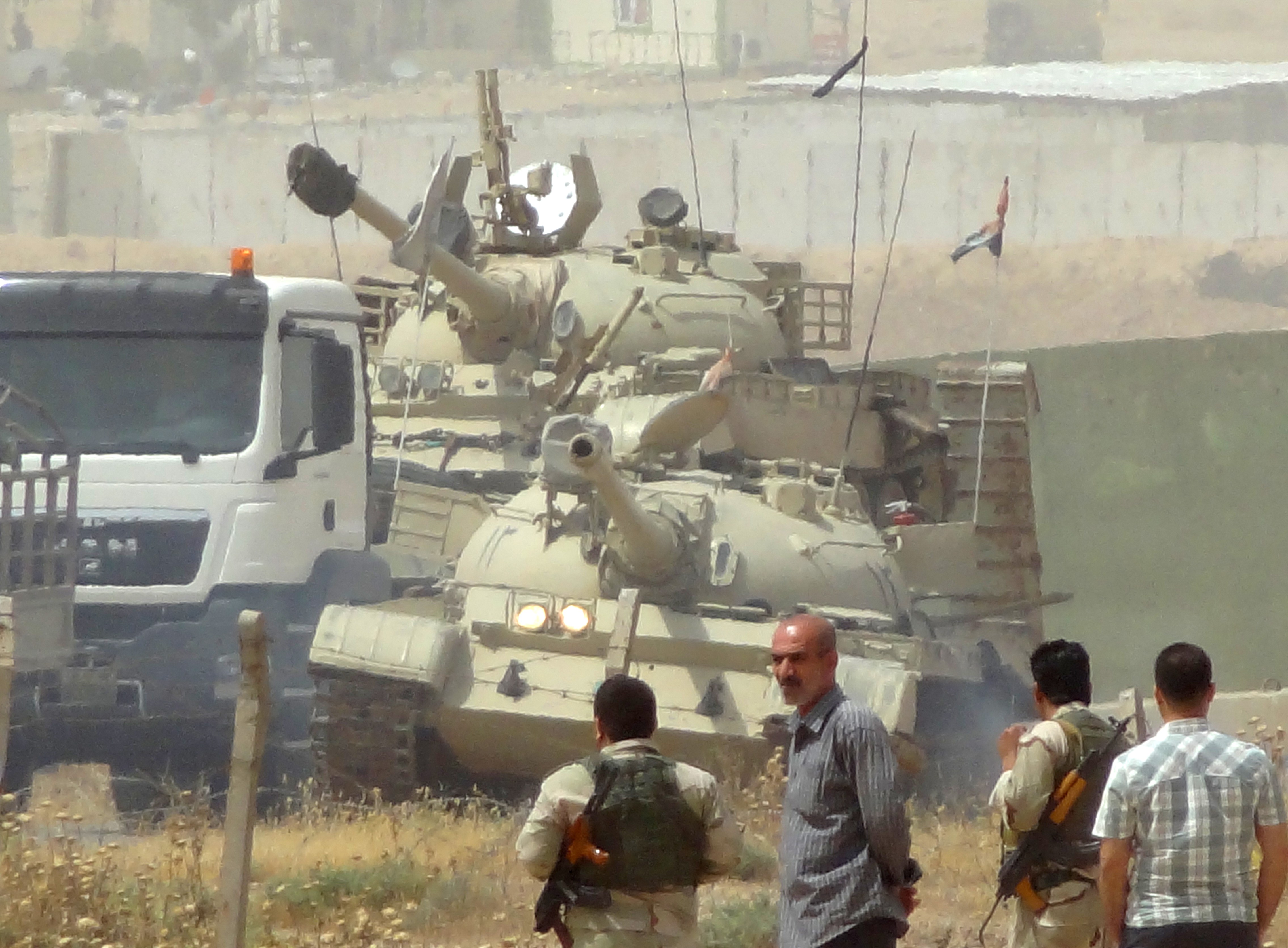 As an al Qaeda splinter group vowed to march on to Baghdad after capturing two key Sunni-dominated cities in Iraq, a Pentagon official told CBS News correspondent David Martin that no decision has been made to provide additional assistance or what it would look like.

Air strikes are being looked at as an option, but "we are no closer (to air strikes) today than yesterday," said the official, who added it was unclear how effective the strikes would be.

CBS News correspondent Holly Williams reported from the city of Erbil that Iraq's government said it is carrying out military airstrikes against militant strongholds. The government released video Thursday showing an airstrike.

A spokesman for the Islamic State of Iraq and Syria (ISIS) said the group had old scores to settle with the Shiite-led government in Baghdad.

The spokesman, Abu Mohammed al-Adnani, also threatened that ISIS (also known as the Islamic State of Iraq and the Levant, or ISIL) fighters would take the southern Iraqi Shiite cities of Karbala and Najaf, which hold two of the holiest shrines for Shiite Muslims.

It is unclear what ISIS's intentions are with regard to Baghdad and it is unclear whether the Maliki forces could hold Baghdad, Martin reported. The assessment is that Baghdad is "in jeopardy," the official said.

Meanwhile, officials told the Associated Press that three planeloads of Americans are being evacuated from a major Iraqi air base in Sunni territory north of Baghdad to escape potential threats from the fast-moving insurgency. A current U.S. official and a former senior Obama administration official said that means the American training mission at the air field in Balad has been grounded indefinitely.

The Pentagon official detailed a long list of equipment either recently supplied or on its way to Iraq but this is all part of the $15 billion arms sales package which the U.S. agreed to accelerate when Maliki was in Washington in December.

However, there is a danger that any U.S. military equipment supplied to Iraq will fall into the hands of ISIS. So far U.S.-supplied trucks and Humvees have fallen into insurgent hands, but the Pentagon says some of the pictures of captured equipment have actually been Photoshopped from elsewhere on the Internet.

ISIS seized effective control Wednesday of Tikrit, Saddam Hussein's hometown, expanding their offensive closer to the Iraqi capital as soldiers and security forces abandoned their posts following clashes with the insurgents. A day earlier, the militants -- possibly aided by regional tribal militias -- took control of much of Mosul.

Meanwhile, President Obama said Iraq will need more help from the United States as it seeks to push back the violent Islamic insurgency.

Mr. Obama did not specify what type of assistance the U.S. would be willing to provide, but said he had not ruled out any options.

"We do have a stake in making sure that these jihadists are not getting a permanent foothold in either Iraq or Syria, for that matter," Mr. Obama said during an Oval Office meeting with Australian Prime Minister Tony Abbott.

Iraq has been beset by violence since the last American forces withdrew in late 2011.