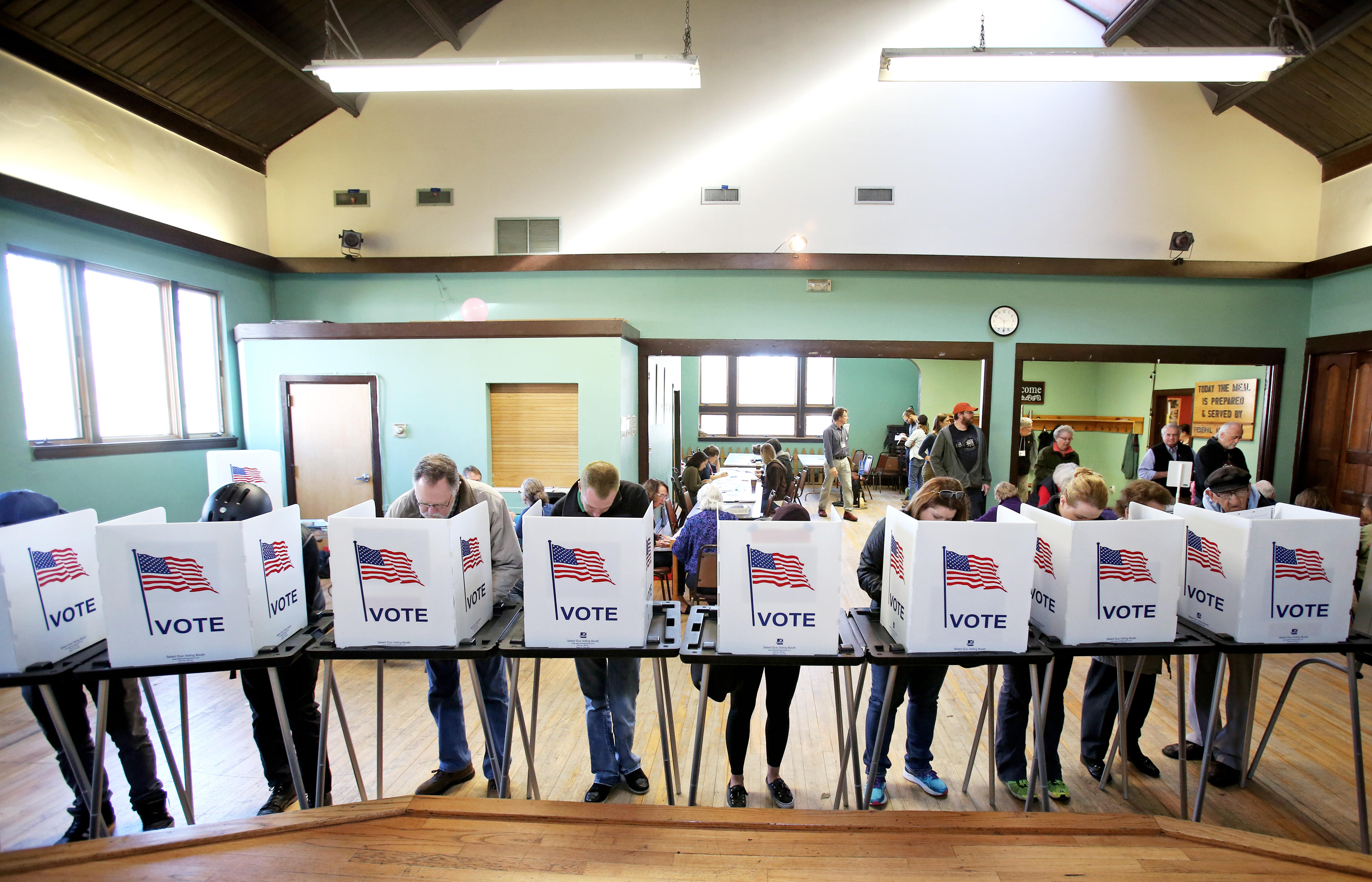 Wisconsin’s recount of the presidential election is expected to begin Thursday, according to the state’s election commission -- assuming the Green Party’s Jill Stein and Reform Party candidate Roque De La Fuente come up with the $3.5 million the state has estimated it will cost.

The Green Party’s Jill Stein and Reform Party candidate Roque De La Fuente petitioned the state for a recount on Friday. They must pay for the recount in full by Tuesday at 4:30 p.m., “or there will be no recount,” Wisconsin Election Commission chairman Mark Thomsen said Monday.

The cost of the recount was initially estimated to be about $1.1 million by the Green Party, but the commission’s fee announced Monday evening -- which is based on county and municipal clerks’ cost estimates -- was considerably higher. The state must complete the recount by the federal deadline of Dec. 13.

Stein had pushed for a statewide hand recount of the ballots, but the commission voted that down. Instead, the votes will be recounted by machine.

As it stands, Donald Trump currently holds a lead of 27,257 votes over Hillary Clinton in Wisconsin.

Thomsen told reporters Monday that he expected that “given the history of how elections are conducted in Wisconsin and their accuracy and my trust in our citizens who are counting these votes that the outcome is not going to be different.”

He also strongly refuted any suggestion that illegal votes were included in the original count.

“[W]e have our fellow citizens, 1,854 municipal clerks, 72 county clerks, and all the volunteers, you know, they counted,” he said. “It’s very very decentralized and to say that we didn’t count them correctly the first time, you know, that it somehow -  there were illegal votes being counted was really inappropriate.”

Stein has raised the possibility of hacking in her justification for the recount, suggesting on her website that there are “significant discrepancies in the vote totals” and “reported hacks into voter and party databases and individual email accounts are causing many American to wonder if our election results are reliable.” Stein’s website was not specific in its allegations, though, saying only, “To give you a sense of the problem, the voting machines used in Wisconsin were banned in California after they were shown to be highly vulnerable to hacking and malicious programming due to lacking security features.”

If the margin had been under 0.5 percent, the state would pay for the recount, but the current margin of 27,257 is just under one percent -- the tally currently stands at 1,409,467 for Mr. Trump and 1,382,210 for Clinton. But Stein isn’t short of money for the effort -- she has so far raised over $6 million for recount efforts in three states including Wisconsin.

Should the candidates disagree with the result of the recount, they are able to appeal in circuit court within five days of the completion of the recount.